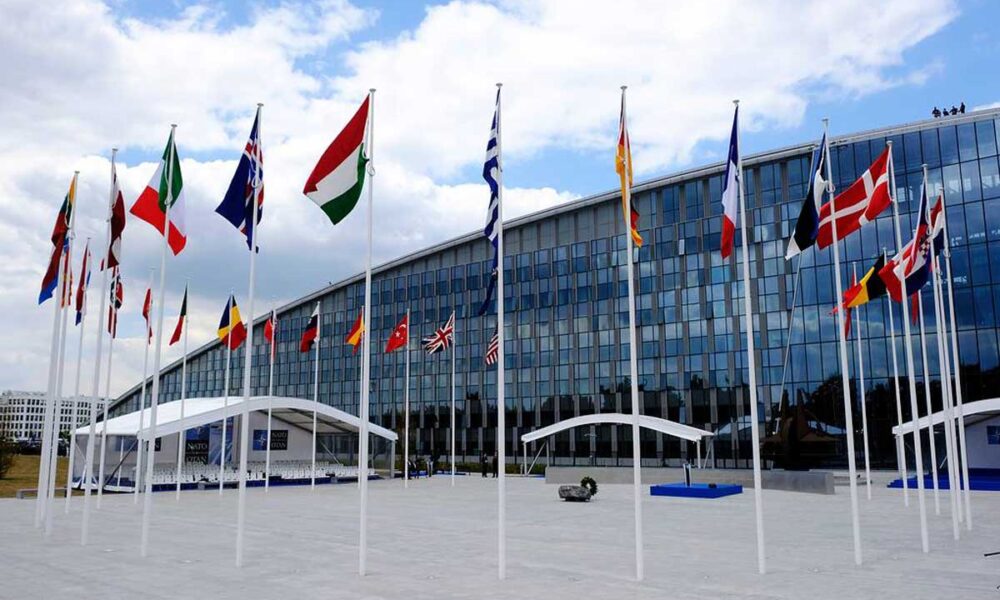 Ukraine’s EU integration plan is not good for Europe

At the end of the summer, Estonia, in the person of its president, Kersti Kaljulaid, became the first EU country to declare that Ukraine remains as far removed from EU membership as it is it was after the â€œrevolution of dignityâ€ – the events of 2013-14 in Kiev, which toppled the wavering pro-Russian Ukrainian president Viktor Yanukovych. Soon after, the ambassador for Estonia’s neighbor Latvia to Ukraine echoed Kaljulaid’s statement, albeit in a slightly milder form. This was bad news for the current authorities in Kiev, especially in the midst of the celebration of Ukraine’s 30th anniversary.e independence anniversary and the “Crimean Forum” which, according to President Zelensky’s plan, was supposed to rally international support for the country in its confrontation with Russia. However, over the past seven years Ukraine has been a serious problem for the EU, which is becoming increasingly difficult to resolve.

In 2014, the Kremlin’s response to the overthrow of its ally Yanukovych was just as harsh as it was when pro-Western elites came to power in Kiev. Without firing a single blow, Russia annexed Crimea, the major base of the Russian Black Fleet, and populated by a Russian-speaking majority, many of whom sincerely welcomed the region’s reunification with Russia. Meanwhile, a civil war broke out in the also Russian-speaking southeast of Ukraine, where local separatists were actively supported by Moscow. Europe then realized that it was now necessary to step up the pressure on Russia and to support the nascent democratic transformations in Ukraine. However, the country’s successive pro-Western presidents, Petro Poroshenko and Volodymyr Zelensky, who shared European values, have since achieved no significant results in European integration. Plus, they’ve gotten involved in U.S. election scandals and the war of compromising evidence, and they don’t come across as independent figures. In addition, they constantly made one mistake after another. In two major battles with the separatists near Debaltsevo and Ilovaisk in 2014-15, the Ukrainian armed forces suffered a crushing defeat, despite the rise of patriotism backed by American and European support. Closing borders with Russia has divided families and left tens of thousands of people out of work. Inane language policies and enraged nationalism divided the nation of Ukraine, which had just begun to form, with widespread corruption plunging the country into poverty.

In their clumsy effort to prove their adherence to European values, Petro Poroshenko, and after him Volodymyr Zelensky, both made clumsy attempts to prove their adherence to Western values, starting to put the interests of the country’s LGBT community first. As a result, homosexuals gained prominent positions in the leadership of the country, and the square in front of the Presidential Palace became the site of almost weekly gay pride parades. This open disregard for the conservative values â€‹â€‹of the overwhelming majority of Ukrainians has led to an even greater division between the ruling elites and the nationalists, who now disagree with the Zelensky administration on many issues – another gigantic hindering issue. the European integration of Ukraine.

The point is, Ukrainian nationalism has ancient and very controversial roots. First fighters for independence, right-wing Ukrainians quickly joined the camp of Hitler’s admirers and committed a number of serious war crimes not only in Ukraine proper, but also in the territory of neighboring Poland. . Their heirs now honor Hitler and Ukrainian collaborationists, deny numerous crimes of Nazism and espouse anti-Semitic views unacceptable to Europe. Moreover, they do not see Russia as their only enemy, actively provoking conflicts with the Poles and accusing them of “genocide of the Ukrainians” during the 1930s in the territories which until 1939 were part of the Polish state.

During Ukraine’s seven-year ‘pro-Western turn’, the local right, which was already an organized force, was reinforced by veterans of the Donbass War, members of the country’s military and security forces. . They have long been viewed by Washington as important allies in the fight against Russia, failing to see true neo-Nazis hiding under patriotic slogans. Now it is exactly these people who are interrupting gay parades in Kiev and crippling LGBT activists. They do not feel the need for European values â€‹â€‹because they take the legacy of the Third Reich much more to heart. Thanks to visa-free travel to Europe, they became regulars, and often the strike force, of neo-Nazi rallies from Germany to Spain. They are ready to kill refugees from the Middle East and burn synagogues. Moreover, some of them have retained ties with their neo-Nazi Russian brethren, who, although in deep opposition to Vladimir Putin, continue to propagate the idea of â€‹â€‹the superiority of the Slavic race.

President Zelensky and his administration are smart enough to distance themselves from the local right. In addition, they are detained, and sometimes their gatherings are interrupted by the police (but without any consequences for the leaders). Even though the ultra-nationalist Right Sector lost its seats in parliament in the last election, it retained its hard core and influence. The de facto neo-Nazi leaders maintain good contact with the apparently liberal presidential administration and are therefore immune from prosecution. They also go to Europe, where right-wing sentiments are very popular.

Meanwhile, President Zelensky continues to unnecessarily lose soldiers along the “line of contact” with the separatists, unable “to be strong with his weakness” and to establish a full-fledged truce in a war that he doesn’t want to win yet. As a result, more and more illegal weapons are infiltrating the central regions of the country from the front lines and many soldiers, weary of the war, are now joining the ranks of right-wing activists! They are by no means pro-European activists. They will be just as happy to beat up LGBT members and destroy a refugee camp as the Russian embassy. The authorities simply cannot seriously fight them because ultranationalists have too many supporters in the state apparatus and too many activists capable of plunging Kiev into chaos in a matter of hours. No wonder post-Soviet countries like Estonia and Latvia, which themselves had problems with nationalism and the justification of local collaborationists, were the first to raise their voices in criticism of Kiev.

Well, Ukraine could and should be seen as a potential new member of the EU. However, he must be forced to eradicate Nazism, instead of organizing gay prides in downtown Kiev just to show the elites’ adherence to European values! Otherwise, we would have a faction of true neo-Nazis in the European Parliament, to which any member of the European far-right would look like moderate conservatives. In addition to eradicating corruption, President Zelensky must eradicate neofascism, which threatens Europe like his own country. Only then can we talk about European integration. In the meantime, we have to admit that, as the Estonian president said, seven years of “European democracy” have not brought Ukraine closer to a united Europe …

Ukraine legalizes virtual assets: this is what the new law says