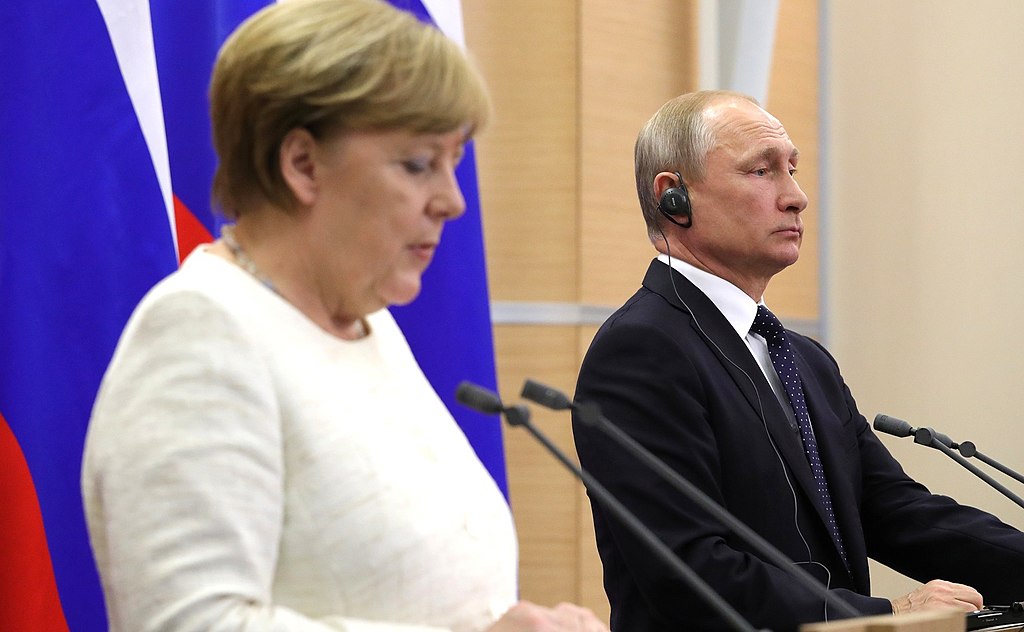 Ukraine is struggling to internationalize the Crimean problem. For the West, this issue has been put on the back burner and energy ties with Russia appear to be the priority, at least for the next 25 years.

According to German Chancellor Angela Merkel, Europe will have to gradually achieve climate neutrality by 2050, which means that in 25 years â€œno gas, or very small volumes of gas, will be supplied to Europe from Russia. “. It should be noted, however, that in 2014 the European Union adopted the Energy Performance of Buildings Directive which required all new public buildings to be almost zero energy by 2018 and all new buildings to be nearly down. zero energy by the end of 2020 Given that such an idea has not been fully implemented to date, it is questionable whether the EU will manage to implement its decarbonisation agenda by 2025 Meanwhile, most European countries, including Germany, are expected to remain dependent on Russian energy. This is why for German policymakers, and in particular for the country’s companies, the construction of the Nord Stream 2 gas pipeline is of much greater importance than the statute of Crimea or a possible solution to the endless conflict in the Donbass between Western countries -supported by Ukraine and forces sponsored by Russia.

During her recent visit to Kiev where she met Ukrainian President Volodymyr Zelensky, Merkel said “natural gas should never be used as a geopolitical weapon”. That, however, does not mean that Russia will not try to take advantage of its position as a â€œgas station masquerading as a countryâ€. Before her trip to Ukraine, the German Chancellor met Russian President Vladimir Putin in Moscow, trying to convince him to extend the gas transit contract with Ukraine which expires in 2024, so that Kiev can continue to receive billions. dollars for transit charges. The Kremlin, for its part, is ready to negotiate. Russian leader openly said that a gas transit agreement with Ukraine will depend on the signing of contracts by European consumers with the Russian energy giant Gazprom. In other words, if European companies agree to buy large quantities of Russian natural gas after 2024, Gazprom will extend the gas transit contract with Kiev.

Ukraine, on the other hand, expects a minimum transit of Russian natural gas. Currently, the gas transit contract between Ukrainian state-owned company Naftogaz and Gazprom brings Kiev an annual income of around $ 3 billion. There is no doubt that the future of gas transit via Ukraine to Europe will depend on broader geopolitical agreements between Russia and the West, while Ukraine will continue to be treated as a political object rather than as an autonomous actor on the international scene.

On August 23, just a day after Merkel’s meeting with Zelensky, Ukraine hosted an international summit dubbed the Crimean Platform, the aim of which was to raise awareness of the Crimean question. The event attracted officials from over 40 countries, but not the German Chancellor. Instead, Germany was represented by Economy and Energy Minister Peter Altmaier, which is another indication that for Berlin energy and business take priority over territorial disputes of Ukraine with Moscow. On top of that, it became clear that Germany had no plans to sell arms to Ukraine, which drew criticism in Kiev.

In addition, some European leaders who attended the summit verbally supported Ukraine’s ambitions to return Crimea to its jurisdiction, but mainly used the event to improve the positions of their own countries. For example, Slovenian President Borut Pahor stressed that Slovenia has good relations with Russia and Ukraine and said he hopes the two nations will solve their problems.

â€œI have come here too to call for a sincere dialogue between Ukraine and the Russian Federation. As a fervent defender of good neighborly relations, I sincerely hope that Ukraine and Russia will one day settle their bilateral relations in one way or another, â€Pahor said.

From the Ukrainian point of view, Pahor “stabbed Kiev in the back”, and he was not the only one to do so. Hungarian President Janos Ader – who has no real power at home, given that Prime Minister Viktor Orban is the one pulling the strings in Hungary – has formally supported Ukraine’s sovereignty and territorial integrity, but during the meeting with Zelensky he stressed that â€œthe rights of the Hungarian community in Ukraine were more restricted than they had been under the Soviet Union.

Ukraine is unlikely to get better treatment in the United States. Although Zelensky has insisted on meeting with US President Joe Biden for months, the US leader has repeatedly postponed the summit. Indeed, for Biden, the meetings with Putin and Merkel took priority over Zelensky. The two presidents will finally meet in Washington on August 31, but the Ukrainian leader is unlikely to get what many would expect in the country – firm guarantees that Ukraine will join NATO.

For the foreseeable future, the West will continue to use Ukraine as a tool against Russia – although unlikely as a NATO member – while the Kremlin will continue to use its proxies in the Donbass – although Moscow will not integrate the region into the Russian Federation – as an instrument against Kiev. At the same time, Moscow and its Western partners will continue to develop their energy cooperation. Business is business, after all.

Press review: Moscow’s Afghan weight will be reborn and Hungary remains a key Russian ally in the EU – Press review