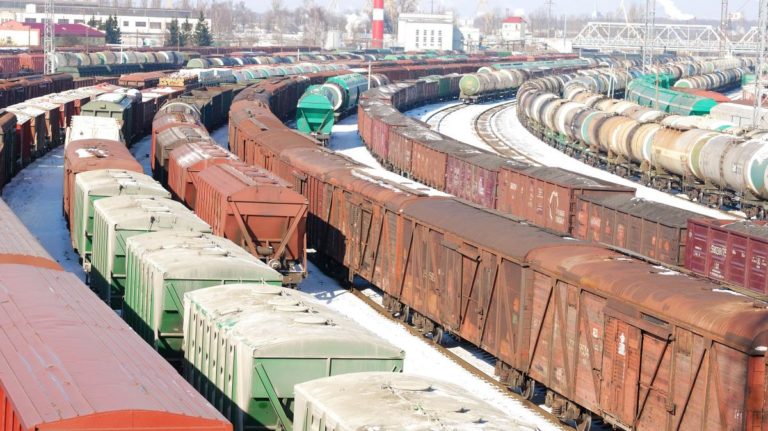 Finance ministers are the pangolins of the world of international diplomacy, solitary and predatory animals, unlike foreign ministers who are like glowworms, bewitching and beautiful animals that create light through their tails. While US Secretary of State Antony Blinken, who was attending the G20 foreign ministers meeting in Bali a week ago, staged a spectacular strike when Russian Foreign Minister Sergei Lavrov stood up to to speak, Treasury Secretary Janet Yellen was content to attend Russian minister Anton Siluanov’s speech at the meeting of the G20 finance ministers and central bank chiefs which began in Bali on Friday.

Indeed, Yellen said his piece – calling Russia’s war in Ukraine “the biggest challenge” to the global economy and all – as Russian Deputy Finance Minister Timur Maksimov, who was present, listened. calmly. But a joint statement is unlikely as the United States pressures G20 allies for a cap on Russian oil prices, where consensus is lacking. All the same, the moderation in Yellen’s behavior draws attention, as she realizes, perhaps, that she is no longer setting the global agenda.

Even a close friend of the United States like the former Israeli foreign minister Shlomo Ben-Ami advises that “Russia has generally succeeded in stemming the tide” on Ukraine’s battlefield and that a “similar shift in Russia’s favor may well play out geopolitically”, meaning that “the consequences to stay on the current path could turn out to be much worse”.

Such voices of reason need to be noticed in Washington. In the past week alone, Washington has shown its willingness to “tweak” Western sanctions against Russia three times in a direction that addresses Moscow’s concerns.

The latest concerns the food crisis where Russia and Ukraine have reached an agreement, by which kyiv will remove mines in the waters around its southern ports so that a “grain corridor” opens up towards the Bosphorus. Meanwhile, Washington has informed international banks, shipping and insurance companies that Western sanctions do not apply to Russian exports of food grains and fertilizers to the world market.

Here again, a potentially explosive situation arose when, on June 18, Lithuania blocked the transit of Russian goods to and from the Kaliningrad enclave. After furious protests from Moscow and warnings of retaliation, the European Commission issued a revised decision on July 13 in “a show of realism and common sense”, as the spokesperson for the Russian Foreign Ministry put it.

According to EU directives, rail transit of oil and oil products, coal, steel and iron, wood, cement and other non-military goods to Kaliningrad will not be banned under sanctions . It is inconceivable that the EU acted without consulting Washington, which likely stepped in to defuse the potentially dangerous confrontation.

Similarly, on July 11, the spokesperson for the US State Department acknowledged that Washington is in favor of lifting sanctions by Canada which would allow Siemens to transfer a turbine urgently needed for the operation of Gazprom’s Nord Stream gas pipeline to Europe, so that Germany’s energy situation does not worsen.

In each of the above three situations, Washington’s position is not to let the current confrontation between Russia and Europe escalate any further. Washington must be acutely aware that war fatigue in Europe is a compelling reality. The farmers’ protests in the Netherlands quickly spread throughout Europe.

British Prime Minister Boris Johnson may have resigned over a political implosion of his own accord, but it was also a process rather than an event, and the state of Britain’s economy on the brink of recession was a major factor. Italy’s government is now on the brink of collapse and once again measures to offset the cost of living crisis have become the focal point of tensions simmering within Prime Minister Mario Draghi’s broad coalition. .

When it comes to Germany, the powerhouse of Europe, all bets are off. The feasibility of reviving nuclear energy production; inflation and the most effective means of combating it; price increase; energy security crisis; the impending industrial closures and large-scale reduction in employment – ​​these have exacerbated cross-party rifts in the coalition government led by Chancellor Olaf Scholz and steadily eroded public support.

Internal disagreements on key issues affect government decision-making and destroy the reputation of the coalition cabinet. The British Telegraph reported yesterday: “Once admired and envied, Germany is now the epitome of the damage misguided foreign and energy policy can wreak.

The newspaper pointed out that Scholz is trying to please both NATO countries and Russia, while “no one respects him” and there are few options for further developments. His prediction: “Either Berlin will suffer a massive setback, accompanied by the collapse of the ruling ‘traffic light’ coalition, or it will capitulate to Putin.”

Indeed, Moscow is tightening the screw. Gazprom warned on Wednesday that it could not guarantee the operation of “critical” equipment on the Nord Stream 1 gas pipeline despite Canada’s decision to return a key turbine after it was repaired.

Yet, not so long ago, Putin predicted that Germany would be the world’s next superpower. Germany is indeed paying a very high price for toeing the US belligerent line towards Russia. The Greens in Scholz’s coalition, in particular, pushed the envelope. Today, Washington has no solutions to offer as the German economy is on the verge of collapse due to the backlash of sanctions against Russia.

The sad truth is that, as China Daily noted“On the European debt crisis of 2011, Germany, with an ample supply of Russian energy thanks to the stable relations with Moscow maintained by Chancellor Angela Merkel, acted as the savior of the European Union… The Germany be able to save the EU this time?”

Certainly, the Biden administration understands that the Western alliance is facing the moment of truth. The “tweaking” of sanctions three times in the past week conveys something.

The influential Russian daily Izvestia wrote on Wednesday that the settlement on the “grain corridor” through the Black Sea can create the atmosphere for the resumption of peace talks between Kyiv and Moscow. The daily quotes Ivan Abramov, deputy chairman of the Federation Council’s (upper house of parliament) economic policy committee, as saying:

“Of course, now any agreement can bring the positions closer. There have been changes in Kaliningrad. Perhaps the success of the grain negotiations will prompt the resumption of peace talks with Ukraine. However, Kyiv should be ready for it.

Abramov hinted that President Putin and his Turkish counterpart Erdogan could discuss new peace talks at their next meeting in Tehran on Tuesday. Deputy Chairman of the Economic Policy Committee of the State Duma (lower house of parliament) Artem Kiryanov also told Izvestia that to stop the special military operation in Ukraine, the conditions declared by Moscow must be met. , but kyiv seems more inclined to rely on Western arms supplies than to sit down at the negotiating table.

In this context, Russian Defense Minister Sergei Shoigu today made an “inspection visit” to the command post of the Southern and Central Groups of the Russian Armed Forces, which leads special military operations in Ukraine, to be briefed by army commanders. on “the current situation, the action of the enemy and the progress of the fulfillment of combat tasks”.

The MOD press release said that Shoigu “has issued the necessary decrees to intensify the action of troop groups on all fronts in order to prevent the massive missile and artillery attacks launched by the kyiv regime against civilian infrastructure, the population of Donbass and other regions”. Shoigu’s emphasis was on consolidating military gains rather than new offensives.