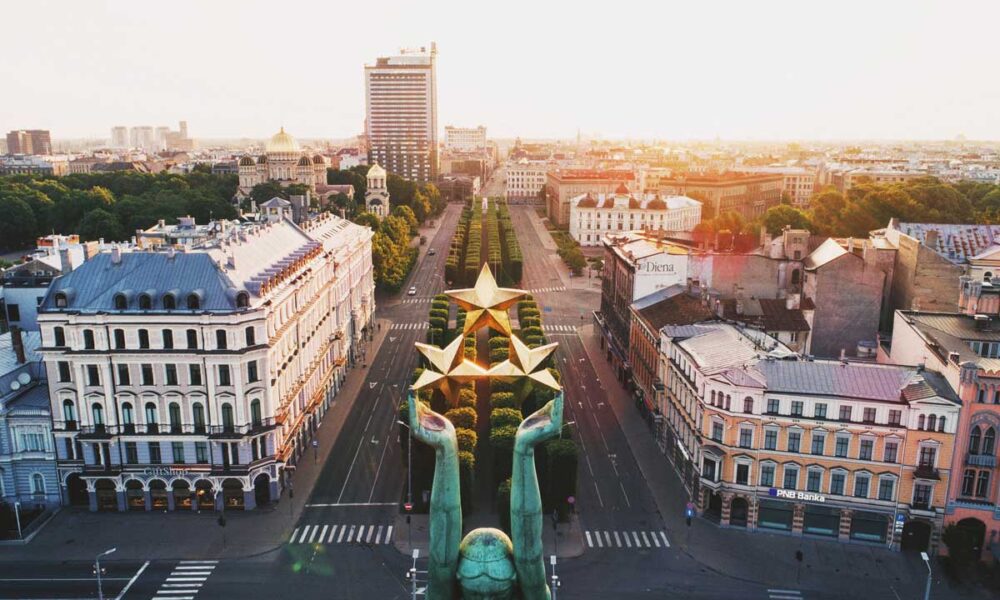 The military conflict between Russia and Ukraine has led to an unprecedented upheaval in the world order that had prevailed for 30 years. It generated colossal losses and risks for both countries. There is a strong likelihood that the hostilities will continue. Apparently, the parties are preparing for another decisive battle. Its outcome is not predetermined and it is too early to summarize the results. However, we can already talk about some consequences for foreign countries. We have already provided such estimates for the major players – the US, EU, India, China and Japan. And now, let’s sketch the possible trajectories for some Eurasian states, located near the borders of Russia.

Turkey seems to be one of the main beneficiaries of the conflict. Ankara skillfully maneuvers, taking advantage of everyone. Turkish diplomacy opposes the Russian military operation, condemns Russian actions and shows solidarity with NATO allies. In relations with the United States and other allies, the country’s position has grown stronger. Prior to the start of the operation, an uncomfortable light had been cast on Turkey by a number of difficult times. There have been Russian arms purchases and related US sanctions, and tensions with the EU over exploration in the eastern Mediterranean, and a suspicious attitude towards Turkey’s role in Syria and Libya, and claims human rights. In the context of events in Ukraine, all these concerns have faded away. Apparently, Ankara is actively supplying Ukraine with weapons, including Bayraktar drones. Their role can hardly be called as important as in the Karabakh conflict, but for the Turkish military-industrial complex, the conflict expands the market and opportunities to show equipment in action.

At the same time, Ankara maintains constructive relations with Moscow. Recep Tayyip Erdogan refused to apply sanctions against Russia. Turkish companies are preparing to fill a whole series of niches freed up after the withdrawal of Western firms from the Russian market. Businesses are created that focus directly on interaction with the northern neighbor. Turkey is becoming a unique traffic hub. Its role as an economic mediator in relations between Russia and the West is developing enormously. The role of intermediary promises huge profits. Of course, some of the dealings will be shady in nature and will cause discontent among allies. However, this is unlikely to reduce the company’s appetite. At the same time, Turkey has shown flexibility in its financial relations with Moscow. The key conditions for successful trading under the new conditions have been created. Turkey accepts Mir cards (Russian version of Visa or MasterCard). Most likely, bilateral financial transactions and trade will not be a problem.

At the same time, Ankara is trying to play a mediating role in resolving the conflict. So far, these efforts have not been successful. But not a single Western actor, although some are formally neutral (Switzerland, Finland, Sweden), can today assume such a position. Post-Soviet countries are unlikely to face it either. Turkey, on the other hand, has sufficient political weight, it is part of the Western security community and at the same time plays an independent role. The Ukrainian crisis has reinforced Ankara’s status.

Azerbaijan is another winning player. Baku maintains partnership relations with Moscow, but it does not have excessive obligations. The current crisis has greatly increased the demand for Azerbaijani oil. The country will receive significant revenues. At the same time, Azerbaijan remains a partner of the US, UK, EU and other Western players. The Ukrainian crisis could also divert Russia’s attention from the Karabakh issue. Azerbaijan is unlikely to abuse such a change, but Baku and Ankara are monitoring the situation closely.

Armenia also receives its bonuses from the conflict. Tens of thousands of Russians settle in Yerevan. We are talking, among other things, about active and passionate businessmen working in the IT sector. Armenia has become a convenient hub for them, offering a comfortable cultural environment, the possibility of a long visa-free stay, relatively convenient procedures for obtaining a residence permit, and the availability of financial services. Yerevan has become the optimal solution for small and medium entrepreneurs working on the export of their intellectual services. The country receives an influx of human capital, and with it a possible economic effect. At the same time, Armenia remains a vulnerable country. Excessive international turmoil and fluctuating commodity prices are not in its interest.

Part of the migration flow from Russia also rushed to Georgia. Tbilisi has distanced itself from the sanctions war, not wanting to suffer losses in the Russian market. The country remains oriented towards the West, but clearly does not want to worsen relations with Moscow. Georgia’s main interest is to prevent the reopening of territorial disputes in the face of developments in Ukraine. The balance of losses and gains for Georgia is not yet clear.

Kazakhstan also acts as a hub for Russian companies. Here, too, a large influx of human capital from Russia is possible. Kazakhstan is a big market. Much has also been done here to develop the financial infrastructure, including the establishment of the Astana International Financial Center. Kazakhstan has a long border with the Russian Federation, which creates opportunities for the re-export of goods to Russia. The country’s authorities have said they will not circumvent Western sanctions. But they may well fill niches vacated by Western companies due to corporate boycotts. Many possibilities remain for the supply of their products to Russia via Kazakhstan without the sanctions regimes being violated. Their skillful implementation will benefit the country. Like Azerbaijan, Kazakhstan benefits from rising energy prices.

Armenia, Georgia and Kazakhstan can be considered the main beneficiaries of migration from Russia. At the same time, the question of the stability of such a flow remains open. The Russian government has sent two important signals. The first is that the country does not plan to turn into a repressive state with mobilization and a command economy, in which there will be no place for the market. The second is to create the conditions for market liberalisation. After the shock of the early days of the conflict, such signals could encourage a reverse flow of human capital to Russia. Access to financial services for international transactions remains a challenge. However, over time, this problem will be resolved. After building “alternative airfields” in neighboring countries, business may well return to Russia.

Turkmenistan stands to benefit tangibly from higher gas prices. Kyrgyzstan and Tajikistan, on the contrary, could lose due to reduced remittances from Russia due to market contraction. Uzbekistan is more stable in this regard due to the larger scale of the economy.

The Republic of Belarus will suffer the impact of Western sanctions. They will be partly offset by deepening commercial ties with Russia. But due to the contraction of the Russian market, the effect of such a partnership could be weaker than expected. In addition, the structure of relations between the Republic of Belarus and the EU differs from similar relations with Russia.

The Republic of Moldova is a “loser” in this crisis. The country has received a large number of Ukrainian refugees. Brussels will provide financial assistance to Moldova to work with refugees. But the social burden on the economy can still be significant. Furthermore, Moldova is facing a significant increase in fuel prices, which will also inevitably affect economic growth.

Finally, two other neighboring countries, Iran and North Korea, should be mentioned. Tehran has a unique window of opportunity. The risk of a shortage of oil on the world market could force the United States to make some leniency in the sanctions regime. Iran could take a tough stance first, then lower its demands to reach a compromise acceptable to Washington. The big question is how long the United States will relax its pressure on Iran, if at all. However, the very fact of such a possibility is indisputable. As for North Korea, it benefits at least from the fact that the losses are borne by its main adversaries: the United States, Japan, South Korea, etc. Their losses are not fatal, and they are not automatically converted into dividends for Pyongyang. But the West now appears as a much more dangerous adversary, which has become for it the main “world villain”, covering the DPRK with its giant shadow. It is possible that in relations with Russia, North Korea is trying to gain tactical advantages. For example, Western pressure can induce Moscow to turn a blind eye to its neighbor’s oil supply, the employment of Korean workers, the influx of foreign currency, access to manufactured goods, etc. It is unlikely that Russia will fully engage in such cooperation. Yet he is a co-author of the UN Security Council’s restrictive measures in response to Pyongyang’s nuclear missile program. But certain tolerances in Russian politics are quite possible. They are also possible in Chinese politics.

For most of Russia’s neighbours, the conflict between Moscow and Kyiv opens up great opportunities. Time will tell exactly how they will use them. However, all should bear in mind the scenario of an escalation in the level of a military confrontation between Russia and NATO. Such a collision could negate many of the benefits discussed above.

Governments are tightening their grip on global food stocks, driving up prices