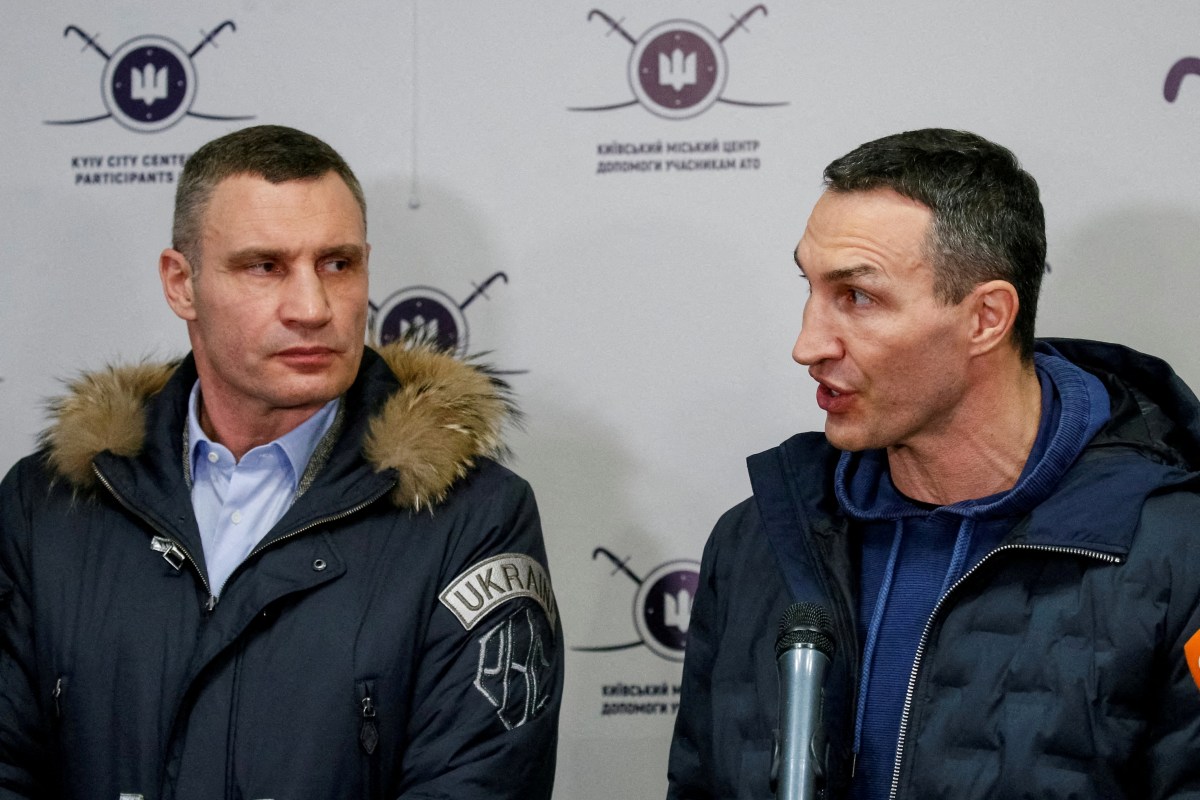 FIGHT boss Tom Loeffler should be in fine form.

His top fighter Gennady Golovkin is preparing to travel to Japan for a world middleweight title unification bout with Ryota Murata next month.

Before that, on St. Patrick’s Day, his latest signing – Cork boy Callum Walsh – will return to action following his spectacular knockout debut in December.

But Loeffler can’t help but reach for the remote to check the news, or scroll through fate on his phone, as he waits for news from Kiev.

The Californian promoted the two Klitschko brothers, who took up arms to defend the city against Russian invaders, and are ready to die doing so.

Loeffler said The Rocky Road Irish News Podcast“We signed Callum Walsh and normally it would be a huge thing that we would celebrate and I would be in a good mood with that but with everything going on in Ukraine it’s like totally downplayed in my world.

“It’s hard to celebrate until I know the Klitschkos and my other friends in Ukraine are okay.

“I have been there 10 or 12 times over the years and have met many friends through the two brothers.

“It’s hard to really focus on something positive when their life is in danger there.

“I hope they overcome this challenge with Putin and that Ukraine remains a free and democratic country – and we can all be together again at some point.

“But until then, I know it’s going to be a lot of sleepless nights.

“With the jet lag here, that’s where it all starts there.

“It’s tough but we have to keep things going here with Callum and GGG. But it will always be on your mind.”

Loeffler convinced Klitschko’s older brother Vitali to set up a promotion company with him which became operational in 2004.

Also came on board was Wladimir, both of whom won world heavyweight titles and eventually came to dominate the division until the younger brother’s loss to Tyson Fury 11 years later.

Vitali had become mayor of the country’s capital the previous year and now the brothers have sworn to defend it against Vladimir Putin’s death squads.

They were joined in the fight by fellow world champion boxers Oleksandr Usyk and Vasyl Lomachenko who were also pictured in military gear, carrying guns, ready to die for their country if need be.

Loeffler added: “It’s really a difficult situation for Vitali and Wladimir there in Ukraine.

“Challenging” doesn’t even describe it, it’s really life or death for them now and for many brave Ukrainians who are just trying to keep Putin out of their country and survive.

“It’s been a lot of sleepless nights here, they’re on the other side of the world and I feel helpless but as long as they get the guns and ammunition and the support they need from the rest of the world they’ll do it. fight themselves.

“There are so many other world champions there, Usyk, Lomachenko is there, I work with another world class Ukrainian fighter named Serhii Bohachuk and he is there. . . their struggle is real.

“It’s hard to watch him on the news.

“Some people say they could be spokespersons outside of Ukraine and try to rally international countries to support their country.

“But I have to give them a lot of credit – Vitali would never run away from a fight as mayor of Kyiv, he will fight to the death for his country, for his freedom, for his life.

“And Wladimir, 100%. He was based in Germany and he had a place in Florida that he went back and forth to, and he could live wherever he wanted – but for the past three years he’s pretty much committed to being there in Ukraine.

“He always supported his brother, there is no doubt about it, but now he takes up arms and defends the city, as President Zelensky said.

“The president was offered safe passage out of the country and he said, ‘I don’t need a ride, I need ammunition.

“They are all engaged. The Ukrainian fighting spirit and character, I think that’s why they’re all so disciplined and all so good in the ring.

“And Vitali and Wladimir exemplify that to the highest degree.

“Even though they had the opportunity to get out of the country and try to support the effort…they are there to inspire their people. That’s why the president hasn’t left.

“If personalities and athletes like Vitali and Wladimir left, what would keep the normal citizens there and the military to fight?

“They are trying to inspire them to push back this indescribable force that Putin has unleashed on them.

“I just hope the weapons that Europe and the United States – which frankly came way too late. . . Vitali was giving interviews a month, two months before all this happened saying, “We need your support, we need weapons, we need something to help us keep Putin out.” .

“He saw the writing on the wall and now that Kyiv is surrounded, now everyone has come together with sanctions and sent weapons over there and I just hope he doesn’t is not too late.

“I regularly texted Wladimir as Putin arrived in the country.

“I say Putin because the Russian people don’t want this war and I doubt that the Russian army even wants this war.

“Putin should be held accountable as much as possible as a war criminal for what he unleashed in this country, splitting so many families and killing so many innocent people.”

Top boxers who armed themselves in this fight had targets placed on their heads.

Reports indicate that Putin has sent mercenaries to Kiev and the Klitschkos are at the top of their list.

Loeffler said: “I’m sure Vitali as mayor of Kyiv and Wladimir as a high profile figure they are also up, you can’t get Putin past anything at this point.

“When he attacks residential areas with rockets, planes and tanks, it just seems like they are outgunned.

“But you have to give the Ukrainian military and their civilians who take up arms credit for resisting.

“I think Putin underestimated the desire and the will of the Ukrainian people.

“They were supposed to take Kyiv in two or three days and it’s starting to drag now.

“There are 35 million people in Ukraine and with this aggression they all seem to be against Putin.

“And it seems the majority of the world is too.

“As long as they can hold out until some of these weapons are delivered to them, then that’s really what they need.

“Wladimir and Vitali were both successful in the ring, saved all their money where they could live where they wanted in retirement, but Vitali chose to run for mayor in 2014 to end some of the corruption for which Ukraine was known after the Soviet Union and tried to westernize the city and the country.

“Wladimir is helping him 100% now, supporting his brother and taking up arms in Ukraine.

“And if anyone can do it, it’s Wladimir and Vitali. I have the utmost respect for both of them.”