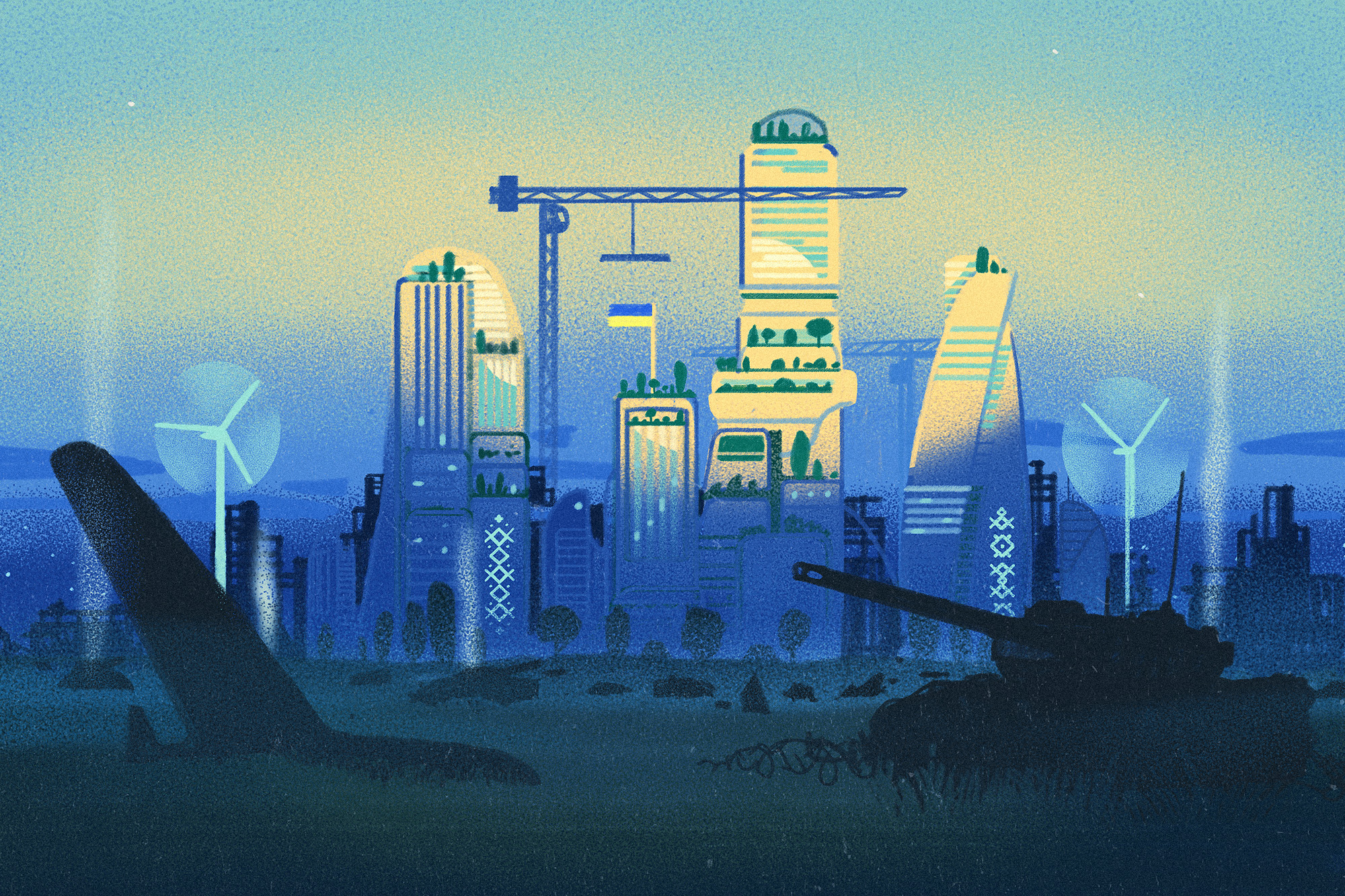 The parallels between post-war Europe and Ukraine are many. Like Europe at the time, Ukraine will need additional manpower and a cascade of funds to rebuild a tattered economy, Williams said. Concrete example: architects represented only 0.08% of the total population of Ukraine before the war (compared to 0.25% in the enlarged EU), far too few for the country to be able to rebuild itself, the National Union of Architects by Lidiia Chyzhevska of Ukraine told a panel on Ukraine’s reconstruction at a United Nations rally in June in the Polish city of Katowice. And as with post-World War II Europe, the geopolitics at play created a desire to “annoy” and “exclude” Russia, Williams said.

But, unlike that era, it is a desire to play on the EU’s “current obsessions” rather than those of the United States that drives the reconstruction plan being drawn up, Williams added. “Maybe it’s because they want to integrate Ukraine into the future of Europe,” he said. These obsessions include the European Green Deal, a set of policy proposals aimed at making the bloc climate neutral by 2050, the professor added.

One of the ways out of this problematic relationship would be for Ukraine to implement the European Green Deal’s renewable energy target of at least 32% by 2030, said Andrian Prokip of the Ukrainian Institute. for the future, another Kyiv think tank.

In a video interview in May, Irina Stavchuk, then deputy minister in Ukraine’s Ministry of Environmental Protection and Natural Resources, argued that sprinkling the landscape with renewable energy sources would not only benefit the environment and help Ukraine’s energy independence, but would also decentralize its electricity sources, and in turn strengthen the security of the system “if something happens”. When asked to clarify what she meant, Stavchuk said with a dark laugh, “I just don’t want to think that Russia will invade us again.” (Stavchuk has since left his post as deputy minister following the appointment of a new minister.) to conventional power plants,” he said, as renewable sources like solar and wind farms are more dispersed than thermal or nuclear power stations for the same amount of energy produced.

Ukraine’s EU bid could partly fund its adoption of the low-carbon practices Stavchuk mentioned. To be sure, Ukraine’s climate policies have moved closer to those of the EU since it made its first attempt to join the bloc in 2014 by signing the European Union-Ukraine Association Agreement, said Tibor Schaffhauser, who co-founded Green Politics. Center, a Hungarian climate policy think tank. Under such pacts, non-EU countries must start adopting the bloc’s rules on several fronts, including in the area of ​​climate and energy policy, as a precondition for advancing their candidacy. Already before the war, Ukraine had done so very diligently and somewhat faster than Moldova and Georgia, two comparable countries that also harbor ambitions of EU membership, Schaffhauser said.

In 2019, Ukraine banned hydrofluorocarbons, the greenhouse gas widely used in refrigeration. That same year, it passed legislation to measure its greenhouse gas emissions, known as the Monitoring, Reporting and Verification System. This decision is necessary to put in place national cap and trade systems, and it would eventually allow Ukraine to join the European Union’s emissions trading system, a pillar of the policy of the EU to combat climate change. Then, five days into the war, Ukrainian President Volodymyr Zelenskyy rushed his country’s EU bid, pleading with the bloc to grant him “immediate membership” in the face of the Russian invasion. Just four months later, the EU largely acquiesced, granting him candidate status.

The step was hailed as a symbolic step. But Marie-Eve Bélanger, a senior researcher at the Swiss university ETH Zurich, argues that the impact of the major funding the EU will channel to Ukraine due to its candidate status should not be ignored. Belanger estimates that, based on the size of Ukraine’s population, she could rake in more than $696 million a year as an EU candidate. Last year, for comparison, Ukraine received $140 million in aid from the EU to neighboring countries, the researcher said. The new influx of money, in addition to reconstruction funds, represents an additional channel through which the bloc could encourage climate-friendly reconstruction by conditioning money on low-carbon policies, she said.

Whether Ukraine will find a way to keep its promises remains to be seen. Environmentalists’ criticism of the government’s proposed Ukraine stimulus package ranges from “scattered” to downright “anti-environmental” due, for example, to proposed projects that would facilitate timber extraction. The draft plan has also been criticized for proposing to speed up a process that normally requires in-depth measurement of the environmental impact of planned industrial facilities.

For Andriy Andrusevych, senior policy expert at the Society and Environment Resource and Analysis Center, a Lviv-based think tank, the jury is still out on whether the plan will meet Zelenskyy’s political agenda of seize the moment to align the country. with the EU and its low carbon policies. The National Council for the Recovery of Ukraine from the Consequences of the War, a body established by the President, is still finalizing the draft plan.

The latest version of the plan encourages energy efficiency and a low-carbon steel industry powered by clean hydrogen rather than dirty fossil fuels, Andrusevych said. The analyst views these medium-term goals as merely “declarative,” with no economic modeling to back them up. Yet he also cautions against viewing commitments as “just window dressing.” Indeed, “the political will is very strong to implement these reforms as soon as possible so that we can qualify to enter the EU on these technical bases,” he said.