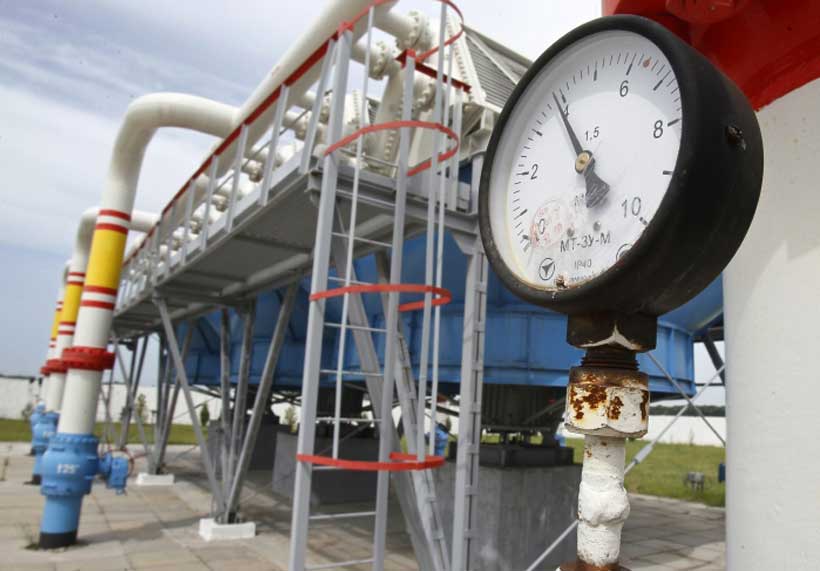 The long history of gas transit through independent Ukraine began with Kiev’s initial refusal to pay anything for Russian natural gas, both for transit to Europe and for domestic consumption, under pretext for fraternal relations between the former Soviet republics. It later cost the Ukrainians a paltry $ 25 for 1,000 cubic meters of Russian gas, and that ridiculously small amount remained unchanged for some time. The significant amount of Russian gas supplied at a reduced price, as well as the oil resources available in the country, were distributed by the country’s greedy elite in the following ways: minus the money that filled bureaucratic pockets) and gas. Russian – to industry (plus the corruption component).

Then came the Ukrainian revolutions and Kiev’s desire to join “Euro-Atlantic structures” and the desire to “get out of the Russian gas needle and prevent the Kremlin from using energy as a weapon”. Ukraine has tried and still tries to believe all of this by playing the role of the collective West and hoping that the West will compensate Kiev for the losses caused by its revolutionary efforts and anti-Russian antics. As a result, we see gas prices skyrocket, an energy crisis in Europe and the completion of the Nord Stream 2 pipeline.

Those in power in Kiev hoped at the very last moment that the West placed more importance on their country than on the energy security of European countries. To their surprise (and only theirs), this is not the case. It seems that Europeans are interested in Russian gas supplies and are not so keen on keeping Ukraine as the main transit country. Moreover, after having “democratized Ukraine” as an openly anti-Russian country, the West has made it a country that the Kremlin does not really want to talk to leaders about simply because it does not see the interest in doing so. This is the reason why third countries care (or rather pretend to care) about Ukraine. Thus, in July of this year, the “Joint Declaration of the United States and Germany on Support for Ukraine, European Energy Security and Our Climate Goals” was released. According to her, Germany has pledged to do everything in its power to ensure that the agreement between Moscow and Kiev on the transit of Russian gas through Ukrainian territory is extended for up to ten years. The statement came after it was already clear that the construction of Nord Stream 2 would be completed, Germany was resisting US pressure on the issue, Moscow was paying no attention and Washington, exhausted by the battles of the presidential elections. and the search for new strategies in the Old World, was trying to pit America’s European friends against Russia.

It has never been a secret that the West needs reliable transit, and this is something Ukraine is insisting on as well. However, Kiev has officially called Russia an “aggressor country”, which means that this same “aggressor” must provide this transit and bring billions of dollars in revenue to the Ukrainian budget. It sounds like a kind of “euro-schizophrenia” where Ukraine is an anti-Russian country and simultaneously serves as a reliable transit country for Russian gas. Things don’t work that way, however, and it seems Europeans are starting to realize it. Therefore, most European consumers support Nord Stream 2 even if they do not show it in public. Suffice it to mention the recent conclusion of a multi-year contract for the supply of gas to Hungary.

Vladimir Putin’s statement, made amid soaring gas prices and growing threats to European industry, has become an energy lifeline for all Europeans.

“Russian President Vladimir Putin has supported Deputy Prime Minister Alexander Novak’s initiative to increase gas supply to the market amid rising energy prices in Europe… Novak said Russia can stabilize the situation with prices by providing additional volumes of gas on the exchange, adding that the main priority of this country is to meet domestic demand, ”Lenta.ru reported.

Commenting on the possibility of increasing gas supplies via Ukraine, President Putin recalled that Ukraine’s gas transport system had not been repaired “for decades” and that “something could explode” there anytime if the gas pressure increased.

“At the same time, it is more profitable and safer for Gazprom to operate new pipeline systems,” he added. Putin thus confirmed what is already clear to all that Ukraine is an unreliable link and, in fact, an additional link, and that Europe can obtain gas by bypassing the technically and politically unreliable Ukrainian pipes. He also pointed out that Gazprom would suffer losses due to an increase in gas transit through Ukrainian territory, while the new pipelines offer cheaper transit options. He added that Gazprom was saving around $ 3 billion a year by using new pipelines and that Russia was ready to increase its gas supplies and make it cheaper for European consumers.

Gas shortages have already forced the Ukrainian government to freeze gas prices for domestic consumers, but gas prices for industrial companies are rising along with those on European stock exchanges, where on October 6 they hit a very impressive 2,000 $ per thousand cubic meters and went down only after the publication of Putin’s statement.

At the same time, the head of the Ukrainian Federation of Employers in the Glass Industry, Dmitry Oleinik, said that this [rise in gas prices – D.B.] would inevitably increase prices. However, producers will not be able to increase prices indefinitely, because at some point, buyers will simply not be able to cover the costs of production.

“The Ukrainian consumer will not even be able to cover the cost of production. Factories and factories will slowly close and people will lose their jobs – this is bad enough. Budget revenues will “collapse” and spending will skyrocket … The issue of bankruptcies is only a matter of time, “Oleinik warned.

If Ukraine continues to follow the chosen path, it will face deindustrialisation. Besides, it will suit the West, but certainly not the Ukrainian industrial oligarchs, who have long eyed agriculture, including the prospect of turning into land barons. However, the agricultural sector will not be happy with the high gas prices with which bakeries, sugar factories and greenhouses operate. There will be nowhere to run.

Apart from the purely practical realities, the conclusions that I can draw from the current energy situation in the world and from Vladimir Putin’s statements regarding the Ukrainian transit, are as follows:

As you can see, it is once again up to Kiev and its shadow patrons to decide. And winter is fast approaching …