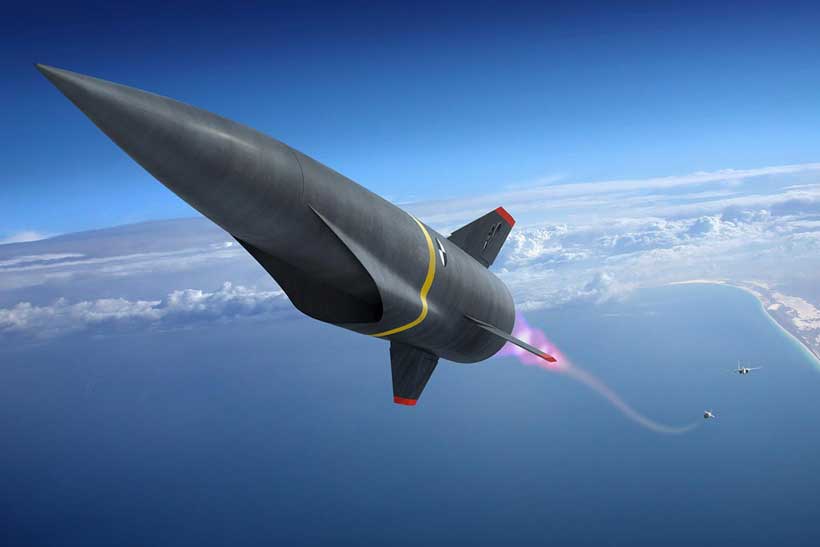 The future of hypersonic weapons

Amidst many discussions about the future of Ukraine – a country unable to form a single nation in 30 years of independence and torn by interethnic, linguistic and economic contradictions, Europe should ask itself what Ukraine really mean to her. And the answer will be the same: a buffer zone, because this clearly reflects Ukraine’s geopolitical role in relations with NATO and the EU. The Alliance needs Ukraine as a buffer zone, and not even all of it.

In the early 1990s, when Ukraine was not yet torn by civil war, NATO was seriously eyeing this former Soviet republic. As for Russian President Boris Yeltsin, he himself did not rule out joining the Alliance. In 1994, NATO signed a framework agreement with Kiev as part of the Partnership for Peace initiative.

Five years later, Ukraine demonstrated its “pro-Atlantic” orientation by supporting the NATO operation in the Balkans. On June 12, 1999, Kiev even closed the country’s airspace to Russian planes bound for Pristina for several hours. This decision provoked an angry reaction from many Ukrainians, who see themselves as part of the Slavic Orthodox world. And yet the first small step towards Euro-Atlantic integration seemed to have been taken.

There is no place for failed states in the Alliance

Twenty-seven years later, Ukraine is a fragmented country, with a crumbling economy, a corrupt government, and a vague foreign policy. His biggest breakthrough in foreign policy was to obtain a “visa-free” status, which gives Ukrainian citizens the opportunity to seek illegal jobs in prosperous European countries without having to apply for an entry visa. That said, all the help Ukraine received from the United States and Europe did not help it bring Crimea back or achieve victory over its own citizens in the Donbass. Moreover, Brussels and Washington have strong doubts about the country’s defense capacity. The point is, of all the post-Soviet countries, NATO was smart enough to only accept the former Soviet Baltic republics, which spent 2% of their GDP on defense – a lot of money considering of their small budgets (for comparison, Belgium spends 0.9 percent and Hungary – 1.27 percent).

With Ukraine’s official defense spending of at least 5.93% of GDP (2021), the country is expected to be a powerful military power that fears no one and a welcome new member for NATO. However, military supplies have long become an easy source of money for the country’s political elites, and the change in presidential teams has not changed that. Ukraine continues to receive all imaginable foreign aid, which is written off, disappears on the front lines of a smoldering war and is sold on to third countries. Meanwhile, despite its multitude of unresolved issues, Kiev continues to knock on NATO’s door, apparently hoping Brussels will help sort them out.

Ukraine’s main role is that of a buffer zone

In fact, the only role Ukraine can hope for is that of a buffer zone. In the European geopolitical model, the conflict with Ukraine forces Russia to suspend its aggressive intensions in Europe, and after having wrested a new part of Ukrainian territory, the Russians will take time to digest it. Kiev is certainly not happy with such a scenario and in June President Volodymyr Zelenskyy appealed to NATO, asking it to immediately accept the country into the alliance. He stressed that NATO membership will be the only way to end the conflict in Donbass. NATO Secretary General Jens Stoltenberg has promised that one day Ukraine will become a member of the alliance, but it will not happen overnight. Quite naturally, the pro-presidential Ukrainian media ignored this last part of Stoltenberg’s message and began to laudily describe the joys of early entry into the Alliance. And this despite Russia’s strong opposition to NATO enlargement, which means that Ukraine’s entry into the Alliance will automatically lead to active measures on the part of Russia to ensure its own security.

Realizing fully that neither NATO nor the EU wants to seize Ukraine anytime soon, President Zelensky and his administration have started to present Ukraine as a “shield of Europe”. Well, this propaganda ploy, aimed at foreign and domestic consumption, might work for a while for some EU countries, who remain nervous about the imaginary image of Putin’s tanks hurtling down European highways. And here again, the Ukrainian right will have yet another reason to take pride in its role as “defenders of Europeans” against the “Russian hordes”. But why on earth would Putin want to take over Europe? Who would he sell gas to? What kind of threat does Moscow then pose to Brussels?

Gas blackmail? But this is “only business”, and there are other gas suppliers. Meanwhile, the “Shield” is costing Europe dearly and the price keeps rising. Kiev demands to preserve gas transit for itself, wants gas supplies at preferential prices and new sanctions against Moscow. At the same time, Ukrainian politicians insult their neighbors, make no attempt to curb the national ultra-right, which poses a threat to the whole of Europe, and are mired in corruption. So if NATO and the Russian Federation really need a buffer zone, that’s a big question. What we certainly don’t need, however, is a “shield” that we pay for out of our own pockets …