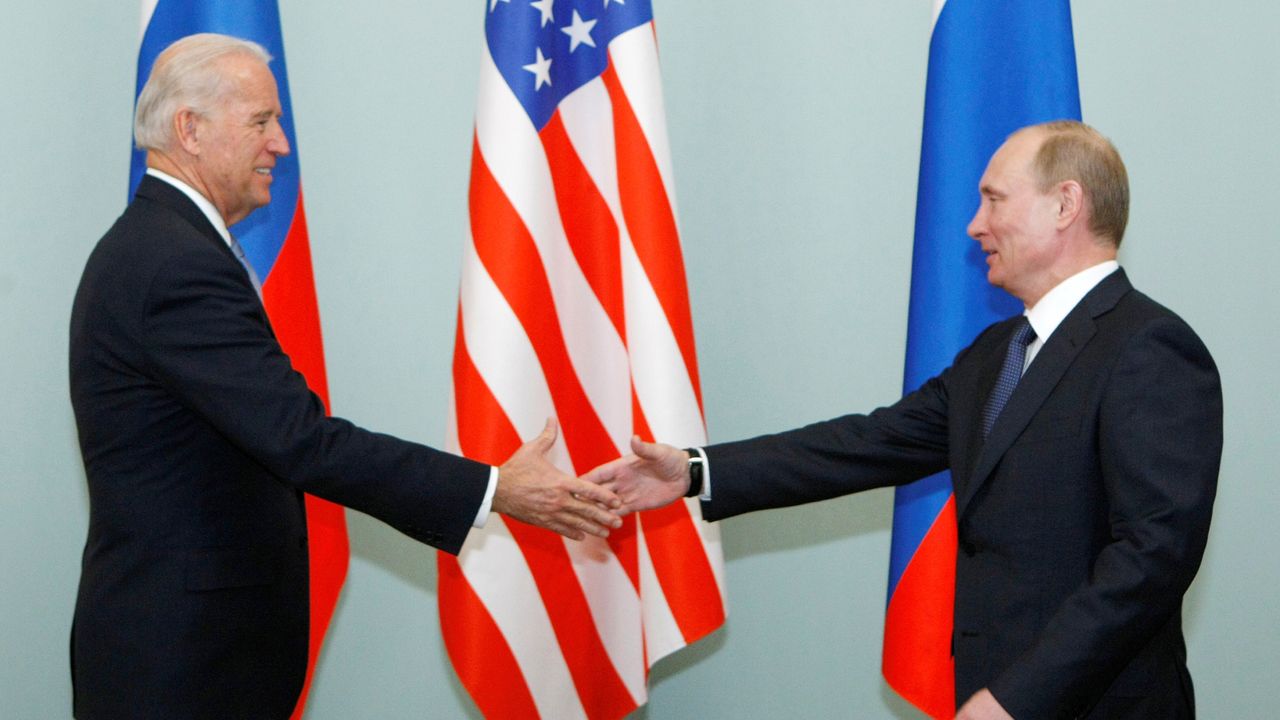 In the run-up to the June 16 summit between US President Joe Biden and Russian President Vladimir Putin, tensions between the two countries continue to mount. Regardless of what emerges from the discussion between the two heads of state later this month, it is clear that Washington is continuing preparations for war against Moscow as the Kremlin seeks military and economic means to retain power.

On Thursday, the Russian government said it was liquidating its dollar holdings in its National Welfare Fund (NWF), a financial reserve built up largely on the basis of the country’s oil wealth, estimated at around $ 186 billion. After losing $ 41 billion in US currency, the NWF will be made up of a combination of euro, yuan and gold.

The move is widely seen as a preventative measure meant to protect the country from the possible imposition of economic sanctions by Washington that target Russia’s ability to conduct financial transactions in US dollars. This follows statements by the head of the Central Bank, Elvira Nabiullina, that the government is studying the creation of a digital currency, with a similar goal. Already, most trade between Russia and China is not denominated in US dollars.

Moscow is bracing for the prospect of being shut out of the global dollar-denominated financial system as political and military pressure on the Kremlin intensifies.

The Federal Bureau of Investigation said Wednesday that hackers operating from Russian territory were responsible for a recent cyberattack on US meat producer JBS, which owns about a quarter of US beef processing plants. Although it has not released any evidence and admitted that there was no indication that the Russian government was behind the attack, the White House warned that it was “not taking any options off the table, in response terms “.

On the same day, NATO member Turkey announced that it was expelling a whole cohort of Russian specialists working in the country to help it set up a Russian-made S-400 anti-aircraft weapon system. Turkish officials said the decision was made after discussions with the United States. Sudan, where Russia was to establish its first African military base, simultaneously announced that it was reviewing its decision to allow the Russian Navy to settle in its Red Sea port.

In early June, US forces began training operations with Sweden in the Arctic, an area Moscow identified as of key economic and geopolitical importance. Russia’s Arctic region accounts for 10 percent of the country’s GDP and 20 percent of its exports.

It takes place as NATO conducts Europe-wide anti-Russian military exercises, known as Defender-2021, over the summer. They involve ground, air and naval forces throughout Russia’s borders, focusing on areas of key geostrategic importance for Russia.

On May 24, Foreign Minister Sergei Lavrov reported that so far this year alone, the US-led alliance has conducted seven training operations on Ukrainian territory and in the Black Sea.

On May 31, Russian Defense Minister Sergei Shoigu accused NATO of intending to use a military exercise in late June and early July in Ukraine to deploy weapons for use in Donbass, where pro-Russian separatist republics formed after an anti-Russian far-right government came to power in a US-backed coup in 2014. Kiev this spring declared its intention to retake the region by force. With help from Washington, Russia’s western neighbor has dramatically improved its combat capabilities in recent years and currently has 255,000 regulars and 900,000 in reserve. It spends the equivalent of 4.1% of its GDP on the military, up from 1.5% before the 2014 coup.

Shoigu, who said earlier this week that “the actions of our Western colleagues are destroying the security system in the world and forcing us to take adequate countermeasures,” announced the creation of 20 new Russian military divisions on the front lines. western part of the country. They are formed for the express purpose of fighting NATO.

The next US-Russia summit was called after Russian ally Belarus hijacked a civilian plane in order to detain a government opponent on board. While Washington has not accused Moscow of giving the green light to actions in Minsk, which the Kremlin has only hesitated to defend, the sanctions against the Belarusian government are also damaging Russia because of the ties. economic ties between the two countries and their common border.

This summer, alongside a national review of the country’s combat capability, Russia is launching joint military exercises with Belarus in an operation called Zapad-2021 (West-2021). On June 3, Sergei Naryshkin, Russia’s director of foreign intelligence, accused the West of waging a hybrid war aimed at undermining Russian and Belarusian sovereignty. â€œWe will not tolerate this,â€ he said.

Following confirmation from the Biden administration that the United States would withdraw from the Open Skies Treaty, a unilateral move decided by the Trump administration last year, Moscow also officially withdrew this week from the international agreement. The Open Skies Treaty authorized overflights of each other’s territory to monitor each other’s forces and military activities. In addition, Moscow is ending the so-called â€œopen landsâ€ agreement, a 1992 agreement with the United States that allowed diplomats from each state to travel freely within each country without special permission.

The U.S. war campaign against China, which has escalated dramatically in recent weeks with news that the United States is once again investigating the possibility that the coronavirus has leaked from a Wuhan laboratory, hangs over the conflict between Washington and Moscow.

With the Kremlin cornered, speculation abounds about the prospect of a Russian-Chinese military alliance, which some in the Russian oligarchy see as a way out. In a recent interview with Gazeta.ru, General of the Russian Army and former Chief of Staff of the Russian Army, Yuri Baluyevsky, said: â€œIn terms of military alliance, personally I would like the conclusion such a union between Russia and China. “He added, however, that” it was still too early “to speak of joint operations between the two countries.

But even as ties between the two countries deepen and the two face relentless threats from the United States, tensions between China and Russia persist. China, whose economy is eight times the size of Russia’s, far eclipses Russia in terms of economic capabilities, potential military might, and population size. While China is Russia’s largest trading partner, Russia, in turn, doesn’t even rank among China’s top 13. Sections of the Russian elite fear they will be drawn into a potentially costly alliance.

Also speaking to Gazeta.ru, General-Colonel Sergei Kizyun, former head of the Leningrad military district, said: â€œIt is not at all clear in the event of a military conflict which Russian and Chinese armed forces could act together. . For example, for us, there is no point in participating in an armed struggle from Beijing for the island of Taiwan, any other island in this region, or to support the People’s Liberation Army in a hypothetical war with India. .