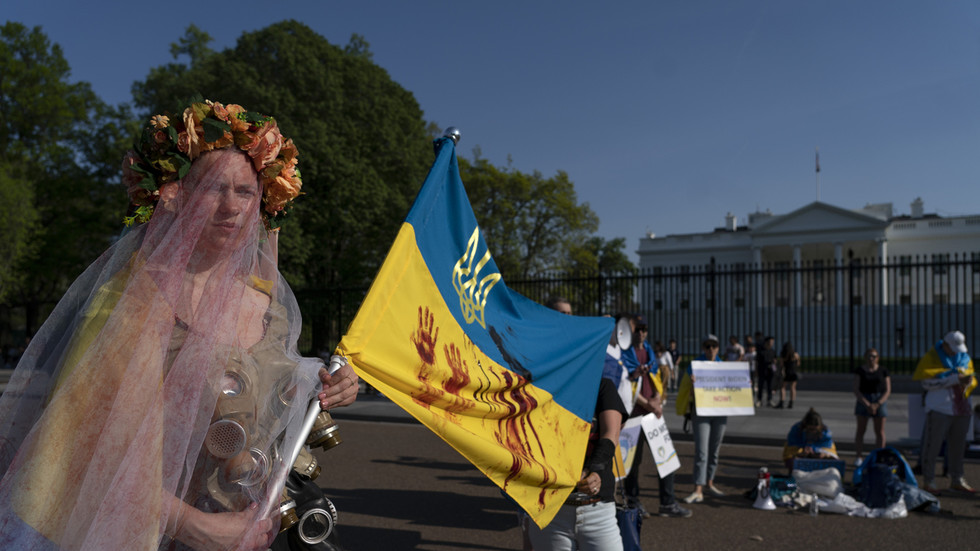 Whether by sanctioning Moscow or delivering arms to kyiv, Western leaders have given full support to Ukraine in response to the Russian military operation. However, as the conflict approaches its third month, their citizens are increasingly focused on domestic issues.

How important is Ukraine to people around the world?

Regardless of whether their leaders have sided with Ukraine or not, citizens of 26 out of 27 countries polled by the International Research Center Ipsos ranked ‘inflation’ as their top concern in an April survey. . These include countries that have taken a hard line against Russia (such as the United States, United Kingdom, Canada and Poland) and those that have not condemned Moscow (such as India, South Africa and Saudi Arabia).

Poverty, unemployment, crime and corruption were the four most worrying issues behind inflation, with “military conflict between nations” coming 11th, between climate change and immigration control.

Polish citizens are most concerned about the conflict on their eastern border, with 38% ranking it as the most important issue facing the world. Only 20% of Americans ranked it as their number one problem, while only 13% of Hungarians, who also share a border with Ukraine, ranked it top.

Do Westerners want to send arms to Ukraine?

Some do. While the United States has already donated nearly $4 billion in weapons to Ukraine and is about to authorize another $40 billion military and economic aid package, a majority of respondents say they “agree” with Ukraine losing the conflict with Russia, according to a recent poll by the Democracy Institute. Moreover, they see Russia as the fourth biggest threat to America and would rather see President Joe Biden than Russian President Vladimir Putin leave office.

Yet a majority (59%) polled by Ipsos in the US last month supported arming Ukraine, as did majorities in the UK, Netherlands, Sweden, Canada, Poland , France, Germany and Australia.

However, a lot can change in a month. The Germans, whose government recently reversed decades of pacifist foreign policy to ship weapons to Ukraine, are increasingly unhappy with the reversal. The latest polls by German networks RTL and N-TV show that support for Ukraine’s arming has fallen from 55% in April to 46% in May. Meanwhile, 44% of Germans now condemn the policy, up from 33% in April.

In Poland, a majority wants to go further and send “peacekeeping” troops to Ukraine, as ruling party leader Jaroslaw Kaczynski has suggested, but Poland’s NATO allies have been reluctant to do so. Sending Polish troops to Ukraine would risk provoking an open war between NATO and Russia.

A Sunday Telegraph poll last month found 36% of Britons would bear higher fuel costs to put pressure on Putin, up from 50% a month earlier.

Sanctions have consequences and they have caused financial hardship for the West as well as for Russia. In the United States, where citizens are grappling with record gasoline prices, decades-high inflation, and shortages of food and consumer goods, President Joe Biden has tried to blame the Russia, its officials deploying the phrase “Putin’s price hike”. ”

Americans don’t buy the spin. Biden’s approval ratings have bottomed in multiple polls, with his handling of the economy particularly rated dismal. According to some of the most recent figures, only 29% of Americans approve of Biden’s economic performance, 55% say he has actively worsened the economy, and large majorities say he is not doing enough to fight inflation (81%) or reducing shortages (73%). percent).

In the UK, Prime Minister Boris Johnson’s Tories are now losing public confidence in their handling of the economy – usually their forte. Germany’s Olaf Scholz is also losing public support amid a drop in industrial production and a predicted decimation of the German economy if Russian energy imports are banned.

The conflict in Ukraine has reinvigorated the Cold War-era NATO alliance, with Secretary General Jens Stoltenberg calling for more investment from member states and more deployments in Eastern Europe . Approval of the military bloc’s US leadership soared in March, and Finnish citizens now overwhelmingly support joining the alliance, with 76% backing membership this month compared to 53% in February.

However, the Swedish population is not so sure, with 57% supporting joining the alliance last month, compared to 51% in March. Media reports Thursday that the Swedish government will apply to join the bloc alongside Finland next week.

In Austria, a neutral country, the vast majority of the population (75%) oppose NATO membership, while a slim majority of Irish people – also neutral – want to stay out of the alliance.