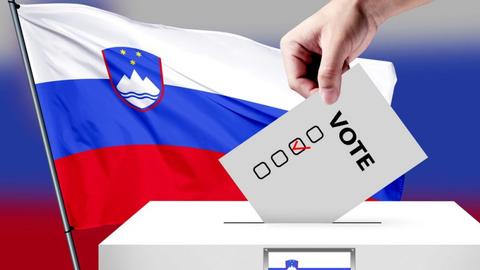 The vote is seen as a close race between the Slovenian Democratic Party (SDS) of Janez Jansa and the Environmental Movement for Freedom, led by Robert Golob, which wants more investment in renewable energy and greater transparency in institutions of State.

Slovenian Prime Minister Janez Jansa is hoping to shake off criticism over his record on democracy and media freedom to win a fourth term in a parliamentary election in the tiny Alpine state.

The 63-year-old populist campaigned on a promise to improve the economy and ensure energy security in the former Yugoslav republic of around two million people which is now a member of the European Union and the NATO military alliance.

But Jansa, an admirer of former US President Donald Trump and an ally of Hungarian nationalist Prime Minister Viktor Orban, has clashed with Brussels over media freedom and her opponents accuse her of undermining democratic standards.

Jansa denies the charges, but a close race is likely between his centre-right Slovenian Democratic Party and the Environmental Movement for Freedom, which wants more investment in renewable energy and more transparency in state institutions.

A poll released Friday by polling agency Ninamedia puts the Freedom Movement at 27.7% and Jansa’s SDS at 24%.

Whoever wins will have to find coalition partners to form a new government. The two main left-wing parties have ruled out being part of an SDS-led coalition.

READ MORE: The Overlooked Dangers of the Far-Right Network in the Balkans

“Every vote is important and valuable,” President Borut Pahor said after voting early. “The situation in Europe and around the world following the pandemic and the war in Ukraine means that we will not only be faced with the usual daily problems in the years to come.”

Some 1.7 million voters can cast their ballots from 8 a.m. (0600 GMT) and polling stations will close at 7 p.m. Exit polls are expected to be released soon after.

He was among the first European leaders to visit Ukraine and show solidarity with kyiv at the start of the Russian-Ukrainian conflict on February 24 and promised to reduce Slovenia’s dependence on Russian gas imports.

Jansa says she has managed the economy well and hopes to benefit from measures put in place to mitigate the economic impact of the Covid-19 pandemic, including payments to the poorest pensioners.

The Freedom Movement is led by Robert Golob, a former executive of a public energy company. He supports EU sanctions against Russia and Ukraine, but accuses Jansa of seeking to exploit the conflict for his own political advantage, a charge Jansa rejects.