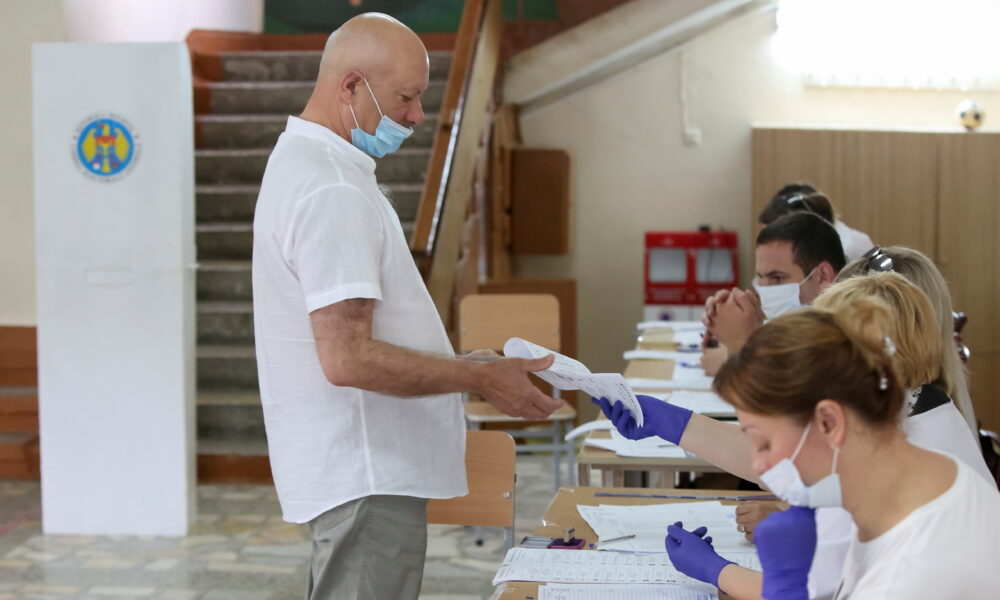 On Sunday July 11, Bulgarians went to the polls for the second time in less than six months after former Prime Minister Boiko Borisov’s failure to form a government coalition following the April parliamentary elections, writes Cristian Gherasim, correspondent in Bucharest.

With 95% of the votes cast, the center-right GERB party of former Prime Minister Boiko Borisov came out first with 23.9% of the vote, according to data provided by the Central Election Commission.

Borisov’s party is neck and neck with the new anti-establishment “There Are Such A People” (ITN) party, led by singer and TV presenter Slavi Trifonov.

Borisov’s narrow lead may not be enough for him to regain control of the government.

The anti-corruption parties “Democratic Bulgaria” and “Get up! Mafia, out! ”, Potential partners of the ITN coalition obtained 12.6% and 5% of the vote respectively. The Socialists won 13.6%, and the MRF party, representing ethnic Turks, 10.6%.

Some political experts have speculated that ITN, Trifonov’s party – which avoided forming a government coalition in April – could now try to form a majority with the liberal alliance Democratic Bulgaria and Stand Up! Mafia out! parties. This would see a populist party without a clear political agenda take power. However, the three parties may not obtain the majority necessary to form a government and may be forced to seek support from members of the Socialist Party or the Movement for the Rights and Freedom of Ethnic Turks.

Boiko Borisov’s center-right GERB party, in power for most of the decade, has been marred by corruption scandals and ongoing nationwide protests that did not end until April.

In the Republic of Moldova, President Sandu’s Pro-European Action and Solidarity Party won the majority of votes in Sunday’s parliamentary elections. As Moldova tries to extricate itself from Russia’s grip and move towards Europe, the electoral struggle has once again seen pro-Europeans and pro-Russians stick together. The two directions are antagonistic and have been another reason for the division of society, which fails to find its link to build together the future of the poorest state in Europe.

Over 3.2 million Moldovans were expected to come out and vote to nominate their representatives to the future parliament in Chisinau, but the real impact was made by Moldovans living abroad. The Moldovan diaspora is helping Sandu’s pro-European party to achieve victory and thus perhaps pave the way for the future European integration of the Republic of Moldova.

More than 86% of Moldovan citizens abroad, who voted in Sunday’s early parliamentary elections, supported President Maia Sandu’s Party of Action and Solidarity (PAS). A PAS victory gives Sandhu a friendly legislature to work with while trying to put the country on the path to European integration.

Maia Sandu vowed ahead of Sunday’s vote that a victory for her party would bring the country back into the European fold, focusing on better relations with neighboring Romania and Brussels.

Just as happened in the November vote which saw Maia Sandu win the presidency, the Moldovans living on board made all the difference as many voted for pro-European candidates.

Speaking to EU Reporter, Armand Gosu, associate professor at the University of Bucharest and specialist in the former Soviet region, said of the pro-European victory that “this victory creates the preconditions for a new wave reforms, in particular in the judicial system and the fight against corruption, reforms aimed at creating an internal framework favorable to foreign investment which will ultimately lead to an increase in the standard of living, the rule of law and a high degree of resilience to foreign interference. Sunday’s result is a start, there have been others, but to lead somewhere the EU must also change its approach and offer a concrete perspective.

Armand Gosu told EU Reporter that “the Republic of Moldova is invited to reform itself, to enter various mechanisms of cooperation with the EU, to open its market to European products and to become more and more compatible with the standards of the EU “, but by becoming a potential member of the EU. countries can take decades to occur.

Mentioning Russian influence in the Republic of Moldova, Gosu said that we will see a clear detachment from the Russian sphere of influence after the final results and after we have new parliamentary majorities.

“When it comes to Russian influence, things are more complicated. The false pro-European governments which held power in Chisinau – in reference to those controlled by the fugitive oligarch Vladimir Plahotniuc – abused geopolitical discourse, anti-Russian rhetoric to legitimize themselves against the West. Maia Sandu’s party is pro-European in another way. She speaks of the values ​​of the free world and not of the Russian threat as a pretext to limit civil liberties, arrest people and outlaw associations and even parties. I believe that Maia Sandu has the correct approach, making far-reaching reforms that will fundamentally transform Moldovan society. Indeed, the premises for Moldova’s exit from the Russian sphere were created 7 years ago, after the outbreak of the war between Ukraine and Russia, in the spring of 2014. The result of the vote indicates a social demand. of society to move towards the West. , to support a radical change, 30 years after independence.