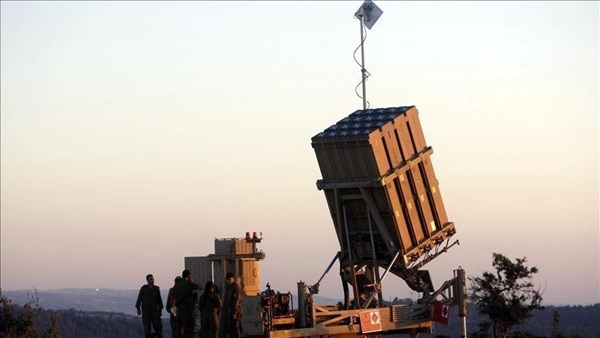 According to Israeli media, Russia threatened “Tel Aviv” that sending military aid to Ukraine would cross a red line and have repercussions.

Israeli media reported that “Israel” had received a clear warning from Russia that if it tried to transfer defense systems to Ukraine via a third country, it would be considered crossing a red line and would have consequences.

Earlier in September, Israeli media reported that an Israeli arms manufacturer was supplying anti-UAV systems to Ukraine via Poland, noting that the sales were made via Warsaw to circumvent “Tel Aviv’s refusal to sell advanced weapons to Ukraine.

The arms producer allegedly informed the Israeli Security Ministry that it was selling arms to Poland, although he pretended not to know that the latter was then giving the arms to kyiv for use against the Russia.

Russian Ambassador to ‘Israel’ Anatoly Viktorov has warned the occupation not to supply arms to Ukraine amid Israeli calls to arm kyiv, just like NATO and the US are doing , referring to a statement by a so-called Israeli Minister for Diaspora Affairs earlier that the Israeli entity must follow suit with the United States and NATO and send military weapons to Ukraine to fight Russia.

Foreign Affairs Commentator on Israel Channel 13Gili Tamari, said that “the American intelligence services approved [Ukrainian President] Zelensky’s claim he made last week when he called on Israel to help his country against what he called military cooperation between Russia and Iran.”

Zelensky claimed at the time that “in exchange for the military aid that Iran gives to Russia, the Iranians requested nuclear fuel and equipment to accelerate their nuclear program.”

Commenting on Zelensky’s statements, Tamari said: “The Russian response is not clear to the Americans. In any case, if the Russians respond, it is a violation of the nuclear agreement, and the Russians are signatories to it and are obliged to.”

Iranian Foreign Minister Hossein Amir-Abdollahian said earlier today that Iran and Ukraine agreed earlier to hold a meeting on Tehran’s supply of drones to Russia, but Kyiv called off. the meeting at the last moment after “the United States and some European countries, especially Germany,” asked Ukraine not to attend the meeting because the West has used the drone issue in its policy against Iran.

Read more: On Russia vs. Ukraine, ‘I’m on the side of the United States’: Israeli general

Earlier in October, Russian Security Council President Dmitry Medvedev warned “Israel” against supplying arms to Ukraine, stressing that any move to bolster kyiv’s arsenal would be a serious damage to bilateral relations, describing it as a “very reckless move” if implemented.

Ukraine and its Western allies have long accused Iran of supplying drones to Russia in the midst of war. However, Amir-Abdollahian said earlier today that his country had indeed given a small batch of drones to Russia, but that was before the war in Ukraine broke out.