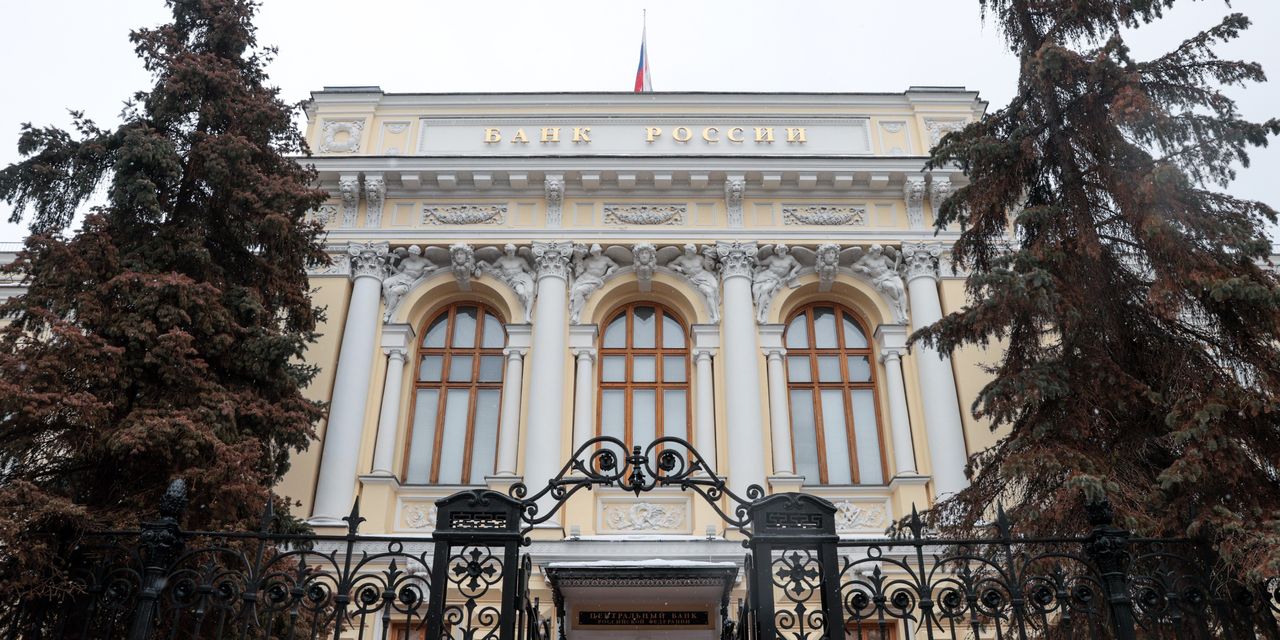 Russia’s central bank raised its key rate on Friday in response to stubbornly high inflation and the threat of Western sanctions targeting the country’s financial system.

The Bank of Russia was among the first to tighten monetary policy when global inflation rates started to pick up in early 2021. After first raising its key rate to 4.5% from 4.25% in March of that year, it said on Friday that the cost of borrowing would rise from 8.5% to 9.5%.

Key to the decision is the country’s inflation rate, which rose to 8.7% in January from 8.4% in December despite the Bank of Russia’s seven rate hikes last year. But the central bank is also aware of the risk of a weaker ruble that would boost inflation if the West imposes sanctions in response to any Russian aggression against Ukraine.

“Short-term pro-inflationary risks associated with global financial market volatility caused by, among other factors, various geopolitical events, have intensified, which could affect exchange rates and inflation expectations,” the bank said. center in a press release.

According to Biden administration officials, potential sanctions could target several of Russia’s largest state-owned banks, such as VTB Bank, and include banning all trading in new issues of Russian sovereign debt and applying controls to the export in key sectors such as advanced microelectronics.

For now, there is no talk of sanctions on oil and natural gas exports or disconnecting Russia from Swift, the backbone infrastructure that facilitates financial transactions between banks around the world, officials said. US officials, but that could change depending on Russian actions.

The Bank of Russia has recent experience of the impact of Western sanctions on the ruble and the country’s financial markets.

After Russia invaded Ukraine in 2014, the Obama administration cracked down on some energy technology exports, sovereign debt, and some banks and state-owned enterprises, and these sanctions contributed to a weakening of the ruble. In December of the same year, when the currency was in freefall, the Bank of Russia raised its key rate from 9.5% to 17% in two movements, the second of which was by far the most important.

A weaker currency would push inflation up by raising the prices of imported goods and services, while increasing the ruble cost of repaying debt denominated in US dollars or euros.

However, since this experience, the Russian government has worked to reduce the country’s dependence on US dollar financial flows and Western financial institutions.

There are few signs of the currency collapsing as tensions between Russia and the West over its troop build-up on the Ukrainian border continue. The ruble lost ground against the US dollar in currency markets in the first weeks of the year, but has since stabilized as diplomatic efforts to find a peaceful solution continue. However, the central bank cannot rest easy, economists say.

“The risk of another currency shock still lurks in the background,” wrote Tatiana Orlova, an economist at Oxford Economics, in a note to clients. “Geopolitical tensions are still simmering, although the recent wave of European diplomacy is reducing the risk of a military conflict between Russia and Ukraine.”

With or without sanctions, the central bank said it may have to raise its key rate further, citing the impact of a tight labor market on wages.

We Westerners, defenders of democracy but not at home