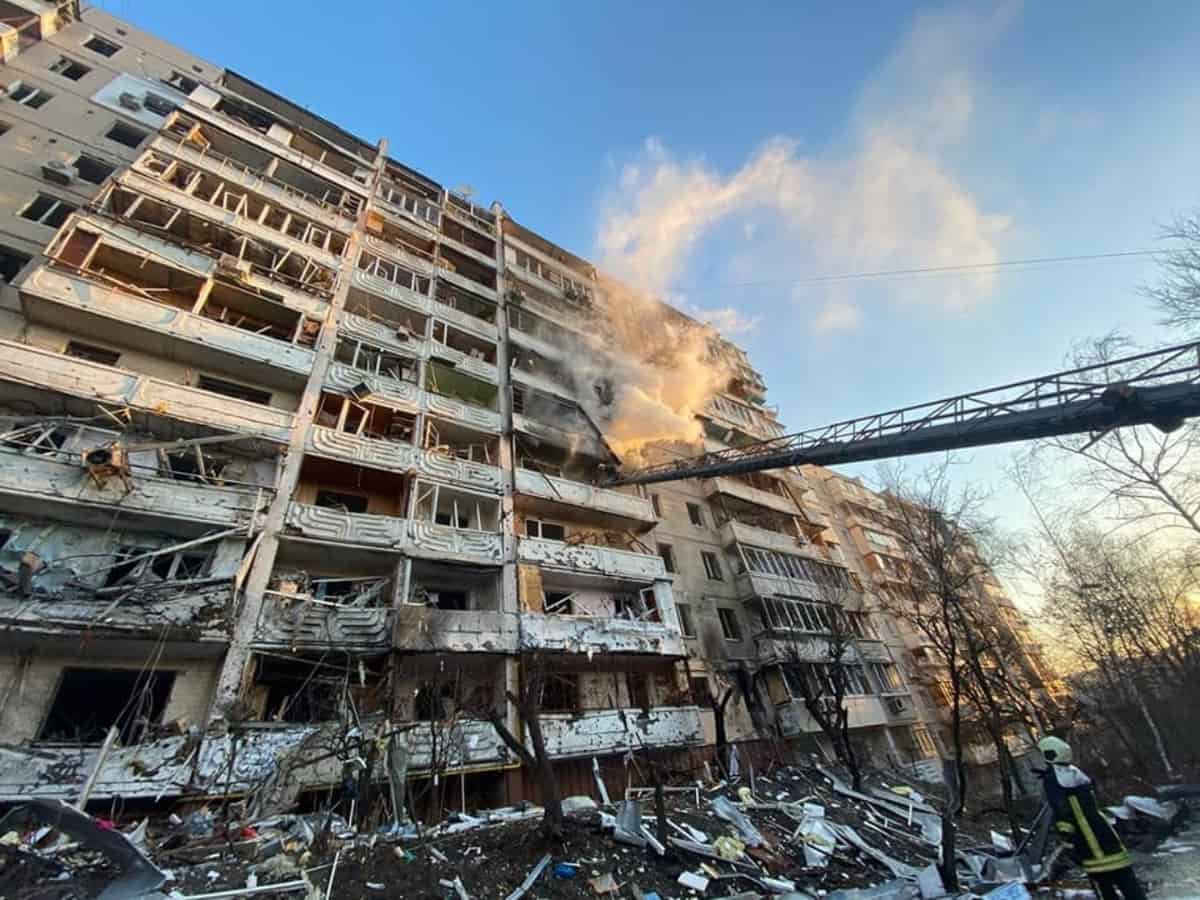 Kyiv: Russia claims to have hit an anti-aircraft and anti-ship missile manufacturing plant outside the Ukrainian capital Kyiv, media reported.

He came hours after admitting the warship Moskva had sunk following an explosion on Wednesday, the BBC reported.

The Russian Defense Ministry said attacks on kyiv would be intensified if Ukraine targeted Russian territory.

Russia’s strikes were carried out using sea-launched Kalibr cruise missiles and targeted the Vizar machine-building plant in the Kyiv suburb of Zhulyany, the Russian Defense Ministry said in a statement. posted on his Telegram channel, the BBC reported.

Kyiv residents say they heard explosions and social media users wrote that electricity was cut off in some places,

As a result, the “workshops for the production and repair of long and medium-range anti-aircraft missile systems, as well as anti-ship missiles, of the plant were destroyed”, the ministry added in a statement published on his Telegram channel. .

On Thursday, Russia accused Ukraine of sending helicopters across the border to attack several Russian towns.