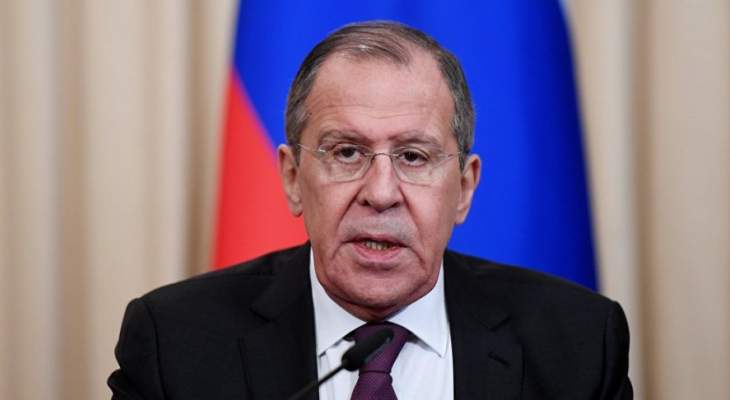 Russia’s Sputnik news agency quoted Russian Foreign Minister Sergei Lavrov as saying on Saturday that Moscow was committed to the principle of “the inadmissibility of waging nuclear war”.

According to Sputnik, Lavrov stressed the need to protect his country’s interests, warning “those who talk with Russia in the language of sanctions” that Moscow’s patience “in the face of acts of economic aggression is not limitless”. .

“We have all the means to protect our national interests,” Lavrov told a news conference on Saturday, adding that if necessary, “we will use them to the fullest.”

“The tearing of the Russian economy, which former US President Barack Obama dreamed of, has not happened and will not happen,” added the minister.

“Everything they wanted to cause in our country started to appear on their doorstep.”

He added that a number of European countries are experiencing a sharp rise in prices, a drop in income and a shortage of energy resources, explaining that the usual advantages of civilization have become a privilege for Europeans.

“This is the price ordinary citizens are paying for the Russophobia pursued by their politicians,” he said.

In earlier statements on Friday, Lavrov said Ukrainian President Volodymyr Zelensky’s statements in which he offered NATO to launch preemptive strikes against Russia “confirm the need” for what he called a “special operation.” in Ukraine.

For its part, kyiv was quick to react, noting that the statements of the Ukrainian president on a “preventive strike” referred to the imposition of sanctions.

In a discussion with the Lowy Institute – an Australian think tank – Zelensky said he believed the “strikes” were necessary to prevent any use of nuclear weapons, without specifying what type of strikes he envisioned. nor mention the necessity of nuclear attacks. .

Meanwhile, Lavrov, during a speech to the United Russia Party, explained that NATO supports the Ukrainian president to confront Russia and impose hegemony, stressing that the West bears the responsibility to supply weapons to the regime. from Kyiv.

“Zelensky called on the West to launch a preemptive nuclear strike on Russia. Thus, this man has in fact provided another proof to the whole world of the threats that come from the kyiv regime, which the Russian special military operation was launched to neutralize,” the minister asserted.