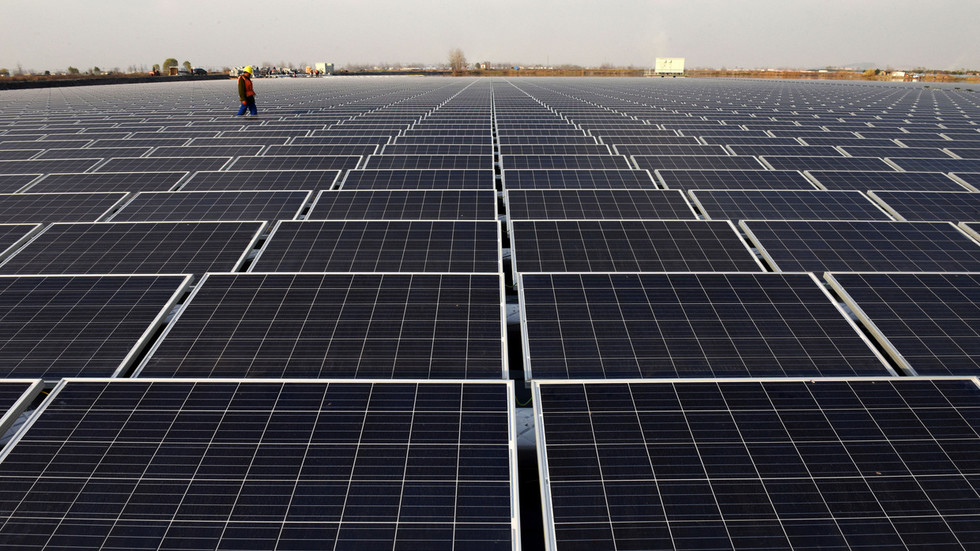 Ukraine’s energy security is not threatened by Russia, despite Kiev’s insistence, but by the complete failure of its own system and the paralysis of the current authorities, the Russian Foreign Ministry said.

Writing on Telegram on Wednesday, spokeswoman Maria Zakharova claimed Kiev was shooting itself in the foot when it came to the energy industry. In particular, she noted the recent statement released by Canadian energy company TIU Canada, which recently announced that it would be pulling out of Ukraine, despite an investment of millions of dollars.

In recent years, Ukraine and the United States have accused Russia of using energy as a weapon. In particular, it has been claimed that the controversial Nord Stream 2 gas pipeline was built to threaten Kiev, which currently receives billions of dollars a year in transit fees and is heavily dependent on these revenues for its budget.

Last month, TIU Canada dismantled a 10.5 megawatt solar power plant in Nikopol, a town near the country’s south coast. Commissioned in 2018 at a cost of $ 12 million, it was later disconnected from the power grid following a dispute with the local Nikopol FerroAlloy factory, where the solar power plant was also located. It went offline for two years, costing millions before TIU Canada decided to take it down. According to the company, the owner of the Nikopol FerroAlloy plant, the oligarch Igor Kolomoysky, decided to cut the company off the electricity grid in an attempt to force Canadians to to sell this at a broken price.

Billionaire businessman Kolomoysky heads the Privat Group, which controls thousands of companies across a wide range of sectors of the Ukrainian economy. He would be the funder of the current president Volodymyr Zelensky.

â€œAccording to the media, certain structures of the lower abdomen of the Ukrainian oligarchy have taken control of the Nikopol solar power plant, restricting access to Canadians. The company finally decided to dismantle it, even though $ 12 million had been spent on construction alone â€, Zakharova wrote on Telegram. “I can imagine what it must have been like for the transatlantic businessman who brought advanced green energy to Ukraine to have his business ripped off.”

According to the spokesperson, this is an example of Ukraine undermining its own energy security, despite the fact that Kiev and Washington constantly blame Russia.

“Few things worry the West and especially the United States as much as Ukraine’s energy security”, Zakharova said. â€œWe are impatiently waiting for our partners to express themselves on their favorite subject. And while they are silent, I would say: it is not Russia that threatens Ukraine’s energy security. And even more Ukrainian corruption. But it is the absolute dysfunction of the state system and the paralysis of the authorities caused by the dictatorship of Maidan.

“The root cause of all the unrest is the destruction of Ukraine’s national interests by its Western managers in the name of their own goals and objectives,” she continued.

According to Zakharova, Russia is, on the contrary, a reliable supplier of energy in Europe and in the world, a fact which has â€œHave been proven by decades of mutually beneficial partnershipâ€.

Stocks teeter in tight trade as year draws to a close: markets come to an end

How much does Ukraine get from transatlantic military aid?) – Defense Security…

Message from Moscow | The Indian Express