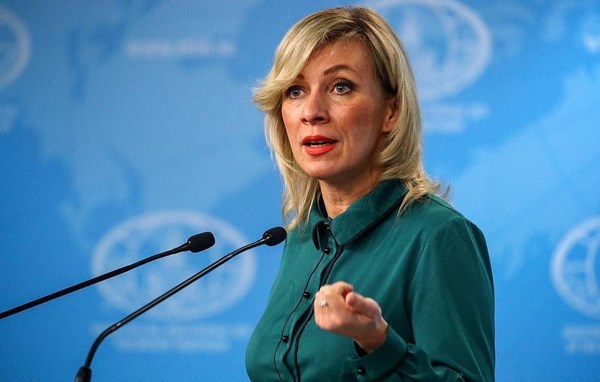 The Russian Foreign Ministry weighs in on the nature of the explosion, which has also been described as a “declaration of war without rules”.

“The Kyiv regime’s reaction to the destruction of civilian infrastructure testifies to its terrorist nature,” Zakharova wrote on Telegram after the blast.

Three were reportedly killed in the blast, according to Russian investigators.

Ukrainian officials did everything but openly and directly claim responsibility for the explosion. However, Ukrainian President Volodymyr Zelensky’s political adviser, Mykhailo Podolyak, posted a message on Twitter, calling the Crimean Bridge explosion a “beginning”.

The Ukrainian Defense Ministry also tweeted that “the Moskva missile cruiser and the Kerch Bridge – two notorious symbols of Russian power in Ukrainian Crimea – have collapsed. What’s the next line, russkies [Russians]?”

Several times before, the Ukrainian authorities have promised to attack the Kerch bridge that connects the Crimean peninsula with the Krasnodar region in Russia.

The explosion occurred around 06:00 local time, partially causing the road to collapse on the part of the bridge used by vehicles.

According to the Russian National Anti-Terrorism Committee, a truck exploded as it drove over the bridge. CCTV footage confirmed this.

Russian State Duma: the explosion of the Crimean bridge “declaration of war”

“The terrorist attack on the Crimean bridge is no longer just a challenge, but a declaration of war without rules,” the Russian State Duma said on October 8 after an explosion rocked the crossing of the Strait of Kerch earlier this morning.

Talk to RIA NovostiMP Oleg Morozov said the blast shows “a blatant terrorist war is being waged against us”.

“Furthermore, the long-announced terrorist attack on the Crimean bridge is no longer just a challenge, it is a declaration of war without rules,” he said, adding that if there is no had no “adequate” response, such acts of aggression would be more likely to occur.

IMF uses loophole to grant Ukraine $1.3 billion alongside other funds