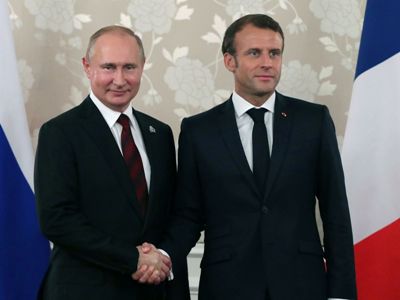 Russian and French Presidents Vladimir Putin and Emmanuel Macron discussed the state of negotiations between Moscow and Kyiv on the phone, the Kremlin press service reported.

“Vladimir Putin and Emmanuel Macron discussed the state of negotiations between Russian and Ukrainian representatives. In this context, the main approaches of the Russian side to the development of possible agreements were outlined,” the report said.

The Russian President noted that during the war in Ukraine, the Russian armed forces were doing everything possible to save the lives of civilians, including organizing humanitarian corridors for their safe evacuation.

“At the same time, attention is drawn to the numerous war crimes committed daily by the security forces and Ukrainian nationalists, in particular the massive rocket and artillery attacks against towns in Donbass,” he said. added the Kremlin.

It should be noted that the leaders agreed to stay in touch.

According to BFMTV, citing the Elysee Palace, French President Emmanuel Macron said he was extremely concerned about the situation in Mariupol. The French leader again demanded an immediate ceasefire in Ukraine.

According to the TV channel, the conversation lasted 1 hour and 10 minutes.

EU to provide guarantees on savings of Ukrainians – POLITICO