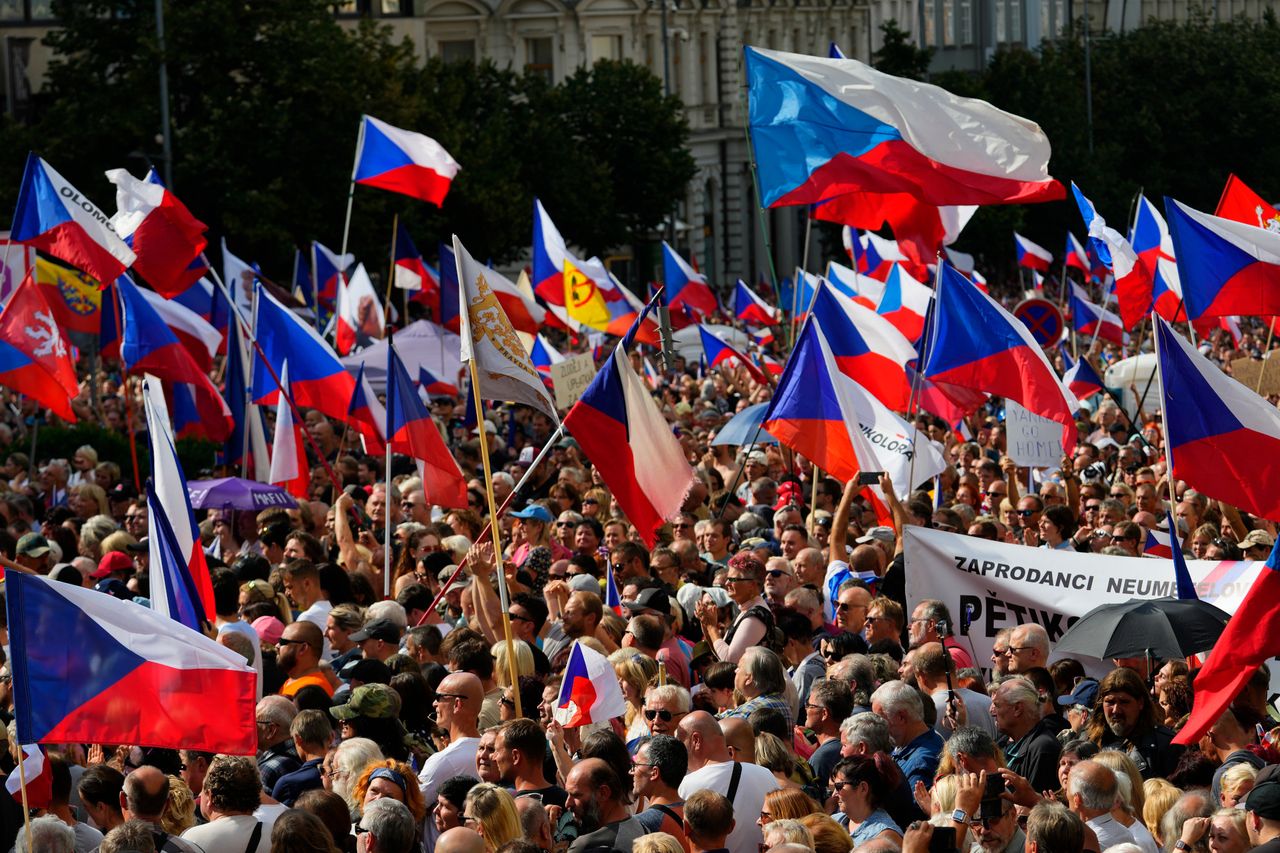 Seventy thousand people demonstrated on September 3 in Prague, the Czech capital, against rising energy prices and the NATO war in Ukraine, and demanded the resignation of the government.

They are rebelling against a social catastrophe that is dragging large sections of the working class and middle class into the abyss.

The economic and social crisis of the former Eastern bloc country, which has been simmering for years, has worsened considerably following the imposition of European Union sanctions against Russia. Before the sanctions, the Czech Republic got 90% of its gas and 50% of its oil from Russia. Now he depends on gas supplied by Germany, which charges appalling prices. Germany itself is in the midst of a huge energy crisis.

Czech electricity prices are among the highest in Europe and are driving masses of small and medium-sized businesses out of business. The country’s official inflation rate was 17.5% in June and is expected to exceed 20% by the end of the year, according to the Czech National Bank.

The working class is getting poorer at a breathtaking rate. According to figures from the Czech Statistical Office, real wages in the second quarter of 2022 were 9.8% lower than a year ago. At the end of 2021, 9% of Czechs received an income below the official poverty line. This figure is now already 16%. Some 750,000 of the country’s 10 million people are bankrupt and can no longer pay their debts.

Although outrage over the untenable conditions drove tens of thousands onto the streets, the crisis found no progressive expression at the protest. The rally was dominated by nationalist and right-wing slogans. It started with the Czech national anthem and was submerged in a sea of ​​national flags. Its official slogan was “Czech Republic first”.

The speakers and organizers were mainly from the right and ultra-right camps. ANO, the party of oligarch and former prime minister Andrej Babiš, backed the protest, as did Tomio Okamura’s far-right SPD. Corona deniers and smaller far-right parties were also well represented.

Sections of the country’s trade unions, citizens’ initiatives as well as the Social Democrats (CSSD) also called for support for the rally, and the Communist Party (KSCM) even provided its own speaker, leading to many comments being made. reference to a “cross party”. front” left and right. The head of the Czech government, Petr Fiala, against whom the rally was directed, denounced it as a “Russian propaganda and disinformation campaign” organized by “pro-Russian people close to extremist positions”.

In reality, Fiala and the five parties in his government coalition bear the main responsibility for allowing the right and the extreme right to exploit social discontent. Fiala’s ODS party has its roots in the Civic Forum, which was instrumental in the so-called Velvet Revolution that led to the fall of the Stalinist regime in 1989.

The velvet glove of the “revolutionaries” of the time quickly revealed its iron fist directed above all against the Czech working class. They rejected Stalinism not because it oppressed the working class, but because it prevented them from pursuing careers and enriching themselves as the middle class had done in the West.

Under its first leader, Vaclav Klaus, the Civic Forum moved quickly to the right. He competed with the ex-Stalinists of the social-democratic CSSD to see who could grab the biggest share of former state property. Under conditions of unbridled greed and greed, Civic Forum and CSSD governments and coalitions have split time and time again over corruption scandals, only to emerge again in a different composition and form.

In 2017, Andrej Babiš, the second richest man in the country, came to power, using his wealth and right-wing populism as political weapons, as did Silvio Berlusconi in Italy and Donald Trump in the United States. In 2019, in one of the largest protests in the country’s history, 250,000 people demanded Babiš’s resignation over corruption. He was, however, able to remain in office for two more years until the current government replaced him.

The Fiala government is a coalition of five parties: the ODN, the Christian Democrats, the liberal TOP 09, the pirate party and the party of local mayors STAN. Their common trait is opposition to Babiš and support for the EU and NATO and its war against Russia.

The Czech Republic supplied Ukraine with large quantities of arms, and Fiala was one of the first heads of state to visit kyiv after the war began, along with the Polish and Slovenian heads of government. His Defense Minister Jana Černochová welcomed the murder of Darija Dugina, a Russian close to Putin, comparing her death to the murder of Reinhard Heydrich, Hitler’s governor in occupied Czechoslovakia. Five days before the mass demonstration, German Chancellor Olaf Scholz gave a militaristic speech in Prague at the invitation of Fiala, advocating the militarization of Europe under German rule.

At the same time, the Fiala government has nothing but contempt for the social misery of the Czech population. TOP 09 president Markéta Pekarová Adamová advised citizens to put on an extra sweater in the winter to combat the impending lack of energy, while other members of the government philosophized about the health benefits of bad parts. heated.

The Fiala government is also even more corrupt than the previous regime led by Babiš. A political leader of the STAN party, which won a fifth of the vote in its first demonstration based on its anti-corruption campaign against Babiš, was arrested by anti-corruption police in June. “The sums illegally collected by Hlubuček and ten other people linked to the STAN party make Babiš look like a saint”, comments the German daily. taz.

The central political problem in the Czech Republic is the lack of an independent perspective to guide working class opposition to untenable social conditions and corrupt bourgeois parties. Decades of Stalinist repression and anti-socialist propaganda have left a legacy of confusion and disorientation.

A major contributor to this situation has been the falsely-named “Communist” KSCM, which, like the social-democratic CSSD, originated from the Stalinist state party and has relations with the German Left Party at European level. The KSCM adhered to pseudo-socialist rhetoric and achieved its best electoral result in 2002 with 18.5% of the vote. In some areas it was sometimes the strongest party.

In fact, the KSCM is pro-capitalist and nationalist and has repeatedly cooperated with the most right-wing forces. For example, from 2017 to 2021 he helped the oligarch Babiš to obtain a parliamentary majority with a tolerance agreement. At the recent rally in Prague, KSCM President Josef Skála explicitly advocated a multi-party front with the far right. “We need to join forces, we on the left of the political spectrum, and we also need a patriotic democratic right, and vice versa,” he roared.

The deep crisis of capitalism, intensified by the NATO war against Russia and the confrontation with China, is causing fierce class struggles all over the world. This creates the objective conditions for uniting the international working class on the basis of a socialist program aimed at overthrowing capitalism.

The subjective prerequisite is the building of a party consciously based on the lessons and strategic experiences of the last century, a Czech section of the International Committee of the Fourth International, which fought Stalinism from the left, from the point of view of the world socialist revolution, since the founding of the Trotskyist Left Opposition 99 years ago.