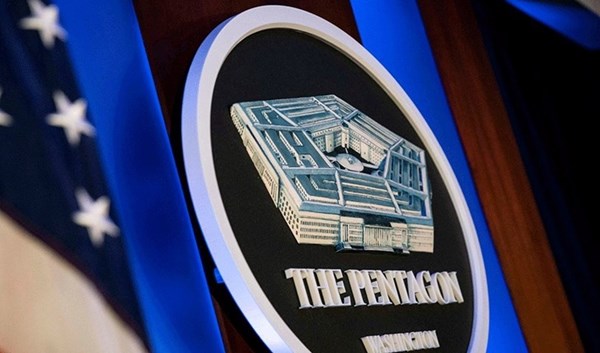 The United States acknowledges having been one of the catalysts for the Kharkov counteroffensive, providing Kyiv forces with military intelligence and training.

The United States was closely linked to the Ukrainian Armed Forces before the Kharkov counteroffensive, providing the kyiv army with intelligence on the preparation for the operation, a senior US Department of Defense official said, quoted by Sputniksaid Monday.

“We are in close contact and in conversation with the Ukrainian army. They had several options. We certainly provide them with information on the conditions, but at the end of the day it is a Ukrainian choice,” said the senior official of the Pentagon in response to a press inquiry regarding Washington’s involvement in counter-offensive planning.

Read next: US helped Kyiv with minimal offensive losses, Izyum and Kharkov: Exclusive

The official then outlined how his country would continue to train the Ukrainian military on modern weapon systems supplied to the country by the West as the war unfolds.

“The United States has already been training Ukrainian forces for a few months on how to operate some of the newest and most modern capabilities that we are providing to Ukraine,” the official said.

The training also includes assisting Kyiv forces with “upkeep, repair and maintenance of these capabilities. So we will definitely continue in this area of ​​training,” he noted.

In addition, the Pentagon official highlighted how some countries have started investing and working to provide basic training to Ukrainian soldiers and the leaders of the Contact Group member states discussed the next steps in their progress during their meeting. in Ramstein a few days ago.

In addition, the US official stressed that his country has decided to move forward to procure air defense systems for Ukraine, including the National Advanced Surface-to-Air Missile System (NASAMS).

In a statement, US President Joe Biden said the new military aid of $2.98 billion will enable Ukraine to acquire air defense systems, artillery systems and ammunition, drones and weapons. other equipment “to ensure that she can continue to defend herself in the long term”. .”

The military aid program, according to a Bloomberg report which cites 2 US officials, includes six NASAMS air defense systems as well as “Vampire” drone systems.

Earlier in July, Biden promised Ukraine two NASAMSs and in early August the US Department of Defense said they would be delivered within two to three months.

“The United States has now moved forward to source from Ukraine through USAI [Ukraine Security Assistance Initiative] air defense systems such as NASAMS,” the Pentagon official said at the press conference.

Although Washington provided information to kyiv on Russian command posts, ammunition depots and other potential targets, Ukrainian officials had been reluctant to disclose their operational plans to their American counterparts earlier in the conflict, fearing that this “highlights weaknesses and discourages continued US support”. “, according to information reported by the New York Times (NYT).

However, that all changed this summer, when kyiv concluded that discussing preparations for its counteroffensive would force Washington, contrary to past fears, to supply Ukraine with even more weapons, according to unidentified senior US officials quoted by the NYT report.

Russia announced on Saturday that its forces were withdrawing from the Kharkov region which is on the eastern front after the army controlled the region for months.

“To achieve the goals of the special military operation for the liberation of Donbass, it was decided to consolidate the Russian troops stationed in the Balakliya and Izyum regions, in order to strengthen the efforts along the Donetsk front,” the official said. Russian Defense Ministry in a statement.

The withdrawal of Russian armed forces comes after the Ukrainian army said it entered the city of Kupiansk in Kharkov.

The withdrawal from Kharkov to Donetsk, Moscow explained, was carried out during a three-day operation conducted to minimize Russian losses. However, the head of the Donetsk People’s Republic, Denis Pushilin, said there was heavy fighting between Russian and Ukrainian forces in the DPR.

Pushilin said the situation in the town of Lyman, Donetsk, was “very difficult” and that fighting had broken out in “a number of localities”, especially in the north.

“We have no choice but to keep Donbass and we will succeed. Of course we will win,” Pushilin stressed.

In light of the retreat, Russian Defense Ministry spokesman Igor Konashenkov told reporters that his country’s military had eliminated more than 2,000 Ukrainian fighters near Balakleya and Izyum.