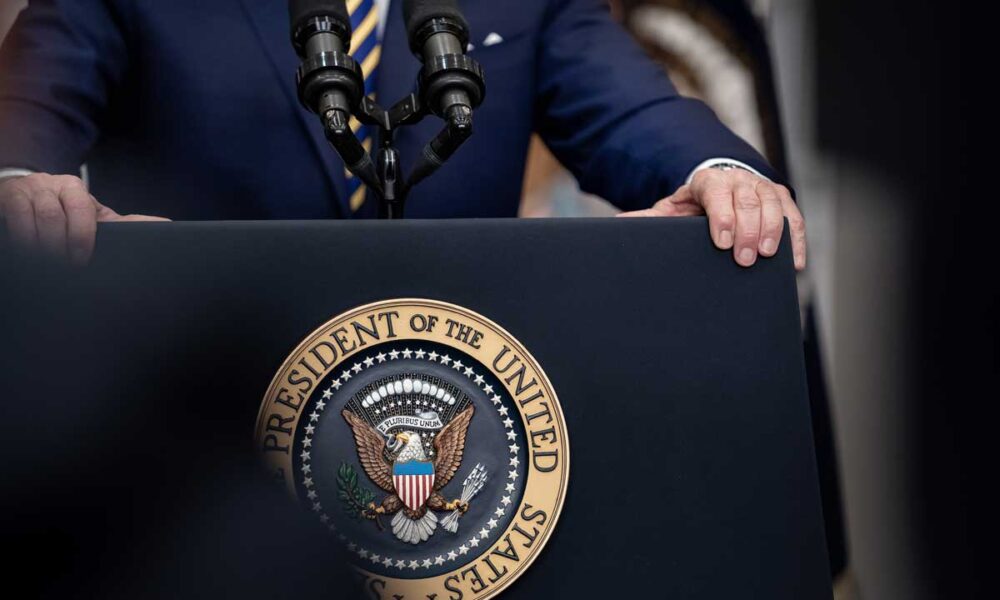 On May 9, 2022, Reuters headlined “US Congress plans nearly $40 billion more for Ukraine, COVID aid will wait” and reported that “Democrats in the US Congress have agreed to provide $39.8 billion in additional aid to Ukraine” and:

The House of Representatives could pass the plan, which exceeds President Joe Biden’s request last month for $33 billion, as soon as Tuesday, and Senate leaders have said they are ready to move quickly as well.

A proposal for additional COVID-19-related funding, which some Democrats had wanted to combine with emergency funding for Ukraine, will now be considered separately.

On April 28, Biden asked Congress for $33 billion to support Ukraine, including more than $20 billion in military assistance. This proposal was a dramatic escalation of US funding for the war with Russia.

The United States government, almost unanimously, regards the war in Ukraine not so much as Ukraine’s war against Russia, but rather as America’s war against Russia, and therefore as the first direct battlefield of World War III, which America will win at all costs. The plan is for America to eventually be allowed to place its nuclear missiles on the Ukrainian-Russian border, just a five-minute flight from the nuclear bombing of Moscow, thereby significantly weakening Russian command and control. eliminating Russia’s central command more quickly. that Russia will not be able to launch its retaliatory missiles (if one of them survives America’s initial attack). In 2006, America, discreetly and unilaterally (but never officiallybecause the change in policy was gradual and secret) abandoned the meta-strategy that had guided both Russia and the United States since the end of World War II, which was called “MAD” or “Mutually Assured Destruction” (the use of nuclear weapons only for the purpose of to prevent a WW III) to, instead, “Nuclear Primacy” by America (the use of nuclear weapons to to win nuclear war). Same some of America’s top nuclear scientists have come out publicly against this plan. But with over 98% of US Congressmen now voting consistently for him, and every US president since the days of George W. Bush, this plan (“Nuclear Primacy”) is the plan, and it is for America to conquer, in fact, ultimately, the whole world. Ukraine has become a central part of this plan because the Ukrainian border is closer to Moscow (and the Kremlin) than any other. (Therefore, Finland would be the second(Best, from the US government’s point of view, the “nuclear primacy” point of view.) The EU, under Ursula von der Leyen and Charles Michelis almost entirely united behind him and, like Frenchman Emmanuel Macron, hopes amend the EU Constitution in order to eliminate the ability of each EU member country to veto any foreign affairs proposal, for example for the EU to immediately admit Ukraine into its membership (thereby vetoing America to becomes authorized to bring Ukraine into its military alliance against Russia, NATO). As Macron said on May 9, he it will take “several decades” for Ukraine to join the EU, and consequently the founding documents of the EU must be modified in order to prevent this type of obstacle from reoccurring. So: America and the EU both agree that Russia should not be allowed to win this war, which is called the Ukraine war, but is actually the war of the United States and their allies to conquer Russia. (Any stragglers can then easily be taken care of.) They are doing everything they can to win this, to win on the first real battleground of World War III, which is Ukraine, bordering Russia.

Also on May 9, Bart MJ Szewczyk, nonresident senior fellow at the German Marshall Fund of the United States (which was created to memorize the Marshall Planthat US President Truman had set up in order to bribe European countries with billions of dollars of US reconstruction money if they joined America against the Soviet Union), headlined in the American newspaper Foreign Police magazine, “Ukraine faces an economic abyss”and wrote that “Ukraine may need $600 billion for post-war reconstruction – and all the more so as the war drags on.

Washington’s instructions to Ukrainian President Volodmyr Zelensky are to continue the war for as long as possible in order to allow so many weapons from Lockheed Martin, General Dynamics, Raytheon and other American ‘defense’ contractors to flow into the country and perhaps exhaust Russia and force it to capitulate to Ukraine (i.e. to America) in this, the first round of World War III. This approximately 600 billion dollars would of course come from the United States and the EU, not during war, but AFTER maybe hundreds of billions of dollars already have been spent during the war, in order to buy from these companies the weapons that the Ukrainians will then have used to obtain the defeat of Russia in this Nope– the nuclear opening round of what will now clearly be a long war to conquer Russia. Szewczyk went on to say that

The transatlantic division of labor over the past eight years — roughly speaking, about 80% of economic aid for Ukraine Europe and 80 percent of military aid United States—suggests likely future trends. As President of the European Commission Ursula von der Leyen argued this week, Europe has a “special responsibility” towards Ukraine and must allocate “massive investments” to support it. In particular, the European Bank for Reconstruction and Development, which has invested over $150 billion across Central and Eastern Europe since its inception in 1991 — will be a key player in galvanizing this effort. The bank has already facilitated over $16 billion investment in Ukraine and recently announced a new envelope of 2 billion dollars. His annual meeting next week will already be dominated by the theme of Ukraine.

Of course, American and European taxpayers have already spent a lot of money to start this war, until, on February 24, 2022, Russia finally invaded. Szewczyk wrote that “the European Union and European financial institutions – Ukraine’s main donors – provided about $18 billion in grants and loans to Ukraine between 2014 and the start of the last Russian invasion on February 24. He ignored the billions that America had spent there, even before the arrival of Barack Obama successful shot who had brought to power in Ukraine a fiercely anti-Russian regime there to replace neutralist government that Ukraine had had before to these United States kickwho undeniably happenedand which had been in the planning stage of the Obama administration since 2011 at the latest.

An even deeper wartime collapse of Ukraine’s economy could send millions more refugees to Europe.

The West has sufficient resources to fund Ukraine’s wartime economy through grants, loans and trade concessions. Making Ukraine work is in the interest of the West – and especially of Europe –. Not only does the EU need a functioning bulwark against an imperialist Russia, but the EU is also Ukraine’s main trading partner.

Thus, all of these estimates are much more likely to increase, rather than decrease, over the next decade.

Szewczyk is the author of the book 2021, Europe’s Grand Strategy: Navigating a New World Order, which its publisher introduces by saying, “This book proposes that the European Union develop a grand strategy for navigating the new world order based on a four-pronged approach. First, European decision-makers (both in Brussels and in EU capitals) should take a broader view of their existential interests at stake and devote more time and resources to serving them within the broader cause. of the liberal order. The description of him provided here is “Bart MJ Szewczyk was a member of the policy planning staff at the US State Department and an advisor on global affairs to the European Commission think tank”.

So: when Reuters headlined on May 9 that “US Congress plans nearly $40 billion more for Ukraine, COVID aid will wait”it was clearly a harbinger of “belt-tightening” by American and European audiences on anything other than what their respective governments view as “existential” issues, which means conquering the rest of the world , before problems such as “COVID” can be overcome. The “national security” interests of the United States and its allies “against an imperialist Russia” (as Szewczyk put it) must come first, in these ‘democracies‘. War must come first. This is clearly current policy, because of the “existential” threat, no for Russia, but from Russia.