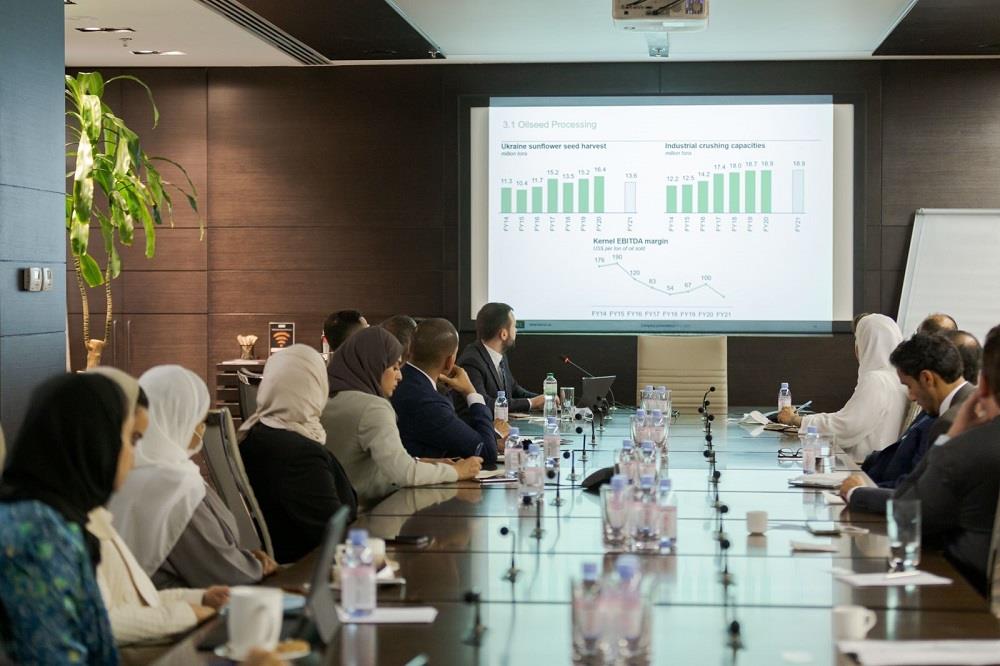 (MENAFN – Mid-East.Info D) ubai, United Arab Emirates: Ukraine’s vast grain production capacity and its ability to export grain to the United Arab Emirates was one of the main topics discussed during the ‘a visit by HE Mariam Almheiri, UAE Minister of State for Food and Water Security, to Ukraine, whose official trip ended yesterday (Wednesday September 15).

“Ukraine is located on one of the most important arable regions in the world,” said Her Excellency Mariam Almheiri. “More than two-thirds of the country’s 600,000 square kilometers are used for agriculture, and more than half of this area is actually used and suitable for agricultural production. These lands consist mainly of black soil which contains a host of ‘elements which ensure an abundant agricultural yield. This soil is very fertile, which makes it exceptionally suitable for growing crops, in particular wheat, barley, corn, sugar beet, sunflower, soybean and rapeseed. .

“This visit was strategically important as it allowed my colleagues and I to explore the opportunities for building a strong food security partnership between Ukraine and the United Arab Emirates. While Ukraine can help the UAE achieve the goals of the first of its five pillars of the National Food Security Strategy, by diversifying international sources of foreign food and agricultural investments, we in turn can share our expertise. in agricultural technology, in particular secure agriculture and aquaculture, to help Ukraine establish a viable and productive AgTech sector, ”His Excellency said.

Visiting a number of grain and sugar production and storage facilities in Ukraine during the visit, His Excellency and the delegation of the United Arab Emirates discussed with their Ukrainian counterpart various aspects of the international grain trade and responsible foreign agricultural investment, such as logistics and supply line issues, with the conversations focused on exploring a strong food security alliance between Ukraine and the United Arab Emirates .

The second day of the visit saw HE Almheiri and the delegation of the United Arab Emirates meet the Ukrainian Minister of Agrarian Policy and Food, Roman Mykolayovych Leshchenko, in the Ukrainian capital Kiev. Taking place at the ministry’s headquarters, the meeting included two presentations: one focused on the new agricultural land investment reforms introduced in Ukraine, while the second highlighted potential investment targets for privatization. The presentations were followed by meetings with representatives from a number of the country’s major food producers, including Astarta Kyiv Agroholding, a sugar producer with a processing capacity of 40,000 tonnes of sugar beet per day; Kernel Group, the world’s largest producer and exporter of sunflower oil and the agro-industrial holding Myronivsky Hliboproduct (MHP), a leader in the production, sale and export of chicken. The delegation also had a lunch meeting with Nikolay Gorbachev, President of the Ukrainian Cereal Association.

The third day of the visit included a presentation by DP World on the World Logistics Passport initiative – a private sector-led global initiative designed to make global trade smoother – where an invitation was extended to Ukraine to join the ‘initiative. HE Almheiri then met with Ukrainian Minister of Infrastructure HE Oleksandr Kubrakov, the meeting starting with a presentation and discussions on the development of Ukrainian stations, before exploring the prospects for establishing a strategic partnership between Ukraine National Airlines and the United Arab Emirates. national carriers. Later in the day, the delegation of the United Arab Emirates traveled to the town of Boryspil, located 50 km from Kiev, for a site visit to Agroregion, an innovative farm that produces seeds of wheat, barley, corn and sunflower on 45,000 hectares.

The fourth day of the visit saw officials take a short flight to the city of Odessa and an excursion to TIS Group, Ukraine’s largest port. The activity included a tour of the DPW TIS container terminal, a facility majority owned by Dubai Ports World, and a tour of the site’s grain terminal, Neptune. The program’s last official visit saw His Excellency and colleagues visit Delta Wilmar, a vegetable oil extraction plant.

Legal warning: MENAFN provides the information “as is” without warranty of any kind. We accept no responsibility for the accuracy, content, images, videos, licenses, completeness, legality or reliability of the information contained in this article. If you have any complaints or copyright issues related to this item, please contact the supplier above.

The club emerge from nowhere

Courtney Brosnan puts Kiev blunder in the past before final audition