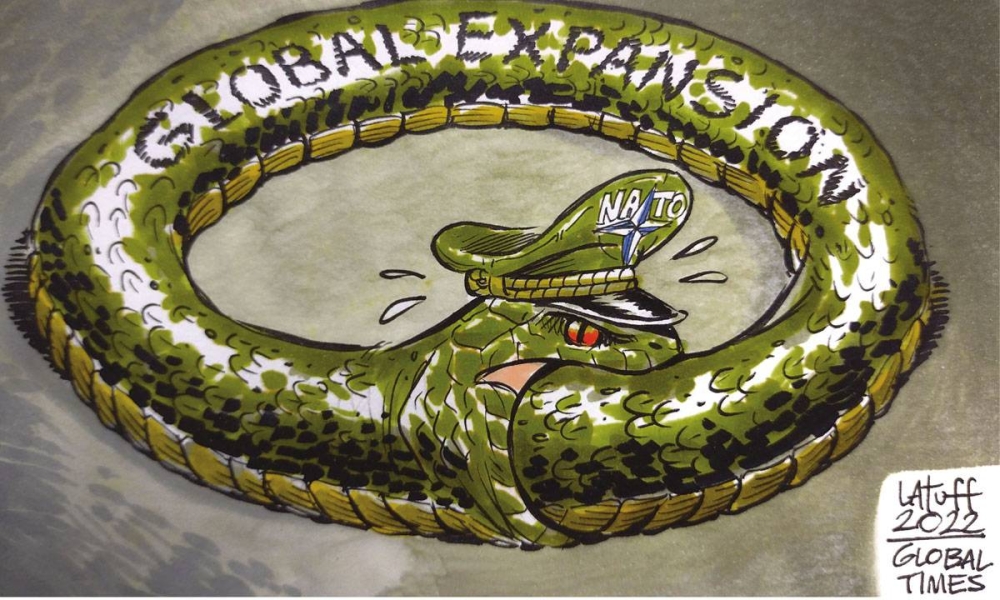 NATO’s strained capability is not accompanied by a force

Read this in the Manila Times digital edition.

The North Atlantic Treaty Organization (NATO), which constantly seeks imaginary enemies and justifies its existence by inciting confrontation, is preparing to hold a summit and intends to extend its tentacles to the Asian region. -Peaceful. Behind his aggressive narrative, the contradictions and divisions within NATO have become increasingly important. The Russian-Ukrainian conflict is not going according to the NATO playbook. This series of articles will provide some clues about NATO’s predicament.

DESPITE all the investments in the conflict, NATO is not in a position to prevent Russia from achieving the objectives of its military operation in Ukraine. This gives Moscow the opportunity to regulate the intensity of military activities on the ground according to Russian planning and strategic considerations. Very soon, the United States and its allies will face a choice between ways to recognize Russia’s legitimate security considerations in Eastern Europe.

Get the latest news

delivered to your inbox

The reason for this dilemma is simple: NATO, governed by the United States, has long since exceeded its real capabilities which cannot be matched by its strength.

In recent months, NATO allies have sent colossal financial resources to the Ukrainian government and imposed on Russia the toughest economic sanctions ever used in international politics. The number of weapons transferred to kyiv is enough to equip the army of a small European or Asian country. There are also several thousand mercenaries from NATO countries in Ukraine – all trained fighters with combat experience. Some European NATO allies admit that they have already exhausted all their available stocks of military equipment. Delivering new supplies to Kyiv will require a major production effort that will take months or even years.

We even sometimes have the impression that Ukraine is becoming for NATO what the war in Afghanistan (1979-1989) became for the Soviet Union: a huge waste of resources for the benefit of one objective at a time. incomprehensible and remote from the interests of the citizens. . Ordinary people in Western Europe and the United States fully understand that Russia does not threaten their home country or their core interests. And we can expect that in the fall, the people of NATO countries will begin to ask their governments questions — Why should they endure economic hardship any longer?

So NATO’s failure doesn’t just remain on the battlefield – it seems that all of America’s post-Cold War strategy is doomed to collapse. And the United States will have to adjust its own vision of the world order with that of other members of the international community.

NATO expansion after the end of the Cold War sounded like an easy and fun game. Russia was willing to cooperate with the West and weakened by the painful economic and societal reforms of the 1990s. NATO’s aggressive expansion was the result of excessive US self-confidence and a desire to s seize as much territory as possible after the disintegration of the Soviet Union. Instead of seizing the opportunity of the joint international effort to establish a just world order, the West has tried to maximize its advantages. As we see today, to the detriment of global stability and its own credibility as a security provider.

Even in the early 1990s, many analysts argued that NATO expansion had failed to consider the strategic implications for the bloc itself. Many responsible thinkers in the United States and Europe have warned of the need for such a move, warning that it would not only antagonize Russia, but also endanger the United States’ own reliability if Moscow defies the government. on the ground.

However, these warnings were not heeded by subsequent US administrations. Basically, the only possible scenario hinged on the enduring global dominance of the United States and the inability of others to confront NATO with anything but words. This worked for several decades – all NATO military operations after the Cold War were directed against much weaker and isolated countries such as the former Yugoslavia (1999), Afghanistan (2001) and Libya (2011).

But current events have confirmed that it was unrealistic from the start. Even if NATO will now increase its military presence in Eastern Europe, it will still not be enough, by all estimates, to pose a conventional challenge to Russia. European NATO countries such as France, Germany and Italy are already calling for a peace settlement in Ukraine. They have neither the desire nor the resources to increase the level of engagement in the ongoing conflict.

Thus, by recklessly placing ambition ahead of rational calculation, the United States places itself in a position where it further loses its credibility as a leader of the Western community. Not to mention the internal problems in the United States, ranging from the substantial consequences of Covid to rising consumer prices and racial problems.

The author is the program director of the Moscow-based Valdai Club. This opinion piece was first published in the Global Times on June 27, 2022. The Global Times is an English-language Chinese tabloid under People’s Daily, an official newspaper of China’s ruling Communist Party.