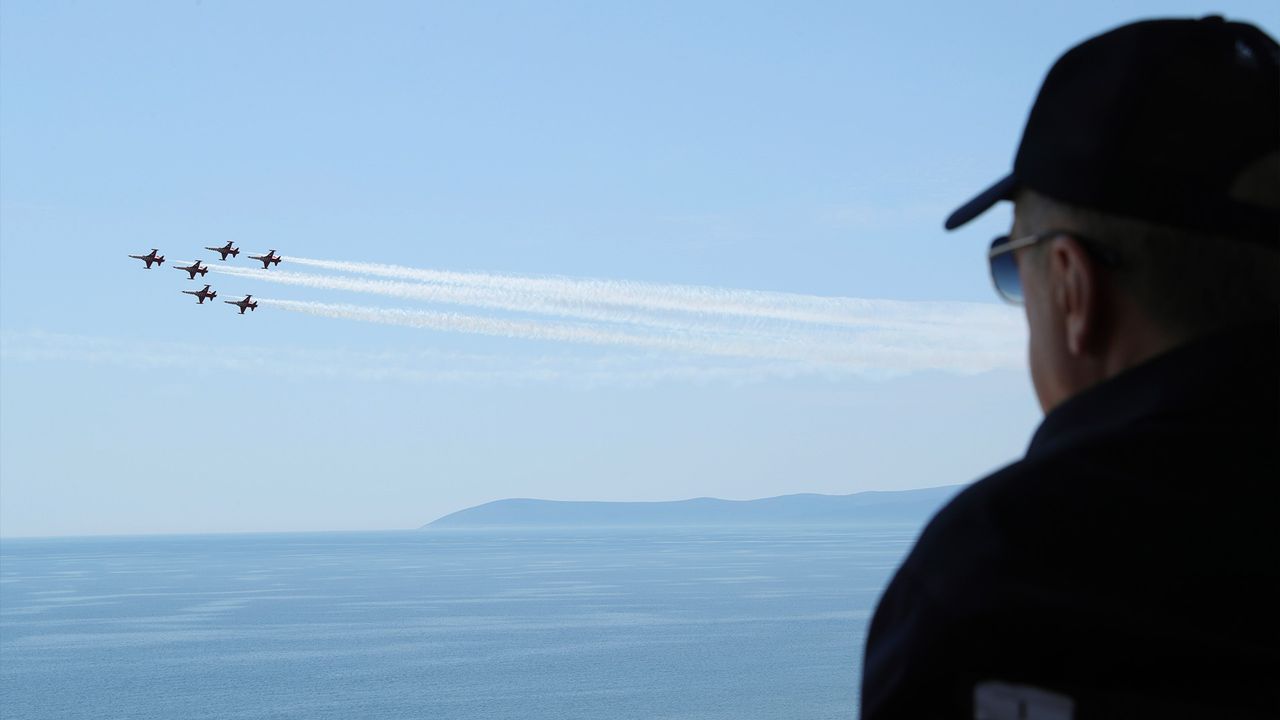 Amid the ongoing US-NATO war against Russia in Ukraine, tensions are dangerously rising between NATO member states Turkey and Greece in the Aegean Sea. The two countries stage war games against each other, accusing each other of disregarding international treaties and violating each other’s borders with fighter jets and warships.

The Turkish Armed Forces (TSK) Ephesus-2022 exercise, held in the Aegean Sea and involving more than 10,000 military personnel, ended last week. Thirty-seven countries, including the United States and Italy, participated in air, sea and land exercises. Held in Seferihisar, just 1.5 kilometers from the neighboring Greek island of Samos in the Aegean Sea, the exercise was based on the scenario of a “military landing on an island”. He was widely treated in the Turkish capitalist media as a threat against Greece.

Greek media reported that during the Greek naval exercise Storm 2022, which ended on May 27, Turkey sent “two F-16 fighter jets that violated Greek airspace, reaching only two 2 .5 nautical miles from the northern port city of Alexandroupoli”.

Threatening to militarize the Turkish islands if necessary to threaten Greece, Erdoğan said: “We again warn Greece to avoid dreams, statements and actions that will lead to regrets, just as they did there. a century”, a reference to the Turkish War of Independence against the British-backed Greek invasion in 1919-1922.

A week ago, Turkish Foreign Minister Mevlut Çavuşoğlu accused Greece of violating its peace treaties with Turkey: “But what is another reason for Greece to be aggressive? The violation by Greece of the status of the islands granted to it in the Treaty of Lausanne of 1923 and the Treaty of Paris of 1947 under the condition of not arming them [Greek islands in the Aegean Sea]and our evocation of this violation within the framework of international law.

The Greek Foreign Ministry reacted to the Ephesus-2022 exercise and statements by Turkish officials on Twitter, writing: “Ankara poses a threat to regional peace and security”. On Thursday, Greek government spokesman Giannis Oikonomou dismissed the Turkish claims, calling them “ahistorical claims and baseless myths that can neither challenge nor, much less, replace international law and international treaties”.

Accusing Erdoğan of provocation, Oikonomou threatened: “It is clear to everyone that our country has improved its geostrategic and geopolitical footprint as well as its deterrence capacity to be able to defend its national sovereignty and sovereign rights at all times”.

A century after the start of the First World War in the Balkans, NATO and the bourgeois governments of the region once again risk plunging the world into a catastrophic war. In 2020, tensions between Turkey and Greece over natural gas and maritime borders in the eastern Mediterranean have been defused by the mediation of the EU and especially Germany. Greek-Turkish talks resumed. However, as the World Socialist Website warned, “History shows that such conflicts cannot be resolved peacefully under capitalism, whether a temporary peace agreement between Greece and Turkey is reached or not.”

The war between the United States and NATO against Russia in Ukraine has now inflamed the Greek-Turkish conflict, turning the Aegean Sea into an undeclared second front in the NATO-Russia war.

The right-wing government of Greek Prime Minister Kyriakos Mitsotakis has unabashedly aligned itself with Washington’s moves against Russia. The Greek port of Alexandroupoli in the northern Aegean has been transformed into a major US military base. Alexandroupoli is also used to deliver weapons to Ukraine and to NATO forces along the border with Ukraine in Romania.

The Turkish bourgeoisie has pursued a cynical and hypocritical policy on the NATO war against Russia. On the one hand, he supported NATO’s Ukraine policy, including the NATO-backed far-right coup in Kyiv in 2014, and armed Kyiv with armed Bayraktar TB2 drones. On the other hand, he kept diplomatic channels open with Russia, greeting Russian Foreign Minister Sergei Lavrov in Ankara, and posed certain obstacles to NATO’s most aggressive moves aimed at Russia.

Ankara closed the Black Sea Strait connecting the Mediterranean Sea with the Black Sea coast of Ukraine and Russia to NATO and Russian warships, blocking a NATO naval attack on Russia. He also threatened to veto NATO plans to absorb Sweden and Finland and station NATO troops on Russia’s northern border with Scandinavia. The Turkish government did not oppose the war, however, but continued its longstanding targeting of the Kurdish people: it denounced Sweden and Finland for having links with Kurdish nationalist organizations.

Washington responded to this veto threat by inviting Mitsotakis to deliver a speech denouncing Turkey in the US Congress. During his enthusiastically received speech, Mitsotakis blamed Turkey for the division of the Mediterranean island of Cyprus and demanded a halt to US sales of F-16s to Turkey. US President Joe Biden has also given Mitsotakis strong support.

Erdoğan condemned Mitsotakis’ trip, stating that Mitsotakis “no longer exists” for him. Erdoğan added that he viewed the US-NATO bases in Greece, targeting Russia and China’s growing economic influence in the region, as a threat to his government, saying: “And, more importantly, there is has nearly a dozen bases in Greece. Who is Greece threatening with these bases?

Workers in Greece, Turkey and around the world must be warned: the danger of the conflicts in the Black Sea and the Balkans escalating out of control into a world war is very great. In the third year of the COVID-19 pandemic, prices spiral out of control as the financial aristocracy massively increases its wealth. This has caused strikes and protests internationally, and capitalist governments are all terrified of the international eruption of class struggle.

In Greece, there have been protests against the arrival of NATO forces, including the French aircraft carrier Charles de Gaulle, to threaten Russia. Strikes also broke out among railway workers against the requirement to ship US tanks to the Ukrainian and Russian borders. This follows a decade of savage austerity imposed by the European Union and the New Democracy governments of Mitsotakis and the pseudo-left SYRIZA (“Coalition of the Radical Left”).

In Turkey, the past year has seen an eruption of strikes in the health sector over official mishandling of the COVID-19 pandemic and wildcat strikes in autos, steel, mining, shipbuilding and other industries from devastating price spikes. A one-day nationwide strike by more than 100,000 doctors in Turkey is due to start today.

Erdoğan and Mitsotakis are almost at war with each other, but they are united in the attempt to use militarism and nationalism to divide the working class and suppress growing struggles on both sides of the Aegean. It is impossible to say where their reckless military adventurism ends and their incitement to anti-worker chauvinism begins. The decisive question this poses is to unify workers’ struggles internationally in a socialist anti-war movement to bring down these governments and transfer power to the working class.

High expectations in kyiv for the arrival of Scholz