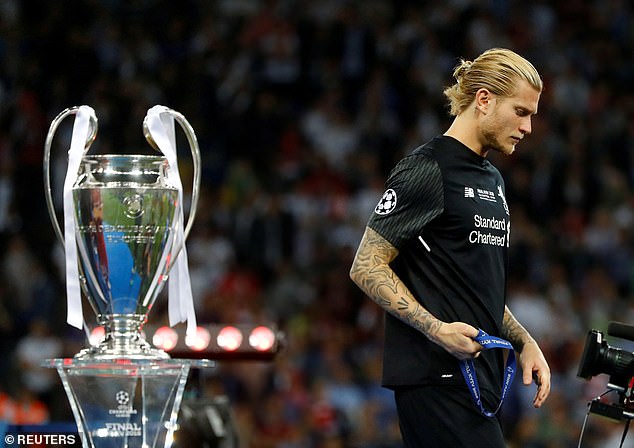 By Abdi Rashid for Mailonline

Loris Karius’ difficult period at Liverpool could end soon as the club appear ready to let him go for free in January.

The 28-year-old hasn’t played a competitive game for the Reds for more than three years and despite a contract with the club until the end of the season, he could leave in the winter transfer window for trying to resuscitate his career.

Karius joined Mainz in 2016 for a fee of £ 5.5million, but the German has failed to establish himself since then.

His last game for Liverpool came in the disastrous 3-1 loss to Real Madrid in the 2018 Champions League final – where he was at fault for two of Real’s goals.

According to the Mirror, the Reds have now decided to cut their losses by letting Karius go for free in January.

The German has spent the last two seasons on loan at Besiktas and Union Berlin, respectively.

Having initially joined the Turkish side on a two-year loan deal, he left in May 2020 due to a dispute over unpaid wages.

He spent last season on loan at Bundesliga Union Berlin, but made four league appearances.

He returned to Liverpool this summer and found himself even lower in the hierarchy. Despite the absence of Alisson and Caoimhin Kelleher in the Carabao Cup midweek draw against Preston, Karius failed to make the bench.

Speaking about his future in an interview with Bild in September he said: “We’ll see what happens in the winter. My goal is to be under the bar every week. And we’ll see where it is.

‘There were a few clubs in the photo [in the summer], but it didn’t take off for various reasons. ‘

Security in the Balkans is not just Europe’s business