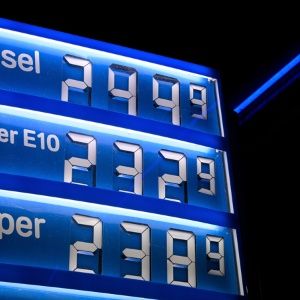 The Russian-Ukrainian conflict continues on Tuesday as the parties involved strive to negotiate a peaceful solution. Here are the latest developments:

kyiv hopes that China will play a more active role in resolving the current crisis in Ukraine and looks forward to a possible phone conversation between the Ukrainian and Chinese leaders, said the head of the Ukrainian President’s office Andrey Yermak.

“kyiv hopes Beijing will play a bigger role,” he wrote on Twitter on Tuesday. “We are impatient to [Ukrainian President Vladimir] Zelensky and [Chinese President Xi] talk about Jinping.”

Ukrainian Foreign Minister Dmitry Kuleba has previously called on Beijing to play an important role in resolving the situation in Ukraine.

Chinese Foreign Ministry spokesperson Wang Wenbin said Monday that all parties should jointly support and encourage dialogue between Russia and Ukraine to restore peace. He also said that the United States and NATO should start a dialogue with Russia in order to ease the existing security problems.

“He [Biden] will join our partners in imposing new sanctions on Russia and strengthening existing sanctions to crack down on evasion and ensure strong enforcement,” the official told reporters at the White House on Tuesday.

According to Sullivan, the announcement of new sanctions will be made on Thursday, after talks with US allies in Brussels. At the same time, Sullivan gave no details on upcoming sanctions.

“What I will say is that one of the key elements of this announcement will focus not only on adding new sanctions, but on ensuring a joint effort to crack down on evasion, circumvention of sanctions , any attempt by a country to help Russia undermines, weakens or circumvents sanctions,” the White House official said.

“We have exerted tremendous economic pressure. And in order to sustain and intensify that pressure over time, part of that is about new designations, new targets, but a lot of it is about effective enforcement and evasion,” he added. According to Sullivan, the announcement of new sanctions will be made on Thursday, after talks with US allies in Brussels.

Zelensky said negotiations with Russia are ‘moving step by step’

Ukrainian President Vladimir Zelensky said negotiations with Russia are “difficult, sometimes outrageous, but we are moving step by step.”

In a video message Tuesday night, he said those talks “are going on almost daily.” “Difficult? Very. Outrageous at times, but we’re taking it step by step,” he said.

According to the president, he is “grateful to all the international mediators who are fighting for Ukraine”.

The first talks between representatives of Russia and Ukraine took place on February 28 in the Gomel region of Belarus. Then the delegations met in Belovezhskaya Pushcha on March 3 and in Brest Oblast on March 7. Medinski said earlier that it was decided to hold further daily discussions via video conference.

The use of nuclear weapons, according to Russia’s national security concept, is possible only in the event of an “existential” threat to the country, Russian presidential press secretary Dmitry Peskov said on Tuesday.

“Well, we have a concept of homeland security. Well, you can read all the reasons why nuclear weapons are used. So if it’s an existential threat to our country, then they can be used in accordance with our concept. Well, there are a number of other reasons that have been mentioned in this text,” he said in an interview with CNN when asked if the use of nuclear weapons by Russia could be completely excluded.

Failure to pay Russian debt would not cause a “systemic crisis”. The director of the International Monetary Fund (IMF), Kristalina Georgieva, believes that the effect of a possible bankruptcy of the Russian economy would be “fairly limited” and would not involve “systemic risk” for the world economy. She explained that most of the global economy is not heavily exposed to Russian debt and that its weight is “relatively low”.

A hypothetical Russian bankruptcy is a scenario that has been speculated in recent weeks, particularly due to the impact of economic sanctions and the devaluation of the rouble. However, the IMF considers that Russia has enough dollars to meet its debts.

“No one in Ukraine feels safe… We need weapons,” Klitshko pleaded during a meeting with the Council of Europe’s Congress of Local and Regional Authorities. In this scenario, Ukrainian Lands Minister Oleksiy Chernyshov has repeatedly described Russia as a “terrorist state”, saying that 80% of its citizens favor war.

The commitments resulting from the negotiations will be submitted to a referendum. Ukrainian President Volodymyr Zelensky has said kyiv’s commitments to peace talks with Russia will be subject to a national referendum in Ukraine.

“I explained to all the negotiating groups: when you talk about all these changes, and they can be historic, there is nowhere to go, we will have a referendum,” Zelensky said, adding that he stands ready for any compromise if they are supported by the Ukrainian people.

They also discussed the efforts of NATO and European Union countries to provide humanitarian and security assistance to the Ukrainians, as well as the extraordinary summit of the North Atlantic Treaty Alliance (NATO) which will be held this week.

The United Nations General Assembly (UNGA) to vote again on Ukraine. On Wednesday, the UNGA will vote on a draft resolution on Ukraine, the second such resolution since the start of Russia’s special military operation in Ukraine. The 11th emergency special session of the General Assembly will be held after a letter calling for the resumption was received by UNGA President Abdulla Shahid, his spokeswoman Paulina Kubiak told reporters in an email. mail.

According to diplomatic sources, the new draft UNGA resolution focuses on the humanitarian situation, calling for the protection of civilians, medical personnel, aid workers, journalists, hospitals and other civilian infrastructure.

“We don’t have any. What Americans are saying are malicious innuendos. We hear this all the time and we’ve given them full answers for some time,” he said in response to the accusations. by US President Joseph Biden that Russia would use such weapons in Ukraine.

France sends humanitarian aid to Ukraine. The French Foreign Ministry announced that its country had sent 55 tons of medical equipment, computers, baby milk and generators to Ukraine. This emergency aid, amounting to 2.4 million euros, was transported by an A330 cargo plane from Paris to Warsaw.