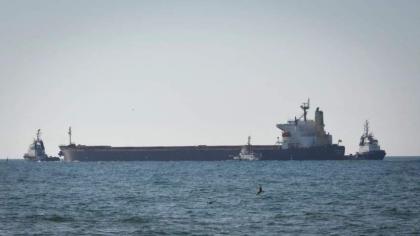 Earlier on Friday, UN Secretary General Antonio Guterres arrived at the port of Odessa. According to Ukrainian media, he will continue negotiations with Ukrainian President Volodymyr Zelenskyy and Turkish President Recep Tayyip Erdogan on the grain deal.

“Ten ships are currently loading and preparing to leave the ports of Odessa, Chornomorsk and Yuzhne. We also have more than 40 requests to enter Ukrainian ports,” Kubrakov said on social media.

The parties are working to ensure transshipment volumes increase daily, Kubrakov noted, adding that the main target is 3-5 million tonnes per month.

According to him, the parties are also paying special attention to food exports to African countries.

The Ukrainian government is discussing with the United Nations and Turkey the expansion and strengthening of the grain agreement initiative, Kubrakov said.

On July 22, Russia, Ukraine and Turkey signed a UN-brokered initiative to provide a humanitarian sea corridor for ships carrying food and fertilizer exports from Black Sea ports. Three key Ukrainian ports – Odessa, Chornomorsk and Yuzhne – have been unblocked to resume exports. A joint coordination center has been set up to monitor the implementation of the initiative, including ensuring that cargo ships do not carry unauthorized goods or personnel.