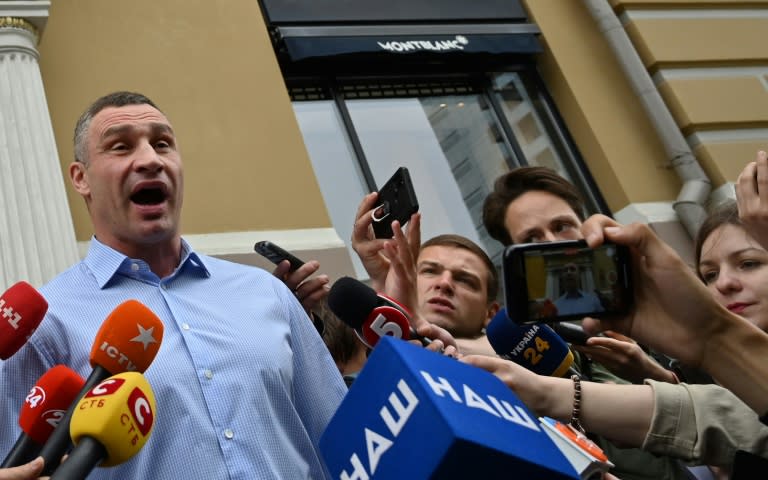 Vitali Klitschko, the former boxing champion who is now mayor of the Ukrainian capital Kiev, accused President Volodymyr Zelensky’s administration of “pressure” after the country’s security services searched his building on Tuesday.

Klitschko, who had been mayor-elect of Kiev since 2014, has disagreed with Zelensky shortly after the president’s election in 2019, when he accused his administration of an illegal attempt to curtail his powers.

Although authorities said the raid had nothing to do with Klitschko, the mayor accused the presidency of being behind the raid.

“What is happening today looks like psychological pressure to me,” he said in a statement.

During a raid on Tuesday morning, a dozen men – some of them armed with automatic rifles – entered his residential building in central Kiev, he said.

A CCTV camera recorded the gunmen who gathered near the entrance to his apartment as he himself was not at home, the mayor said.

The SBU security service, headed by a close ally of Zelensky, later confirmed the raid on the building, but said it had nothing to do with Klitschko.

The raid followed last week’s searches by law enforcement agencies of several municipal businesses and the home of a Klitschko ally, as part of an investigation into embezzlement of public funds and tax evasion .

Local media have, however, described a new standoff between the mayor and the presidency, which sees Klitschko as a potential rival to Zelensky in the 2024 presidential election.

Klitschko on Tuesday called the raids “nothing more than pressure on the local government and attempts to destabilize the situation in the Ukrainian capital.

“It’s no secret that the president’s office often holds meetings because of Klitschko,” he said.

“Someone is very annoyed by the initiatives of the city.”

Zelensky, a popular comic actor turned president, in 2019 called on Klitschko to lose some of his powers, and his then prime minister accused the mayor of failing to root out corruption.

Zelensky controls a majority in the Ukrainian parliament and if Klitschko were removed from office, it could pave the way for him to put an ally in charge of Kiev.

A sports legend with pro-European views, Klitschko has made significant efforts to renovate public places and infrastructure in the city of three million people.

But critics accuse him of turning a blind eye to the controversial activity of developers building huge malls and luxury apartment buildings in the city.