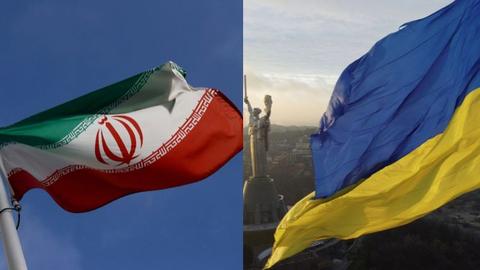 Ukrainian Foreign Minister Kuleba submits a proposal to President Zelenskyy, which aims to officially break diplomatic relations with Iran over the supply of deadly drones to Russia, while Tehran denies any involvement in the conflict.

Ukraine’s foreign minister said he was submitting a proposal to President Volodymyr Zelenskyy to formally sever diplomatic ties with Tehran after a wave of Russian attacks using what kyiv says are Iranian-made drones.

Dmytro Kuleba said on Tuesday that kyiv was certain they were Iranian and would be ready to share a “bag of evidence” with European powers in doubt.

“Tehran bears full responsibility for the destruction of relations with Ukraine,” Kuleba told a news conference. “I submit to the President of Ukraine a proposal to break diplomatic relations with Iran.”

“Strong sanctions against Iran are particularly relevant at this time, as we are seeing reports of Iranian intentions to give Russia ballistic missiles to use against the Ukrainians,” he said.

“Iran’s actions are vile and deceptive. We will not suffer them, because all these actions were committed when Iran told us that it does not support the war and that it will not support any of the parties with his weapons.

Kuleba said kyiv would send an official note to Israel requesting immediate air defense supplies and cooperation in the sector.

There was no immediate Israeli response to Kuleba’s remarks.

Ukraine claims the attacks were carried out with Iranian-made Shahed-136 drones. Tehran denies supplying the drones.

Earlier Tuesday, a member of Israel’s decision-making security cabinet, Justice Minister Gideon Saar, told national Army Radio: “Our support for Ukraine does not include weapons systems and armaments – and there is no change to that position”.

While Israel has condemned the Russian invasion of Ukraine and provided humanitarian aid to kyiv, it has refrained from also providing military support, citing concern for continued cooperation with Moscow on neighboring Syria.