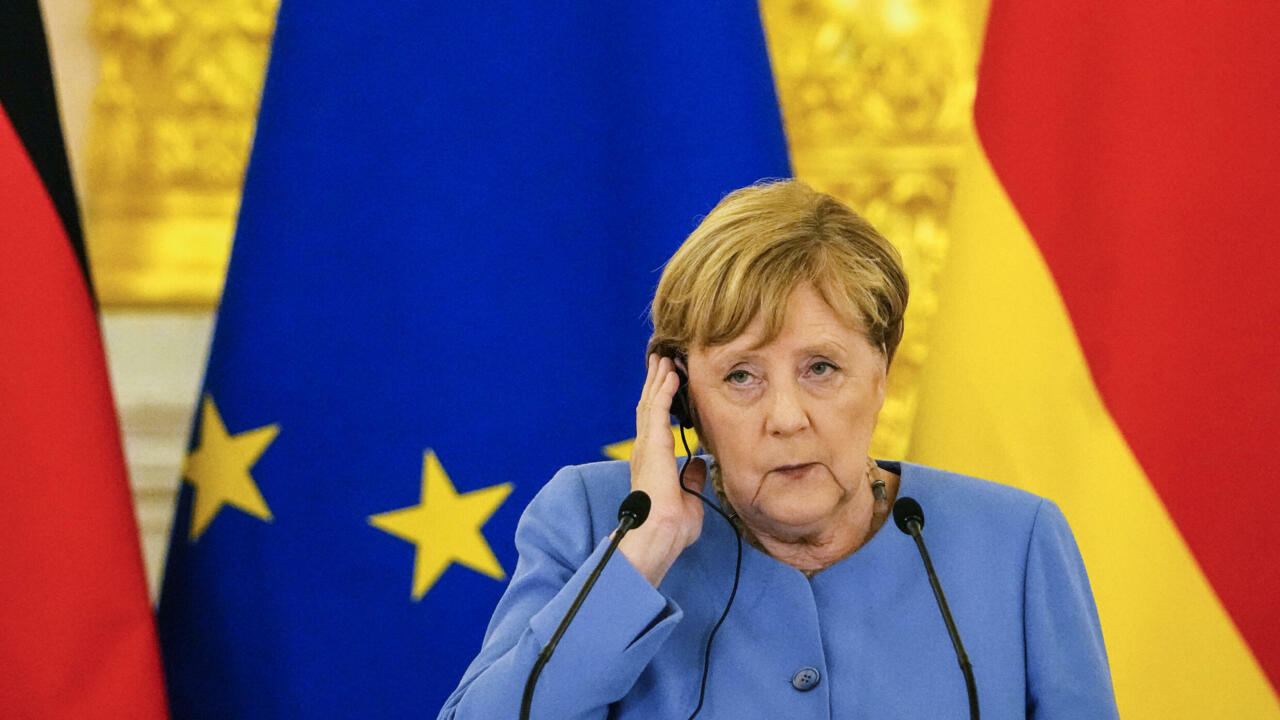 German Chancellor Angela Merkel visits Ukraine on Sunday, an ally she has supported in her conflict with pro-Russian separatists but has disappointed with her appetite for Russian gas.

She will meet President Volodymyr Zelensky just two days after meeting with Russian counterpart Vladimir Putin in Moscow before he leaves office next month.

In power for 16 years, the German leader has been a key ally of Kiev since 2014, when Moscow annexed Crimea and pro-Russian separatists split from Ukraine in the east.

But she has also been steadfast in pushing a controversial Russian gas pipeline through the finish line to Europe despite fierce opposition from Ukraine, the United States and several European countries.

“You can call it a pragmatic approach,” Zelensky said this week in an interview with multiple media, adding that Merkel was conducting a “very delicate balancing act.”

â€œIn my opinion, it’s too soft.

Despite disagreements over the pipeline, Germany is a key mediator in attempts to resolve the protracted conflict in eastern Ukraine, which has claimed more than 13,000 lives.

Since the fighting began, Merkel has been one of the loudest voices accusing the Kremlin of supporting the separatists, which Moscow denies.

And she played a crucial role in concluding the Minsk Peace Accords in 2015, which brought an end to the fiercest clashes.

But for many in Ukraine, the deal, which presupposes some autonomy for the separatist parties in the Donetsk and Lugansk regions, has been unfavorable to Kiev and is difficult to fulfill.

Merkel’s visit comes as Ukraine prepares to celebrate the 30th anniversary of its declaration of independence from the Soviet Union on August 24.

Kiev is also expected to host several European leaders on Monday for a summit on how to bring Crimea back.

Merkel, however, chose not to attend the summit, which Fesenko said shows “the ambivalence of German policy” in Eastern Europe.

It has been criticized in particular for the soon to be completed Nord Stream 2 gas pipeline of 10 billion euros ($ 12 billion), which is expected to double Russian gas deliveries to Germany, Europe’s largest economy. .

The pipeline bypasses Ukraine’s gas infrastructure and will deprive the nation of much-needed transit fees. Kiev and its allies argue that the pipeline will increase energy dependence on Russia and Moscow’s geopolitical weight.

In his interview this week, Zelensky expressed hope that Merkel’s talks with Putin would lead to a guarantee that Russia will continue to provide “minimum volumes of gas” across her country.

The outgoing German leader is expected to stress that Ukraine will remain a transit route for natural gas even after the pipeline is completed.

After her talks with Putin on Friday, Merkel said Germany would continue talks with Russia on extending its transit contract through Ukraine beyond its expiration in 2024.

“We, despite all the economic principles that must of course be taken into account, we also feel responsible,” she said at a joint press conference with Putin.

The Russian leader said Moscow “is ready to move gas through Ukraine even after 2024”, although he said that would depend on how much gas European consumers are willing to buy.

But Kiev’s attitude to Berlin’s support for the pipeline may already be set in stone.

As analyst Fesenko put it, Nord Stream 2 is a “manifestation of Germany’s economic selfishness and flirtation with Russia”.