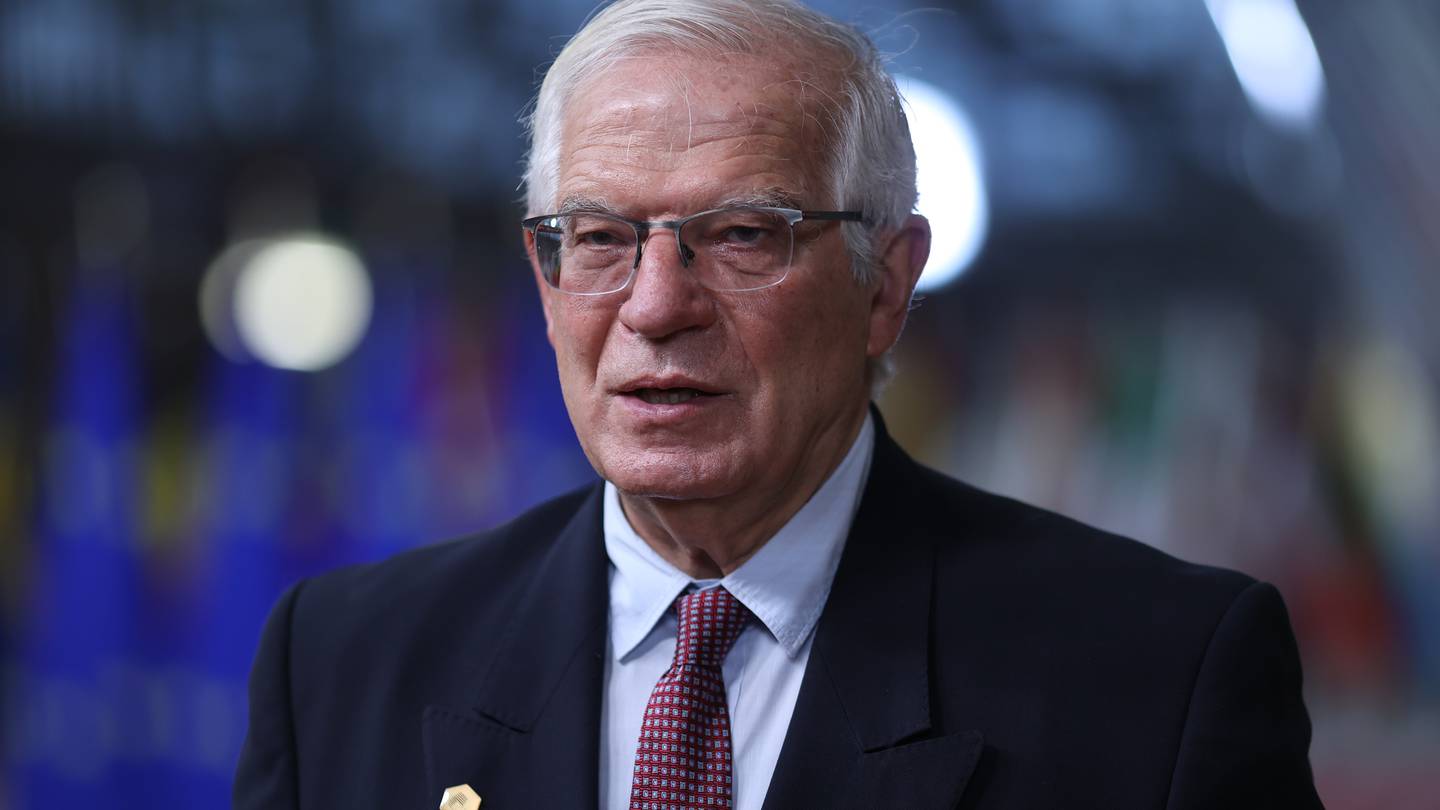 Borrell, who visited Ukraine on Tuesday in solidarity with Kiev during the Russian military build-up on its eastern flank, said the tense situation could not be discussed “without all relevant players around the table”.

His three-day trip will take him to the “contact line” between government forces and pro-Russian separatists, before heading to Kiev to meet Ukrainian officials in the capital.

His visit comes as the US and Russia prepare for high-stakes talks in Geneva in the coming days, raising concerns about the EU being sidelined from future talks of European security.

“The EU cannot be a neutral spectator in these negotiations if Russia is serious about discussing Europe’s security architecture,” Borrell told Polish news agency PAP.

“We are building a common foreign and security policy and a common security and defense policy for precisely this purpose. “

Mr Borrell said it was out of the question for anyone to “decide on things related to Ukraine without Ukraine”.

Brussels described its three-day trip as a mission to highlight the EU’s support for Ukraine’s sovereignty and territorial integrity.

Russia has been the subject of sanctions since the annexation of Crimea to Ukraine in 2014. Some EU members also suspect a Russian role in the lingering tensions in Belarus.

Mr Borrell repeated warnings from the West that Russia would face “grave consequences” if it violated Ukrainian territory.

He said the EU was ready to help Kiev respond to cyber attacks and strengthen its military capacity in the face of the Russian threat.

Russian troop movements have raised fears that Moscow is considering a full-scale invasion of its former Soviet neighbor, although the Kremlin denies such intentions.

The Ukrainian ambassador to the United Kingdom said residents of his country fear that the “big dealers” will strike a deal behind Kiev’s back.

“We also try to be very frank with our friends,” he told BBC Radio 4. Today program. “Western leaders, who are trying to help us, need to understand that Ukrainians have their own agenda.

“If Putin wants something and the compromise is too high, the Ukrainians will not just budge. “

Washington is preparing for talks with Moscow after Russia released draft treaties that would bar NATO from expanding further into Eastern Europe.

The United States has said some of the Kremlin’s demands are unacceptable, while affected countries such as Ukraine, Sweden and Finland have said NATO membership is their business.

The two leaders recently spoke by phone, but Mr. Scholz, who took office last month, would like to go further with a “qualified reset” of relations with Moscow.

Any attempt at conciliation with Mr Putin would risk angering Russian critics within his tripartite coalition.