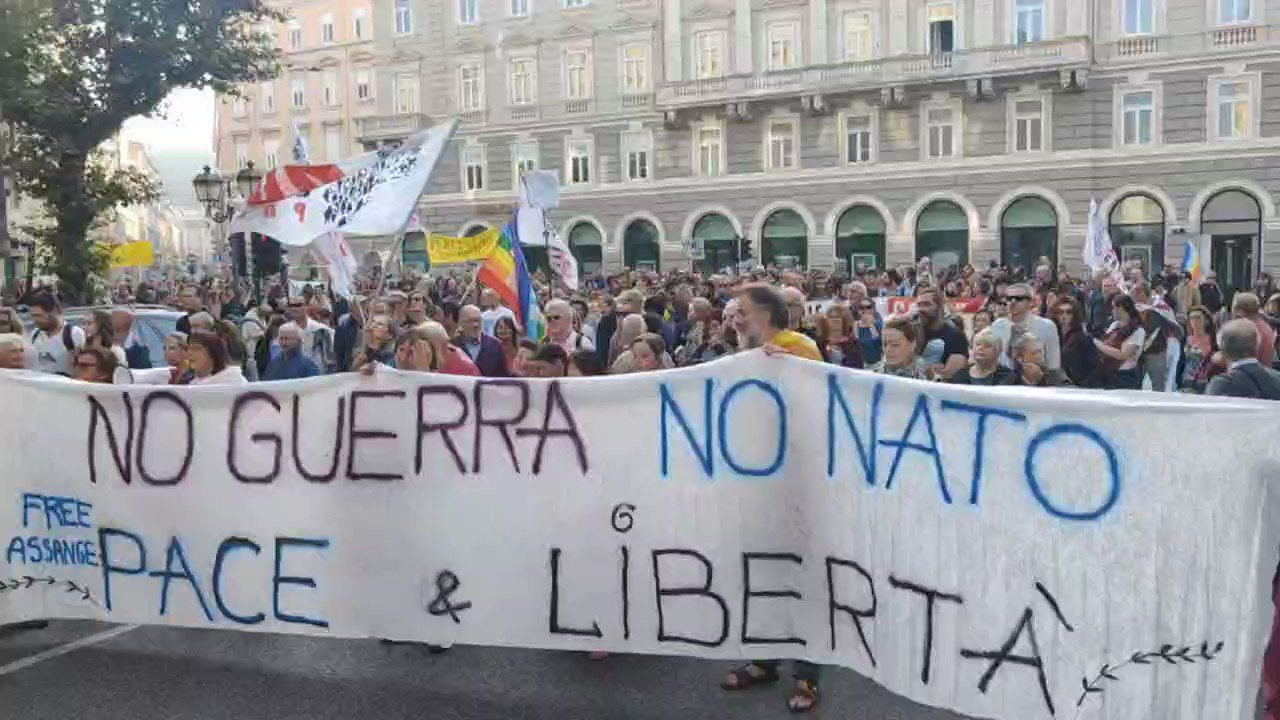 Italians marched through the capital Rome to protest the country’s joining the US-led NATO military alliance, as the energy and cost of living crisis worsens in all of Europe in the midst of the war raging in Ukraine.

The massive protest, organized by the USB (Unione Sindacale di Base) trade union, saw people burning energy bills in protest at the soaring cost of living, which is taking a heavy toll on ordinary citizens in this southern country. Europe.

The protesters called on the government in Rome to leave the NATO military alliance and demanded an end to Russia’s war in Ukraine, which is now in its eighth month.

The simmering war in Ukraine has led to a severe energy crisis across the continent, fueling strong anti-NATO sentiments among the population.

Italy has been rocked by several anti-government and anti-NATO protests in recent months.

In June, a demonstration took place in the center of the Italian capital for the withdrawal of Italy from NATO, against the supply of arms to Ukraine and the dissemination of false information about Russia and the Ukrainian war .

The protest was organized by Italian parties and associations that are part of the political opposition in the country, including 3V, Ancora Italia, SìAmo, Riconquistare L’Italia and others.

A few days ago, thousands of demonstrators gathered in Paris to demand an end to France’s membership in the US-led military alliance. They also urged their government to stop supplying arms to Ukraine, which only prolonged the crisis.

France has been grappling for months with fuel shortages amid oil refinery strikes organized by workers demanding higher wages and better working conditions.

Russia launched the military operation in the former Soviet republic after kyiv’s failure to implement the terms of the 2014 Minsk agreements and Moscow’s recognition of the breakaway regions of Donetsk and Lugansk.

At the time, Russian President Vladimir Putin said one of the goals of what he called a “special military operation” was to “denazify” Ukraine.

The United States and its European allies have imposed waves of economic sanctions on Moscow while providing large shipments of heavy weapons to kyiv despite Russian warnings.

Moscow has criticized arms deliveries to kyiv by Washington and its Western allies, warning that this will only prolong the crisis.

The war in Ukraine and sanctions against Russia have fueled a rapidly worsening energy crisis on the European continent, raising concerns ahead of winter.

Russia has halted most gas shipments to Europe, which has long relied heavily on Russian energy supplies, exposing eurozone countries to the economic fallout from the war more than other major world economies.

Morning View: UK can’t stop China but can be wary of it