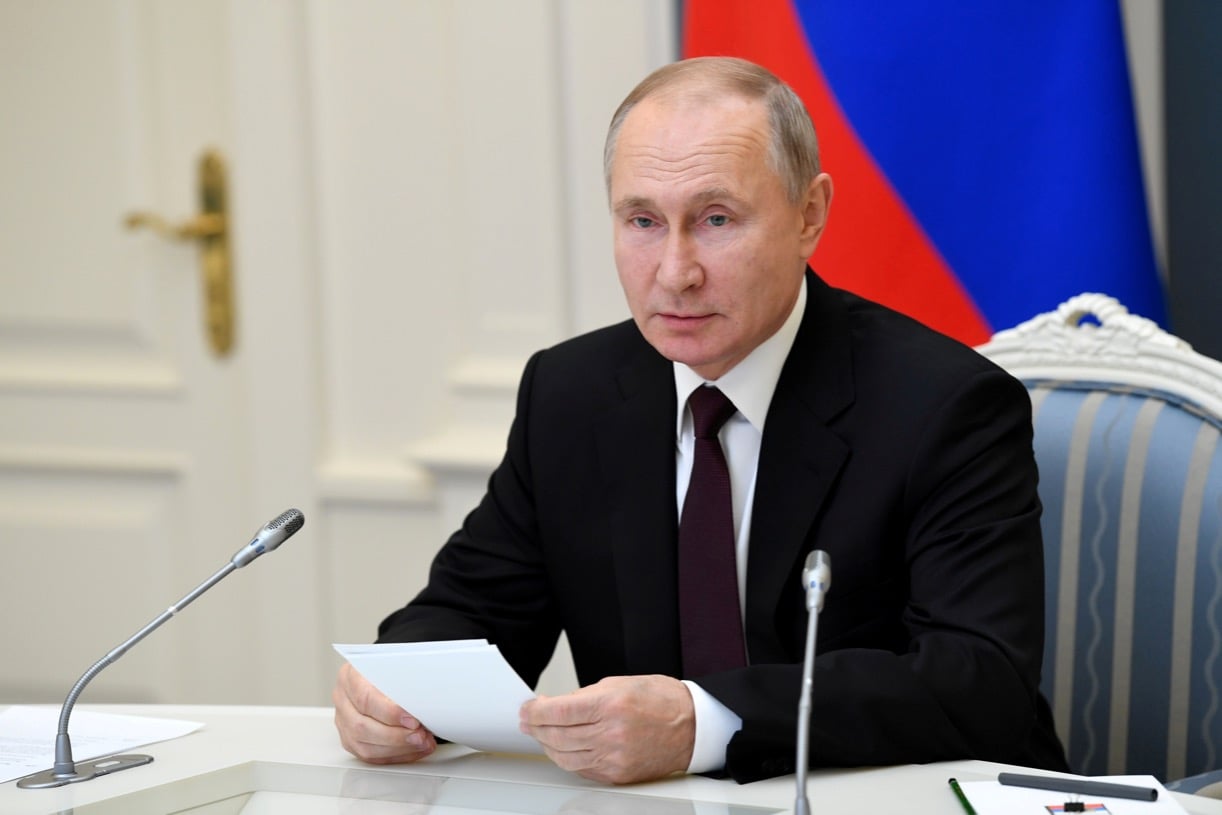 
Russian President Vladimir Putin has published his long-awaited essay on Ukraine, “On the Historical Unity of Russians and Ukrainians”. The six-thousand-word treaty did not lack attention in the West, and for good reason: Putin’s comments have direct, if not immediate, implications for the ongoing Donbass conflict, which lasted longer than World War II. world and claimed thousands of lives on both sides. But the article carries a deeper set of political connotations that predate Putin by centuries, and may resonate in Russian-Ukrainian relations long after Putin’s presidency.

Putin’s epic opens with a long historical exposition, describing the ethnogenesis of the East Slavic peoples. Today’s Russians, Belarusians and Ukrainians, Putin notes, are all descendants of Kievan Rus, a loose ninth-century federation founded by the Rurik dynasty of Scandinavian descent. As Putin guides the reader through the Mongol occupation, the rivalries between the Boyar clans and the establishment of Russian tsarism, a common thread emerges: the peoples who have lived in these lands are inextricably linked by a common faith and language. . Russian and Ukrainian are just dialects of the same underlying language, adds Putin: “Many centuries of fragmentation and life in different states have naturally resulted in regional linguistic peculiarities, leading to the emergence of dialects. . The vernacular has enriched the literary language.

Putin is quick to add that the attempts to challenge this underlying unity did not come from within, but from without: first, by Polish elites thirsty for expansion to the East, and centuries later, by Austro-Hungarian officials seeking to undermine the Russian Imperial war effort during World War I by stoking anti-Russian sentiment in Galicia. The disintegration of the Russian Empire in the late 1910s briefly left Ukraine at the mercy of German imperial designs, but it wasn’t long before Poland acted by supporting nationalist leader Symon Petliura in return for territorial rights over Galicia.

Then came what Putin considers perhaps the greatest betrayal of all: the early Bolsheviks poisoned East Slavic unity with their policy of “Ukrainization”, imposing an artificial Ukrainian national identity on people who were predominantly Russians. “The Bolsheviks treated the Russian people as inexhaustible fodder for social experiments,” he wrote. “So they drew borders at will and handed out generous territorial ‘gifts’. In the final analysis, it does not matter what guided the Bolshevik rulers in dividing the country. We can discuss the details, causes and logic of certain decisions. One thing is obvious: Russia has essentially been stolen.

With the historical context sorted out, Putin comes to his denouement: contemporary Western powers have now picked up where the Poles, Austro-Hungarians and Bolsheviks left off, clinging to old theories of the Ukrainian nation to transform the nation. Post-Soviet Ukraine in a kind of “anti-Russia”. Putin notes that these efforts culminated with the Euromaidan revolution of 2014, which placed Kiev under Western suzerainty: “In the anti-Russian project, there is no room either for a sovereign Ukraine nor for the political forces that attempt to defend its true independence, “he wrote.

Putin then offers some of his harshest messages to date on the ongoing civil conflict in the territories of eastern Ukraine, going so far as to suggest that “Kiev just doesn’t need the Donbass.” While this does not quite reach the level of impending political intent, it is difficult to interpret this as anything other than Putin laying the long-term intellectual foundation for Russia’s potential recognition and absorption of the Donetsk and Luhansk People’s Republics. It would clearly be a violation of the same Minsk protocol that Putin formally wants Ukraine to implement, but its overall premise seems to be that Kiev could not live up to the Minsk format even if it wanted to. If today’s Ukraine is, as Putin claims, a West-led “anti-Russian project”, why would its rulers – or their supposed Western puppeteers – accept a peace deal that gives the the predominantly pro-Russian people of Donetsk and Luhansk a generous autonomy agreement, strong political representation and what amounts to a permanent veto over Ukraine’s main foreign policy decisions?

The wider implications for Ukrainian-Russian relations are even more striking. “Russia is open to dialogue with Ukraine and ready to discuss the most complex issues,” he wrote. “But it is important for us to understand that our partner is defending their national interests but not serving those of another, and is not a tool in someone else’s hands to fight against us.” As long as Ukraine remains what Putin sees as an anti-Russian platform, there is nothing more to discuss between Russia and Kiev. This impasse is also not likely to be resolved by a change of government in Ukraine, as Putin’s underlying grievance is not with the Zelensky administration but with the Ukrainian state as it is currently constituted. As far as Putin is concerned, there is only one way for post-Soviet Ukraine to exist properly: “I am convinced that true Ukrainian sovereignty is only possible in partnership with the Russia… Together, we have always been and will be many times stronger. and more successful. Because we are one people.

Russian extremists and hawkish political commentators have previously suggested that the Kremlin erred in granting diplomatic recognition to the Ukrainian government that emerged in the aftermath of the Euromaidan revolution. This essay is as close as Putin has come to “correcting” this supposed error. “We will never allow our historic territories and the people close to us who live there to be used against Russia,” he insisted, warning “those who undertake such an attempt” that they “will destroy their own country” . To assess this rhetoric simply as a signal that Moscow is preparing to take specific military action is to miss the point of what the Russian president is trying to convey. Putin’s work is nothing less than an act of moral and political divestment not only from contemporary Ukraine, but from the very possibility of a Ukrainian state outside the Russian sphere of influence.

Mark Episkopos is a national security reporter for The national interest.

Eternal revolution? Ukrainian interior minister’s strongman is gone, but chaos and scandal in troubled country are here to stay