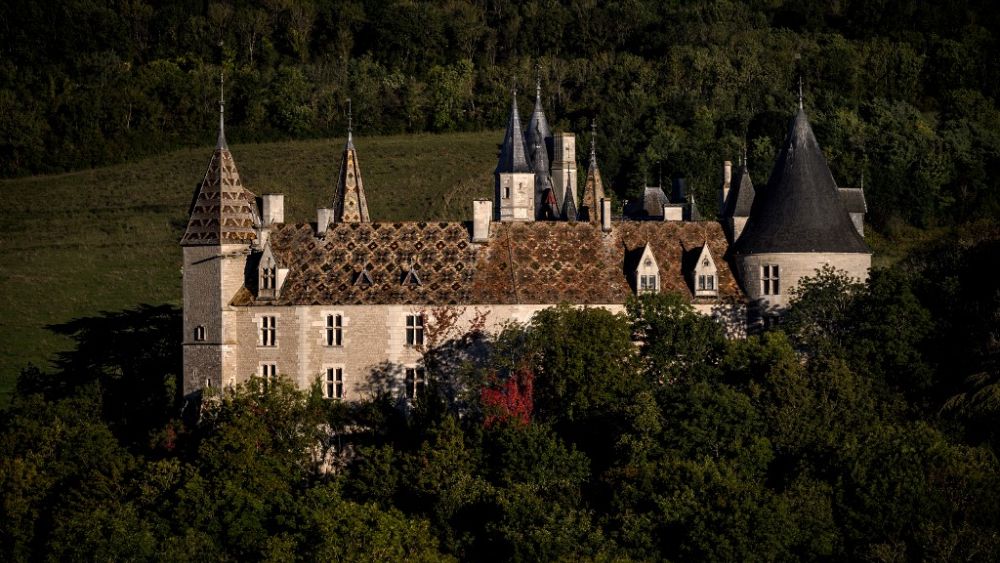 Burgundy, a French region renowned for its top-of-the-range wines, has no shortage of a château. And some of them would have ghosts. But one castle in particular has found itself embroiled in a very special scenario where the owner appears to be both alive and dead.

Chateau de la Rochepot, in Burgundy, France, is a stone’s throw from the sacred Chardonnay vines of Puligny-Montrachet. The 12th-century neo-Gothic fortress is still perched majestically on a rocky outcrop, but the whole place is now under compulsory liquidation.

A major tourist attraction and soul of the village, the castle has been closed for three years and its furniture is now being auctioned off to repay the debts of its wealthy Ukrainian owner.

Now jailed awaiting trial in a fraud case involving more than 12 million euros, prosecutors accused him of pretending to be dead to escape justice.

The castle is managed by a Ukrainian residing in Lithuania and a Moldovan who acts for a company in Luxembourg.

In the village, a Ukrainian sometimes appears who speaks of “his” castle but prefers to call himself “Monsieur” rather than giving his name.

In December 2017, the local daily Le Bien Public revealed that the artisans contracted for the “magnificent project” had never been paid.

Alerted, Europol then discovers that this “Monsieur” is a “high-flying fugitive” who passed himself off as dead in 2014 to “escape justice” in his country. The deceased (now strongly resuscitated), Dmitri Malinovski, defrauded “more than 12 million euros”, according to the Kiev prosecutor’s office.

On October 5, 2018, the police arrested him in “his” castle. Since then, he has been in prison in Nancy, where we will know “in the coming months” if a trial takes place, probably “in the first half of 2022,” Vincent Legaut, vice-prosecutor in Nancy, told AFP. The Ukrainian does not wish to comment, according to his lawyer, Benoît Diry.

Favorite for the locals

All seemed to be going well for the villagers in 2015 when the castle finally attracted a buyer after being on sale for three years. Its owner, the heiress of ex-president Sadi Carnot, had set as a condition for the sale the “total respect” of the place. But the auction shows how the promise was broken, despite the condition being accepted by the new owners.

Yet it is heartbreaking for the 300 or so inhabitants of La Rochepot, and they have mobilized to try to save the historical pieces they can from the clearance sale.

“We are asking for an outright postponement of the sale as it is at the moment. If the liquidator hears our protest and agrees to sell only the recent parts, it will be very good for us”, declared Romuald Pouleau, a former keeper of the castle.

Villagers say the affair is not limited to the castle, and stress that it is crucial for tourism in the area and that many livelihoods depend on its continued existence.

“The village loses 30,000 visitors per year, so it has a big economic impact on the guest houses, on the winegrowers, on the farmers”, declared Véronique Richer, the mayor of the village, alarmed by the repercussions on the economy local. “This has an impact not only on the village but also on the whole territory.”