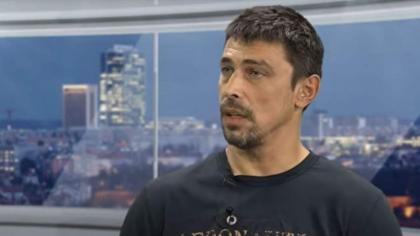 The detention of Russian citizen Alexander Franchetti at Prague airport on warrant from Ukraine is a “dangerous precedent”, which gives the impression that Russian citizens cannot feel safe while in the countries Europeans, Jan Carnogursky, former Slovak Prime Minister and head of the International Association of Friends of Crimea, told Sputnik

PRAGUE (UrduPoint News / Sputnik – September 21, 2021) The detention of Russian citizen Alexander Franchetti at Prague airport under a Ukraine warrant is a “dangerous precedent”, which gives the impression that Russian citizens cannot feel safe when in European countries, Jan Carnogursky, former Slovak prime minister and president of the international association of Friends of Crimea, told Sputnik.

Franchetti was arrested on September 12 under a warrant issued by Ukraine, where he is wanted for his alleged role in the reunification of Crimea with Russia in 2014. Moscow called on Prague to prevent the “politicization” of the case and release the Russian citizen.

“I am closely following the development of the situation with Franchetti and I believe that his detention is a dangerous precedent which may lead to the fact that not every Russian citizen entering the territory of the Member States of the EU will feel there safe, because independence, justice in these countries is not assured, “said Carnogursky.

Carnogursky expressed concern that similar incidents could happen to any Russian, even those that had nothing to do with the Crimean referendum.

“There may be such ‘witnesses’ who will say that such and such a person was in Crimea at one time and participated in God knows what,” he suggested.

Even though the actions of the Czech judicial authorities towards Franchetti did not formally contradict the law, the question of their objectivity is “another question”, which Carnogursky refused to go into further.

“If the Czech Republic had extradited Franchetti to Ukraine, first of all, it would have violated international law on Interpol, which obliges this organization to deal only with criminal and not political matters. And the Franchetti affair is purely political since the Ukrainian authorities are contesting the right of the residents of Crimea to decide on the question of the secession of the peninsula from Ukraine and to join Russia in their referendum “, explained the Slovak politician.

If the Russian national were extradited to Kiev from Prague, the latter would violate the rights of Franchetti himself, given that the legal proceedings against him in Ukraine are unlikely to be objective, added Carnogursky.

However, in recent times the Czech Republic has made many “serious miscalculations” in its policy, so the issue of Franchetti’s extradition to Ukraine remains likely, the Slovak official concluded.

Crimea joined Russia in March 2014, when almost the entire population of the peninsula participating in a regional referendum voted for reunification. Kiev and Western states refused to recognize the results of the vote, imposing economic and political sanctions on Moscow.