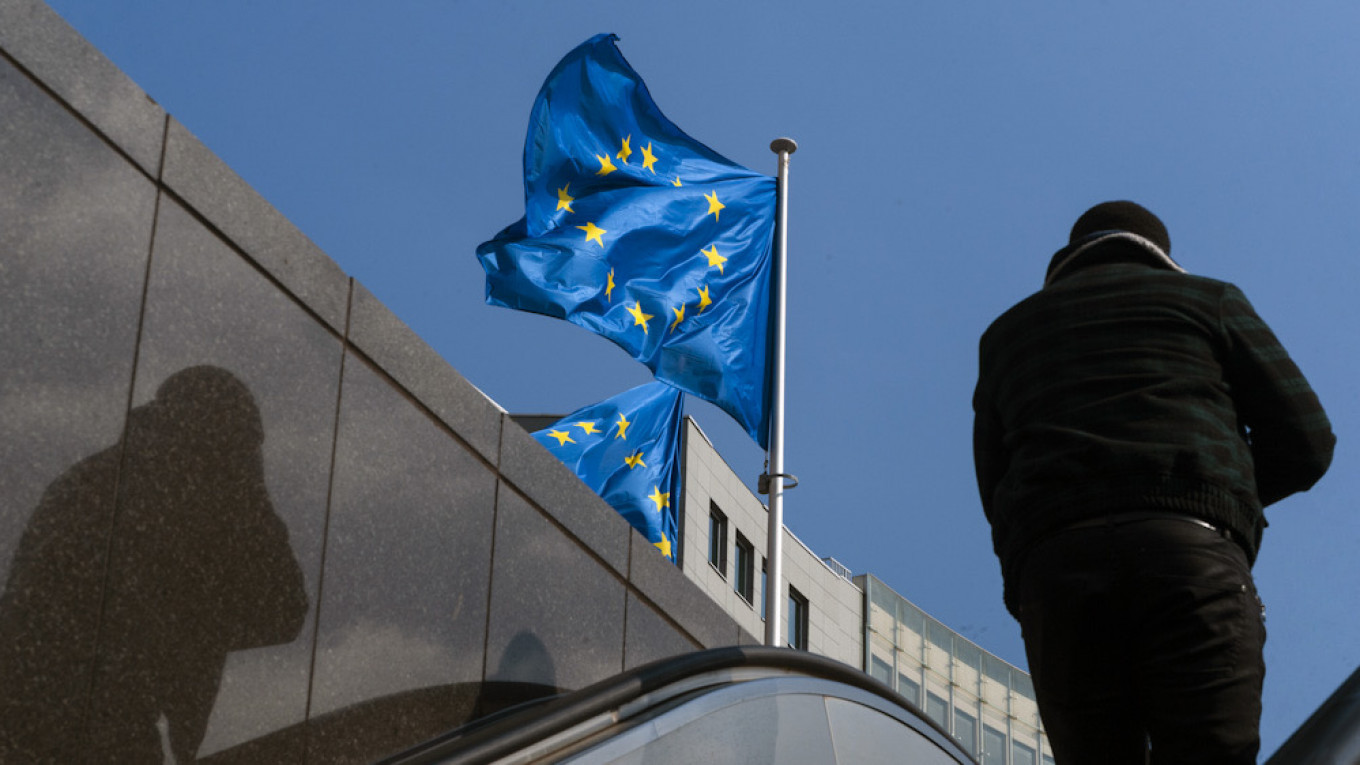 Western allies on Thursday rejected Russia’s offer to thwart Kyiv’s NATO ambitions and urged Moscow to halt its military build-up along the Ukrainian border and resume talks led by France and Russia. ‘Germany.

The leaders of the European Union, meeting in Brussels, insisted on “the urgent need for Russia to defuse the tensions caused by the military build-up along its border with Ukraine and the aggressive rhetoric”.

They reiterated a threat to impose “massive consequences and a high cost” on Moscow through sanctions, coordinated with EU partners in London and Washington.

The United States has used similar language of “massive” retaliation in the event of a Russian invasion while trying to reach out to Moscow to defuse the situation.

Russian President Vladimir Putin wants a direct dialogue with his American counterpart Joe Biden to resolve the impasse and seeks security guarantees to withdraw his troops.

But the European leaders at their summit pushed for a return to the “Norman format”, a four-way dialogue between Paris, Berlin, Kiev and Moscow.

Russia on Wednesday handed over a list of security demands to U.S. Assistant Secretary of State Karen Donfried, who then traveled to NATO headquarters in Brussels to discuss them with Stoltenberg.

The NATO chief also met with Ukrainian President Volodymyr Zelenskiy and gave a joint press conference to insist that any decision to join is up to Kiev and the 30 member states of the alliance.

He said there would also be no compromise on NATO’s partnership with Ukraine, calling it important for both sides and “in no way constituting a threat to Russia.”

Zelenskiy attended a previous summit with EU leaders on Wednesday – most of which are also NATO members – and said most of them supported Ukraine’s position in the conflict.

But he is frustrated that European powers in particular have refused to take preemptive action against Russia, preferring to threaten retaliation in the event of Russian action.

“Since 2014, since the start of the war, I think Russia has basically pushed Ukraine into NATO,” he said.

“Basically, I believe that today Russia itself is leading Ukraine’s difficult path to NATO.”

He complained that he said some EU members did not seem to understand the extent of Ukraine’s peril and urged them to act quickly.

Russian Deputy Foreign Minister Sergei Ryabkov told Donfried on Wednesday that NATO should halt its eastward expansion and withdraw its pledge that Ukraine could become a candidate for membership.

A US statement said Donfied would stress that “we can make diplomatic progress to end the conflict in Donbass through the implementation of the Minsk accords in favor of the Normandy format”.

Ukraine and its closest Western supporters want to cancel the opening of the Nord Stream 2 pipeline, which will bring Russian gas supplies to Germany, bypassing Ukraine.

Germany’s new leader, Chancellor Olaf Scholz, has been cautious on this point, and some of the leaders meeting in Brussels fear that preventive sanctions will provoke rather than deter Russia.

Bringing Russia back to the negotiating table will not be easy.

“Moscow does not want to return to the Norman format and wants to negotiate with the United States,” a senior European diplomat told AFP.

The diplomatic channel was established during a summit in Minsk in 2015 where Putin accepted that France and Germany play the role of moderators in the talks between the two belligerents.

“The Americans are in favor of a return to this format, and discussions are underway with Moscow, but nothing has yet been agreed,” said the European envoy.