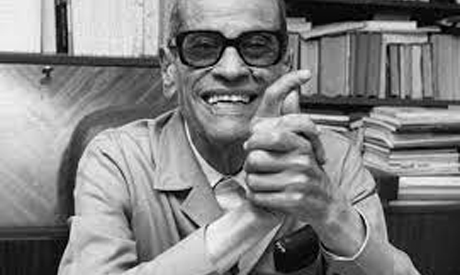 Naguib Mahfouz died 15 years ago on Tuesday at the age of 94, after single-handedly establishing the novel as an Arabic literary form during a 70-year career in which he published 35 novels and ten times more short stories, writing 26 film scripts, while keeping his civil servant routine and a weekly meeting with other public intellectuals. In 1988, at the age of 77, he became the only Arab author to receive the Nobel Prize for Literature; he did not make the trip to Stockholm, but delegated a writer friend to read an acceptance speech on his behalf. It was the year of the publication of the Satanic Verses of Salman Rushdie.

In the wake of the 1993 World Trade Center bombing, New York-based terrorist leader Omar Abdel-Rahman condemned Mahfouz as, among other things, an unfaithful agent of the West. He based his verdict on the 1959 novel The Children of Gebelawi, actually a deeply conservative allegory that had never been published in book form in Egypt due to censorship by religious authorities.

At the age of 82, Mahfouz was therefore stabbed in the neck by a young follower of the disturbed blind Sheikh in front of his house. Although he survived, he suffered permanent damage to his vocal cords and the nerves controlling his right hand; he could not write for more than a few minutes a day; and thus he came to produce the remarkable collections of vignettes Echoes of an Autobiography (1994) and Dreams of the Rehabilitation Period (2004), so different from his normally expansive prose.

Although rarely dazzling, Mahfouz’s writing is as varied as it is coherent; a sense of wisdom often governs the fate of its characters, who embody rather than rebel against received social, cultural and religious norms, but do so in full dialogue with the realities of the modern world and the challenges – moral as well as economic – of the human condition. Often criticized for his moderate policies, in a 1950s Marxist critique Mahfouz was famous for being the “petty-bourgeois author,” but in the end his vision survived not only the fall of the Soviet Union but also the rise of Islamist terrorism; and he had to pay a higher price for secularism and liberalism than any of his left critics.

Besides The Trilogy (1956-57) – his best known work – Mahfouz is fondly remembered for Midaq Alley (1947) – an intense, character-driven drama of rare artistry and depth, which was transformed into a Mexican as well as an Egyptian. film – and the wise and lyrical epic of Harafish (1977). Both take place in Cairo, where he was born and raised, before moving to the banks of the Nile when he got married at the age of 45. 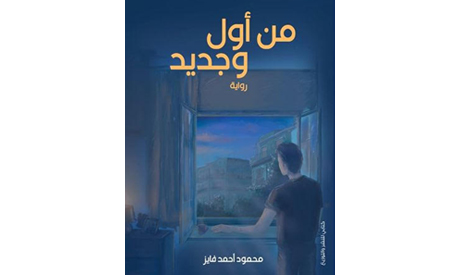 The weight of life

Centered on the possibility of starting over, Mahmoud’s page turner Ahmed Faiz Min awwel w gedid (From Scratch), released by Kitabi this year, is a thought-provoking novel reminiscent of a Bollywood feature film in its lineup, melodrama and its entertainment value. The action, which takes place over several decades from 1988 to 2023, is experiencing several progressive climaxes; and his characters are many and varied.

Two pivotal characters are Tamer, the nephew, and Hazem, the maternal uncle; both play heroic roles despite moments of weakness as the book tackles a range of issues: family, divorce, child rearing, immigration and, perhaps most impressively, disability. This is expertly woven into the fabric of an extremely complex yet fully accessible and engaging narrative, in which the dark and heartbreaking events are balanced with comedic relief and frequent happy endings. A sense of redemption is often felt in the development of interpersonal relationships, with ideas such as simple apologies taking on impressive moral weight. 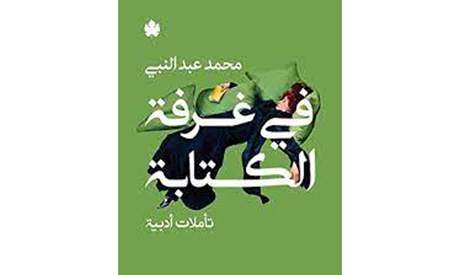 The novelist Mohammed Abdel-Nabi takes us on a journey through his creative practice. In a non-fiction book, he reflects on how fiction writers discover their ideas and deploy their talent regardless of technical details. He also reflects on certain existential questions such as the formation of literary taste and the value of silence and isolation for the novelist. Abdel Nabi also examines the link between music and writing; it gives only inconclusive answers to various debates related to literature in particular and the arts in general.

Egyptian novelist and translator born in 1977, Abdel-Nabi studied languages ​​and translation at Al-Azhar University, founding a creative writing workshop called Al-Hekaya wi Ma Fiha (All About Tales). He has published five short stories including The Ghost of Anton Chekhov, which won the Sawiris Prize for Literature in 2010, Warda Lel Khawanna (A Rose for Traitors, 2016) and Kan Yamakan (Once Upon a Time, 2018), a short story , Imprisoned Ghosts (2000) and acclaimed and award-winning novels like Regou Al-Sheikh (The Return of the Sheikh, 2011) and Fi Ghorfet Al-Ankabout (In the Spider’s Room, 2016), which was on the shortlist of the International Prize for Arab Fiction and won the French Prize for Arab Literature at the Institut du monde arabe in Paris. 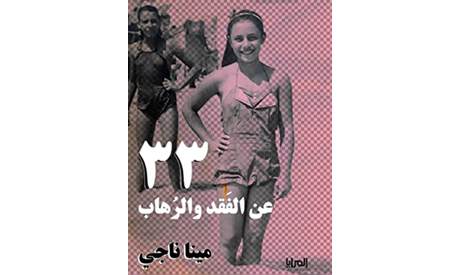 After the sudden loss of her mother, who was neither sick nor old, Mina Nagy chose to treat her grief as non-fiction, attempting to reinvent the world as she sees it to overcome “disaster”. In the first part of the book, he composes a journal of poetry as well as prose embodying his struggle.

The second part of the book is an essay on agoraphobia, a disease that Nagy suffered for most of his life, which he approaches through the prism of the Covid-19 lockdown and the curfews of the revolution of January and June, among other angles. It is a separate subject, but not unrelated.

Nagy has written poetry and short stories as well as two novels, Bila Ajneha (Wingless, 2016) and Madinat Al-Shams (City of the Sun, 2020). This is his first foray into literary non-fiction. 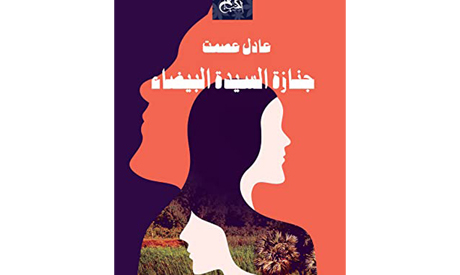 This novel revolves around Neema, a woman from a village called Nakhtai, on her last day on earth, but it does not tell so much her story as that of an entire country, with difficult circumstances and difficult choices, since then. he arrival of the French in 1798 during the January 2011 Revolution. Many readers can relate to the changes that have taken place in Takhtai through Neema, her husband, Colonel Othman Al-Fiki, and her three children, Manar, Marwan and Somaya.

Neema’s decision to marry Othman rather than the love of her life Hamdi Badran is one of the keys to her miserable life, the Colonel being a living symbol of the patriarchal authority that tyrannizes over her and her children. The novel thus also deals with generational conflict and historical disaffection. By these means, Adel Esmat manages to eliminate the space between the staff and the audience and to tell the story of modern Egypt through the intimate and relatable experiences of a typical family.

Born near Tanta in 1959, Adel Esmat graduated from Ain Shams University, where he studied philosophy, in 1984, obtaining a second degree in library science at Tanta two years later. His first novel, Hages Al-Mawt (Death Premonition) was published in 1995; he has since published a collection of short stories, Qusasat (Fragments, 2015) and nine other novels including Contes de Yusuf Tadrous, for which he received the 2016 Naguib Mahfouz medal. The Commandments were shortlisted for the International Prize for Arab Fiction in 2019, and The Days of the Blue Windows won the State Incentive Award in 2011. 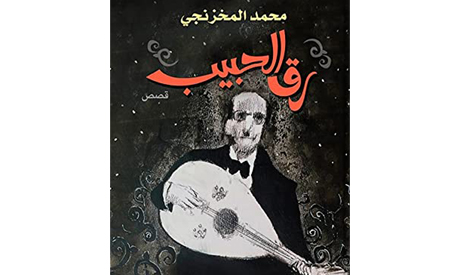 It is a collection of ten short stories in which a renowned master of the genre mixes reality with the imagination and the old with the new. Dealing with both the cholera epidemics of the past and the coronavirus pandemic, Al-Makhzangi makes a powerful statement about our time. The title is a tribute to the famous Um Kulthoum, often heard in the background.

Born in Mansourah in 1949, Mohamed Al-Makhzangi studied medicine, specializing in psychiatry and alternative medicine, first in Cairo, then in Kiev, where he was during the Chernobyl disaster. But he has worked as a writer and editor, notably at Kuwaiti magazine Al-Arabi. His most recent books include Janouban wa Sharqan (South and East, 2011) and Haywanat Ayamna (Animals of Our Days, 2006). 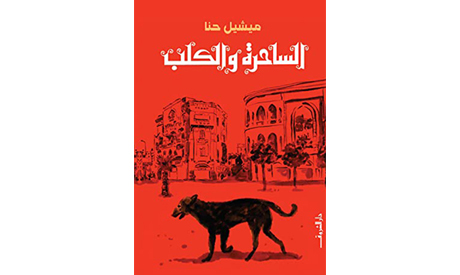 Michel Hanna’s debut features a 15-year-old middle-class protagonist from Heliopolis struggling with adolescence as he tries to fend off a strange woman determined to seduce her father. It turns out that this woman is a witch who turns the boy into a dog when he refuses to move away from her; therefore, the novel offers a dog’s gaze on the streets of the suburbs, as conscious of dogs as of animals.

Born in 1977, Michel Hanna is well known for his relentless efforts to document Cairo’s legacy on social media and for his interest in Heliopolis. He has won awards for his short stories, but he has also written on photography and mythology. 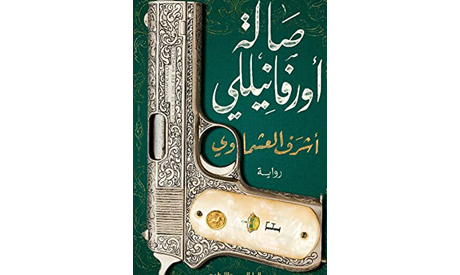 Ashraf El-Ashmawi’s latest novel addresses the unusual and forgotten world of auction houses in Egypt. Set before the 1952 revolution and revolving around two characters, Orfanelli – an Egyptian Jew of Italian descent – and Mansour, an indigenous Muslim, who owns an auction room named Orfanelli-Mansour.

The novel highlights the strong Jewish presence in the Egyptian economy and the community’s close ties with the royal family. Orfanelli and Mansour have a love-hate relationship. When the first tries to bring his son, the sly attitude of the latter transforms him into open conflict, resulting in the death of Orfanelli; eventually Mansour decides that he must also kill Orfanelli’s wife, to be the sole owner of the business. But it is Orfanelli Junior who plans and executes his revenge.

Ashraf Al-Ashmawi is a judge and jurist who found his passion in fiction. His novels include The Time and the Hyenas, Informant and Toya (long list for the Arab Booker in 2013), The Barman, An Only Ticket to Cairo, The Lady of Zamalek and The Copt’s House.

* A print version of this article appears in the September 9, 2021 edition of Al-Ahram Weekly.