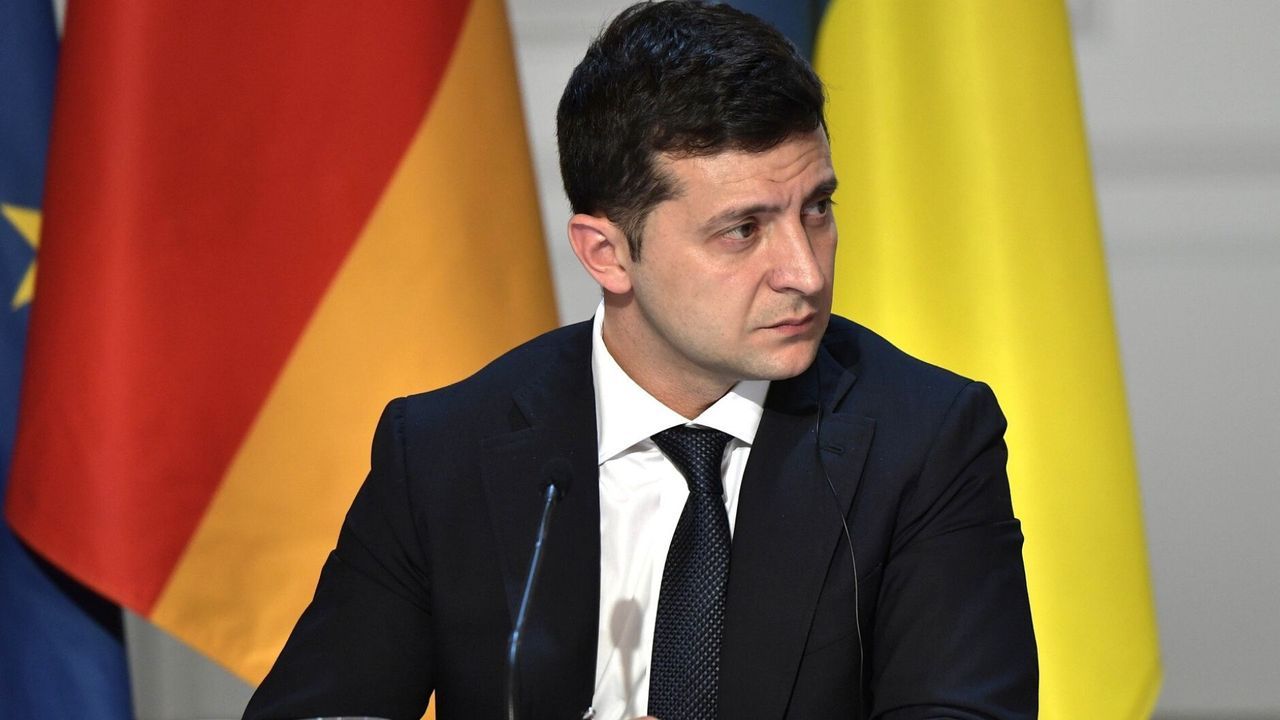 On Wednesday, US President Joe Biden granted Ukrainian President Volodymyr Zelensky a meeting for which the Kiev government had had to plead with Washington for more than a year. After the Stalinist dissolution of the Soviet Union in 1991, Ukraine became a central part of the NATO encirclement and preparations for US-led war against Russia. The United States played the main role in funding a far-right coup in Kiev in February 2014 that toppled the pro-Russian government of Viktor Yanukovych.

After the two-hour meeting between Zelensky and Biden, the White House issued a joint statement, confirming Washington’s support for Ukraine’s aggressive and provocative “Crimean Platform” and its military build-up against Russia in black Sea. The statement reiterated the lies of “continued Russian aggression” and pledged that Washington would maintain its “commitment to the sovereignty and territorial integrity of Ukraine”.

The â€œCrimean Platformâ€ was announced by Kiev in March and involves a provocative strategy for Ukraine to â€œtake backâ€ Crimea, presumably by military means. Crimea is a strategic Black Sea peninsula that was annexed by Russia in March 2014 following a US-backed coup in Kiev and a referendum on the peninsula. Main city of Crimea, Sevastopol is also the base of the Russian Black Sea Fleet. The highly provocative announcement of Ukraine’s strategy of “taking over” Crimea earlier this year sparked a major military crisis in the Black Sea region. The â€œCrimean Platformâ€ initiative held its first summit with representatives from all NATO countries on 23 August.

Biden also pledged an additional $ 60 million this year to deliver Javelin missiles to Ukraine, on top of the $ 400 million already granted this year. In contrast, the United States has so far provided just $ 55 million for just 2.2 million doses of vaccine to help Ukraine immunize its population of 40 million, and will provide 12.5 million additional dollars, a fraction of their support for the Ukrainian military.

The statement also insisted on the ongoing â€œreformsâ€ of the Ukrainian economy, which involve large-scale privatizations, as well as wide-ranging cooperation between Ukrainian and American intelligence services.

While the joint statement said the United States continued to “oppose” the Russian-German Nord Stream 2 pipeline, there was no indication that Washington would take steps to revise its recent deal with Berlin, which effectively allows for completion. pipeline and come into service. The pipeline is expected to cost the Ukrainian economy billions of dollars every year due to lost revenue from transit charges. The joint statement and Biden also made very vague statements of support for Ukraine’s “European and Euro-Atlantic aspirations”, that is, its repeated and insistent demands for accelerated access to NATO. .

Zelensky later said he invited Biden to Ukraine, but the US president said he “would come when he could, he’s a very busy man.” The Ukrainian president then traveled to California to meet with Apple officials and speak at Stanford University.

Prior to the meeting with Biden, Zelensky and his delegation had met with US Secretary of Defense Lloyd Austin. Austin and Ukrainian Defense Minister Andrei Taran signed a new strategic defense framework agreement. Although details have not been revealed, the deal reportedly focuses on deepening military cooperation in the Black Sea, reforms of Ukraine’s defense industrial sector, as well as cybersecurity and intelligence.

The Russian press warned that the new agreements would be directed against Russia’s strategic nuclear forces. Most of Russia’s nuclear arsenal dates back to the Soviet period, when the Ukrainian Soviet Republic was the major manufacturer of weapons, including nuclear weapons. The closer cooperation between the American and Ukrainian secret services, the Nezavisimaya Gazeta wrote, could lead Ukraine to provide intelligence on Russia’s nuclear weapons to the Pentagon.

Zelensky’s visit to the United States was overshadowed by the staggering debacle that US imperialism has just suffered in Afghanistan. Ukraine, which supported NATO’s criminal war, was unable to evacuate dozens of its citizens in time before the withdrawal was completed.

The rapid shift of attention of US imperialism out of Afghanistan and the unceremonious abandonment of the Biden administration’s support for its Afghan cronies sent shockwaves through the Ukrainian oligarchy. Torn by conflict and widely hated by the desperately impoverished workforce, it relies heavily on funding and political support from Washington.

Before the February 2014 coup, which toppled the pro-Russian government of Viktor Yanukovych, the United States injected some $ 5 billion to support the “opposition”, including various fascist formations like the Azov Battalion. . Since then billions more have been given to the Kiev government, including $ 2.5 billion for the Ukrainian military, which fights pro-Russian separatists in eastern Ukraine. The civil war has claimed more than 15,000 lives and displaced millions of people, with no end to the conflict in sight.

Zelensky adviser Andrew Mac told the New York Times ahead of the Zelensky-Biden meeting, “The situation in Afghanistan seems to indicate a realignment of US global commitments, and President Zelensky wants to hear from President Biden where Ukraine fits.” To show how worried Kiev is, Tymofiy Mylovanov, adviser to Zelensky’s chief of staff, told the newspaper: â€œWe are very different from Afghanistan, and we want to stress that. We are an independent country, not a failed state, and our military has succeeded in resisting the Russians, not the Taliban. “

Nikolai Patrushev, Secretary of the Russian Security Council, commented mockingly: â€œHas Afghanistan’s status as the main US ally outside NATO saved the country? pro-American regime ousted from Kabul? A similar situation awaits those who bet on America in Ukraine. He predicted that Ukraine “will disintegrate and the White House at some point will not even remember its supporters in Kiev.”

Fears in Kiev that Washington would drop or reduce its support were fueled earlier this year by the summit between US President Joe Biden and Russian President Vladimir Putin. The summit was part of the Biden administration’s efforts to ease tensions with Russia somewhat, while shifting U.S. foreign policy more directly toward preparations for war against China.

A few weeks later, Berlin and Washington announced an agreement on the Russian-German Nord Stream 2 pipeline. The agreement was reached without consultation with the Ukrainian government, and Zelensky’s invitation to Washington was extended once the agreement announced. The Biden administration also refused to commit to speeding up Ukraine’s NATO membership, a central and declared goal of the 2014 coup.

Changes in US foreign policy fueled bitter conflicts within the Ukrainian ruling class and sparked far-right forces against President Zelensky. Since taking office, Zelensky has faced multiple violent protests from the far right, which has opposed any effort to negotiate a settlement with Russia over eastern Ukraine, as well as attempts de Zelensky to work more closely with Berlin. In one of the most recent attacks in mid-August, right-wing thugs protested outside his office, demanding that he work more closely with the United States and not “surrender” to the United States. Russia in negotiations on the conflict in eastern Ukraine. . Very unusually this summer, Zelensky, who is the commander-in-chief of the Ukrainian armed forces, was temporarily banned from going to the civil war front.

Norway asks for help: – The last time a war broke out