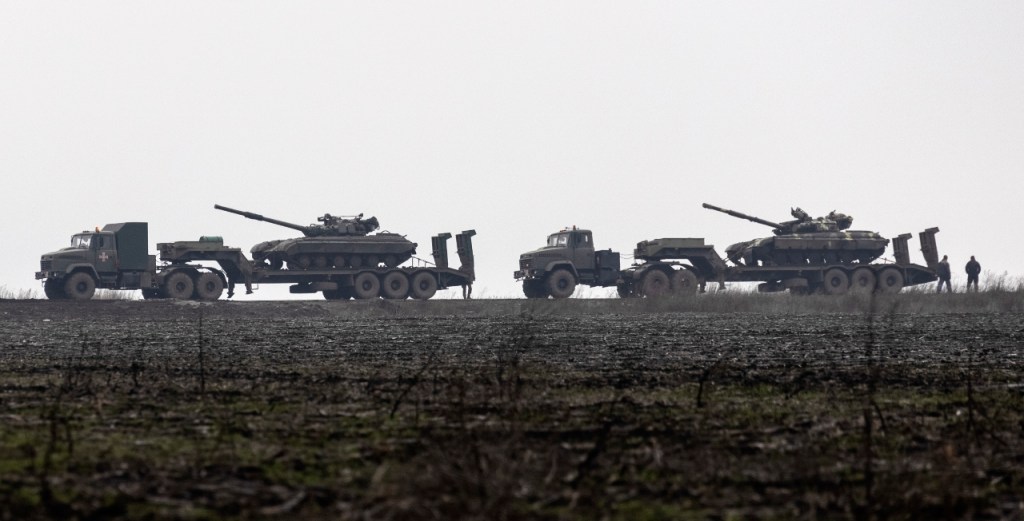 Biden should institute sanctions on Russia as soon as possible

Vladimir Putin believes the Soviet Union was a great, wonderful, unmatched world power, the Roman Empire in a modern setting, a historic miracle created by the cultural and ethnic superiority of Russia with many nuclear weapons, to boot. And he wants it back, starting with the Ukrainian nation, which he says is populated by Russian residents themselves in many ways. He has Soviet tactics in mind. Attack this country. Make it part of the whole again.

President Joe Biden, more than a little upset with this other president and his tens of thousands of troops on the Ukrainian border, has said no, no, several times no and recently threatened sanctions during a transatlantic video session with Putin. Biden falls short, but understands that Ukraine is now a growing democracy and wants to go its own way when it was once the most important part of Russia. Ukraine is already fighting Russian-backed rebels, and Biden understands that Hungary, Poland and the Baltic states could be the next contenders for takeovers. The threat is also to Europe, just as Putin sees a threat to the new Soviet Union if he does not rule out NATO and Europe by ensuring that certain border nations belong to him.

Yes, it is true that Russia is declining in population and wealth, with the sale of gas and oil being pretty much a definition of its limited economy. What it lacks in money, however, it makes up for with nuclear weaponry, enough to possibly detonate half the universe, and the development of hypersonic missiles that the United States does not have. Putin himself also possesses an ambition overload in wanting to restore what Soviet leader Mikhail Gorbachev and President Ronald Reagan helped dismantle, a monster fomenting war and implanting oppression around the world while threatening the States – United by means such as nuclear missiles in Cuba.

And, therefore, Biden said listen, Putin, if you go ahead with your plans, the United States is going to prevent Russia from facing the financial imperatives by telling the international banks to go. Biden also said he would not let any gas and oil flow through the newly constructed Nord Stream 2 pipeline to Germany if an invasion took place. A spokesperson said major European nations agreed with Biden over economic sanctions as well as his supply of defensive weapons to Ukraine. Biden agreed with Putin on the absence of offensive weapons.

Will all of this work? Given Biden’s track record of saving, abandoning, neglecting, and disappearing from the action, probably not. To avoid threats from climate change, Biden had previously threatened companies building the pipeline with sanctions, but changed his mind out of courtesy to Germany even as he shut down a major US pipeline. Afghanistan is the greatest example of his reckless flight from the scene; desperate Americans have been left behind with billions of American weapons after the murder of American troops.

Putin has not been dissuaded much by President Barack Obama’s sanctions after Russia facilitated Crimea’s separation from Ukraine, and Russia can, to some extent, rely more on it. China and other parts of Asia if Europe gets tough. As others have suggested, a much better way to proceed would be to institute all of the mentioned sanctions and much more now, this minute, punishment for Russian troops threatening the nation that would leave when the troops left.

Jay Ambrose is a union columnist.

ArcelorMittal confirms the freezing of its accounts in Ukraine