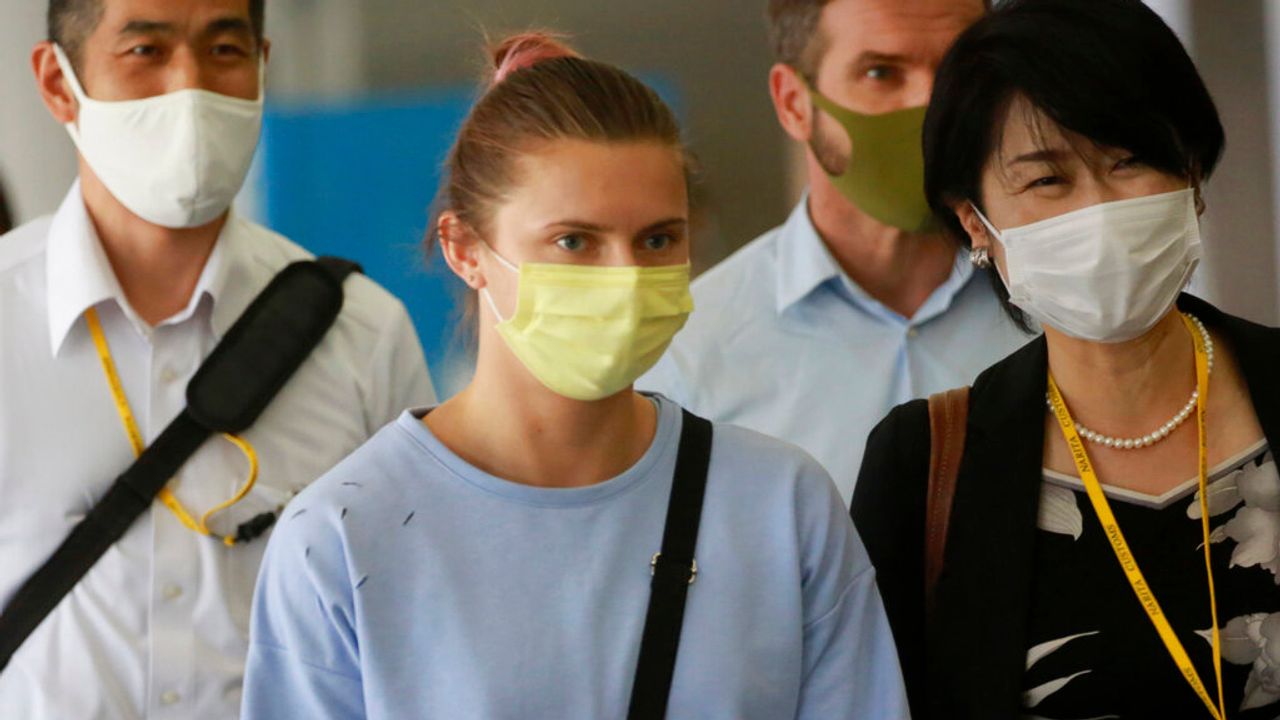 Belarusian athlete flees to Poland, as opposition activist is found hanged in Kiev

Belarusian athlete Kristina Timonovskaya, who represented the country at the Tokyo Olympics in 2021, has defected to Poland after the Belarusian government sought to force her back to the country. Shortly after the incident, Vitaly Shishov, a Belarusian activist with ties to the Ukrainian far right, was found hanged in Kiev.

Both cases grabbed international headlines, as the bourgeois press continues to rally support for pro-Western opposition to Alexander Lukashenko’s regime, which brutally cracked down on strikes and mass protests last fall. .

Timonovskaya, a 24-year-old sprinter, was scheduled to compete in the Olympics in a 200-meter race. However, her coaches apparently put her in the 4 Ã— 400 meter relay against her will. Following a post from Timonovskaya on her Instagram account in which she criticized the Belarusian Olympic Committee for forcing her to participate in a race she had never trained for, Belarusian state television launched a massive campaign against it. The Belarusian Olympic Committee is headed by Viktor Lukashenko, the president’s son. Both had previously been banned from attending the games.

Timonovskaya’s family reportedly warned her not to return to Belarus as she risked being arrested or forcibly detained in a psychiatric clinic. When two officials, including one from the National Olympic Committee and a team doctor, escorted her to the airport, she refused to board the plane and sought refuge with the Tokyo police. She applied for asylum in Poland, which was granted quickly, while her husband fled Belarus for Ukraine. On Wednesday, she took a flight to Vienna.

Unlike more than 1,000 other Belarusian athletes, who signed an open letter against the Lukashenko regime following the outbreak of mass protests and strikes last August, Timonovskaya reportedly did not openly support the mass protest movement. . Her husband told the media that they had never had any ties to the opposition and had never been involved in politics. Hundreds of athletes who supported last year’s protests have been jailed in Belarus, some have reportedly been tortured, and many have reportedly been barred from participating in the Olympics and other major sporting events.

In an interview with CNN on Tuesday, Timonovskaya reiterated that she did not want to make any statement about Lukashenko. She said: â€œThey took away my dream of playing in the Olympics. They took that chance away from me. She added: â€œWe have to have freedom of speech and people have to express their opinion. “

The gangster’s attempt to force Timonovskaya back to Belarus following seemingly minor criticism from the Belarusian Olympic Committee comes about two months after the Lukashenko regime hijacked a plane to arrest Roman Protasevich, a prominent opposition journalist from right. Both incidents are part of a massive government crackdown on all expressions of political and social opposition. The fundamental target of these attacks is the working class, whose strikes last fall almost crippled the Belarusian economy.

The Lukashenko regime, which regularly glorifies the crimes of Stalinism, has now practically abolished the right to strike. Workers, thousands of whom took part in strikes last fall, now face immediate sacking if they are arrested for political protests or for encouraging others to join a strike. The expression of political demands during a strike has been totally banned.

Even as the incident around Timonovskaya was still evolving, exiled Belarusian opposition activist Vitaly Shishov was found hanged in a local park on Tuesday. Ukrainian police are investigating his death for suicide and potential murder disguised as suicide. Ukrainian President Volodymyr Zelensky took the matter under his personal control. Bellingcat, a NATO-affiliated media touting itself as an “investigative” site, said it would “devote all its resources” to investigating Shishov’s case. The site has recently been heavily involved in the imperialist-backed campaign against right-wing Russian opponent Alexei Navalny.

Shishov was the head of the Belarusian House in Kiev which helps other Belarusian refugees and lobbied the Ukrainian parliament for more sanctions against Belarus. He had fled Belarus for Ukraine in the fall of 2020 amid mass protests to avoid being arrested. The pro-Western Belarusian opposition suggested the Lukashenko regime was behind Shishov’s death, pointing out that the Belarusian secret service, still referred to as the KGB, was increasingly active in Ukraine amid the massive Belarusian diaspora. Chichov himself believed he was being watched and allegedly received threats.

News reports also suggest, however, that Shishov maintained ties to Ukraine’s violent neo-Nazi scene, which itself has strong support from the Ukrainian state and US imperialism. Shishov co-founded the Belarusian House in Kiev with Radio Batulin, a Latvian neofascist, who was involved in a far-right attack on former President Petro Poroshenko in 2019. Moreover, according to the radio Svoboda Belarus, funded by the United States, the house is linked to neo-Nazi Sergei Korotkikh. Korotkikh has been a prominent neo-Nazi for decades, including in Russia and Belarus. In Ukraine, he was first an instructor and later intelligence commander for the neofascist Azov battalion, which played a key role in the 2014 US-backed coup in Ukraine that toppled the pro-Russian government. by Viktor Yanukovych.

Korotkikh was personally presented with a Ukrainian passport by Ukrainian President Petro Poroshenko for his service in the Azov Battalion and the 2014 coup. Since then he has been accused on several occasions of murder, including in the cases of Yaroslav Babich, an ideologue of the Azov Battalion, found hanged in July 2015, and opposition journalist Pavel Sheremet, murdered in a car bomb in 2016. Between 2015 and 2017, Korotkikh headed the Police Department for Security strategic objects, under the Department of State Security Service of the Ministry of Interior of Ukraine. He also reported links to Arsen Avakov, who has just resigned as interior minister.

Similar ties between US-backed and state-funded Ukrainian neo-Nazis and pro-Western Belarusian opposition also appeared in the figure of arrested journalist Roman Protasevich. Protasevich at least accompanied the Azov Battalion in its fight against pro-Russian separatists in eastern Ukraine in 2014.

Whatever the immediate context of Chichov’s death, these ties to Ukrainian neo-Nazis blatantly expose the reactionary character of the pro-Western Belarusian opposition. Far from representing the interests of the working class and fighting for democratic rights, he speaks on behalf of sections of the bourgeoisie and the middle class which are fiercely nationalist and seek a closer alliance with Western imperialism.

The most prominent opposition figure Svetlana Tikhanovskaya, who claimed victory in last year’s presidential election over Lukashenko, just completed a tour of Washington where she met US President Joe Biden and said: â€œWith Biden’s help, we’ll win. She made no reference to the raging pandemic or attacks on the right to strike by the Lukashenko regime.

Whatever the infighting between different sections of the ruling class in Belarus, the two factions are united in their hostility to the working class. They both emerged from the restoration of capitalism by the Stalinist bureaucracy and the destruction of the Soviet Union in 1991. In their fight to end the pandemic and defend their democratic and social rights, workers must rely on a socialist program. , and maintain complete independence from both the imperialist-backed opposition and the Lukashenko regime.

What we are observing: Rape problem in India, Iranian antics at sea, Guatemala has another anti-corruption prosecutor