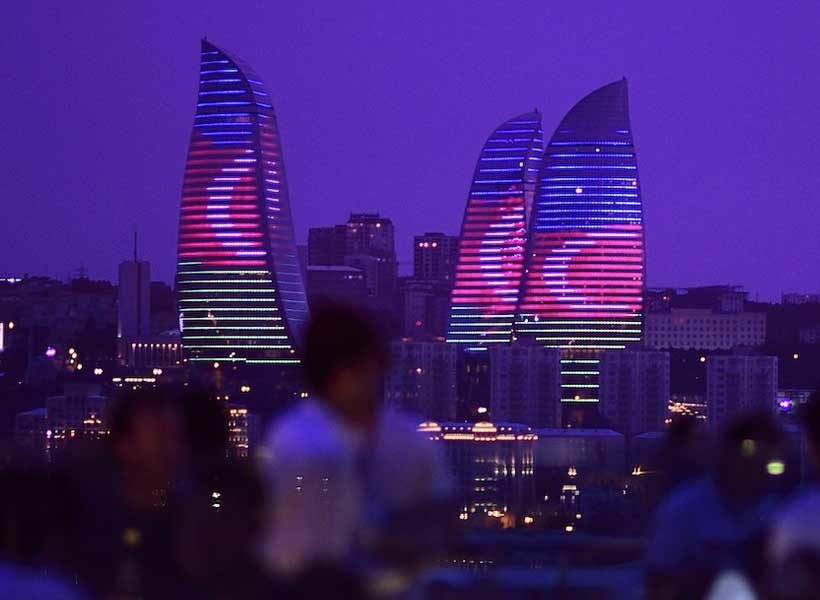 Back to normal: the evolution of Azerbaijan’s foreign policy

The last years of Azerbaijan’s foreign policy have been quite eventful. Its relations with the big three, Iran, Turkey and Russia, have been transformed by changing many aspects of Baku’s position in the South Caucasus.

It has long been argued that the second Nagorno-Karabakh war could end Azerbaijan’s multi-vector foreign policy. The signs were there. The Choucha Declaration signed with Turkey cemented a formal alliance between the two states. The Russian military presence in Nagorno-Karabakh has sparked grievances and fears in Baku over Moscow’s intentions to extend its stay beyond 2025, when the peacekeeping mission’s first term ends. Moreover, Baku has often alluded to the suspicious behavior of Russian blue helmets in Nagorno-Karabakh or even to the reluctance to play a role of stabilizing power. Russian troops have also occasionally accused Azerbaijani troops of violating the status quo, which has generally caused negative feelings in Baku.

To the south, Azerbaijan came under pressure from Iran when the Islamic Republic staged massive military exercises near Azerbaijan’s borders. Because the real reason was most likely Ankara’s growing influence in the South Caucasus, Tehran pushed the narrative of alleged Israeli and Western influence north of its borders. The end result of the diplomatic and military escalation with Tehran has been Baku’s realization of the need for ever greater cooperation with Ankara.

These developments, it was thought, would cause a major shift in Baku’s thinking – greater dependence on Turkey which, in turn, would cause tensions with Moscow and Tehran. For many, the end of a multi-pronged foreign policy that Azerbaijan has worked so diligently to develop seemed imminent.

This is why Baku’s agreement with Moscow in February 2022, which coincided with the Kremlin’s decision to recognize two Ukrainian entities from Donbass, surprised many. The document aims to establish intensive cooperation in virtually all aspects of bilateral relations. But what is more interesting are the clauses on the coordination of foreign policy. Both countries have agreed to avoid taking foreign policy measures that would endanger the interests of the other.

The new agreement underlined the transactional nature of Azerbaijani-Russian relations. Officially, the countries have not been allies or even partners, but neither have they been geopolitical competitors. This added flexibility to bilateral relations, which helped stabilize ties when they seemed to be deteriorating.

But perhaps one of the main reasons behind the deal could have been the growing need in Azerbaijan to reassure Russia that ever-closer ties with Turkey are not necessarily directed against Moscow’s influence. . It also partly assuages ​​Moscow’s fears that in 2025 Baku may demand the withdrawal of peacekeepers from Nagorno-Karabakh.

The deal could go some way to mitigating any dangers Russia might pose, though it’s also well understood in Baku that Moscow is known for passing the rules of international relations and signing deals.

At a broader Eurasia-wide geopolitical level, Baku’s thinking was also based on hard facts from recent years. Before the Russian aggression against Ukraine in February, Moscow seemed powerful. The Western collective was trying to find avenues of cooperation with Russia, whether in the field of energy or security. The divisions within the transatlantic community, although less palpable than under the presidency of Trump, have nevertheless diluted the salience of this military and economic space. No real resistance to Russian moves in its immediate vicinity seemed realistic. This sentiment was also well reflected in the way the West distanced itself from the developments that led to the 2020 Nagorno-Karabakh war and particularly during the post-war period when Turkey (indirectly) and Russia dominated the diplomatic process.

Thus, a mixture of necessity and inevitability pushed Azerbaijan to cooperate more closely with Russia. Increasingly dependent on military tools to keep the South Caucasus under its influence, Moscow needed an agreement that would add a touch of diplomacy, soft power and above all prestige that it lacked. The deal is a success for Russia because it could help Moscow lay the foundations for a post-2025 peacekeeping presence in Nagorno-Karabakh.

The signed agreement, however, does not mean that in the long term the relations between Azerbaijan and Russia will be stable. The tensions will be there because it is deeply uncomfortable for Baku to have Russian troops in Nagorno-Karabakh. The line of contact is the area where mutual accusations and even limited military escalation could take place.

On a broader level, the main reason is that Russia is suspected of not being interested in pushing for real and lasting peace in the South Caucasus. The rail revival project defended by Moscow following the November 2020 ceasefire agreement is not making sufficient progress. The talks between Armenia and Azerbaijan are also not producing the expected results. Reflecting the stalemate in negotiations over connectivity, Azerbaijan and Iran recently signed an agreement that essentially expands transit through Iranian territory between Nakhchivan and Azerbaijan proper.

Moreover, despite the February agreement, Russia will remain highly sensitive to Baku’s allied relationship with Ankara. This will make Russian-Turkish competition more intense, although still covered by seemingly diplomatic coordination as two major powers in the region. The Kremlin understands that Shusha’s declaration is more concrete in its essence than the February agreement.

Russia has a few options to counter the salience of the Azerbaijan-Turkey alliance. And it’s not just about allied relations between Armenia and Russia, but increasingly about potential cooperation between Iran and Russia, as both fear Ankara’s influence in the Caucasus. South.

Thus, Azerbaijan has now returned to a kind of normalcy in its foreign policy. Multi-vectorism remains an effective tool, even if the inclination towards closer ties with Turkey is more marked than before. Ties with Russia will remain close, but it will be increasingly difficult to navigate amid signs (as early as they are for now) that trust between the two states could be eroding.