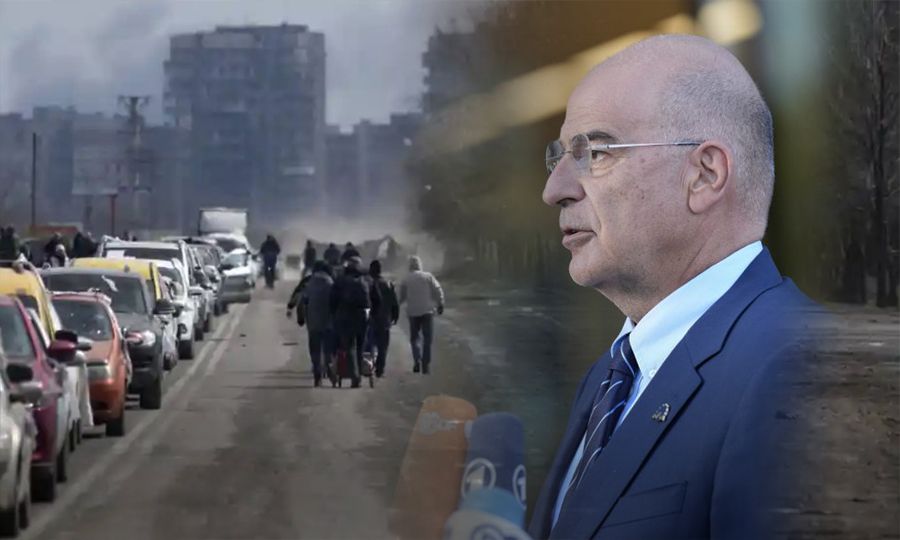 Athens’ top diplomat has said he wants to personally lead a humanitarian mission to Mariupol following a private debriefing he had with the Greek consul general in the besieged Ukrainian city.

Greek Foreign Minister Nikos Dendias said on Tuesday that Athens would continue to have a presence in the Mariupol region,” describing it as an area “where Greeks settled centuries ago.”

Dendias had previously met the Greek Consul of Mariupol, Manolis Androulakis, who had just returned from the besieged city with news that many ethnic Greeks in the city were still suffering.

Androulakis had remained behind during the shelling and power outages while unarmed civilians, including ethnic Greeks, managed to evacuate Mariupol, but there were conflicting reports as to whether he had also been held up. held hostage by Ukrainian nationalists.

The Greek consul dismissed hostage rumors in a video chat after leaving Mariupol while still traveling through Ukraine, but after returning to Greece he called on the media to respect his family and his privacy, saying that he wanted to talk but not before debriefing the government. officials in Athens.

“Dear friends of the media, thank you for your interest. But there is no question that I speak to a network before updating the political and administrative direction within the Ministry of Foreign Affairs,” Androulakis wrote on Facebook after his return.

After a meeting between Androulakis and Dendias, the foreign minister took to Twitter to say he was warning the Ukrainian and Russian sides and informing them of his intention to provide humanitarian aid to Mariupol in person.

At least ten ethnic Greeks have been killed and several injured in Mariupol, before and after Russia launched an attack on the port city.

Two Greeks north of Mariupol were allegedly shot dead by Ukrainian soldiers before the Russian invasion in late February, prompting Greek MEP Emmanouil Fragkos to ask the Commission to open an investigation.

More than 150 Greek citizens, ship’s crew and ethnic Greeks were evacuated from the area, according to the Greek government, while there was conflicting reports on which side attacked civilians during evacuations.

Last week, the Cypriot Ministry of Foreign Affairs officially called for an immediate end to the siege from Mariupol, Nicosia saying they were anxiously awaiting civilians, including members of the Greek diaspora, to be evacuated from the Ukrainian war zone.

Androulakis said he was looking for more people to bring with him until the very end, saying he managed to find women and children.

“I brought them. Could I have brought more? Under different circumstances, yes,” he said.

Athens recently pointed the finger at Moscow over the deaths of Greek civilians in Mariupol, saying it had information that the deaths were the result of Russian airstrikes.

But Moscow says it has evidence that elements of the Ukrainian army and neo-Nazi battalions were behind the attacks, arguing that nationalists have been known for many years to strike even with heavy weapons on civilians.

Timeline: A month of Russian war in Ukraine | Russo-Ukrainian War