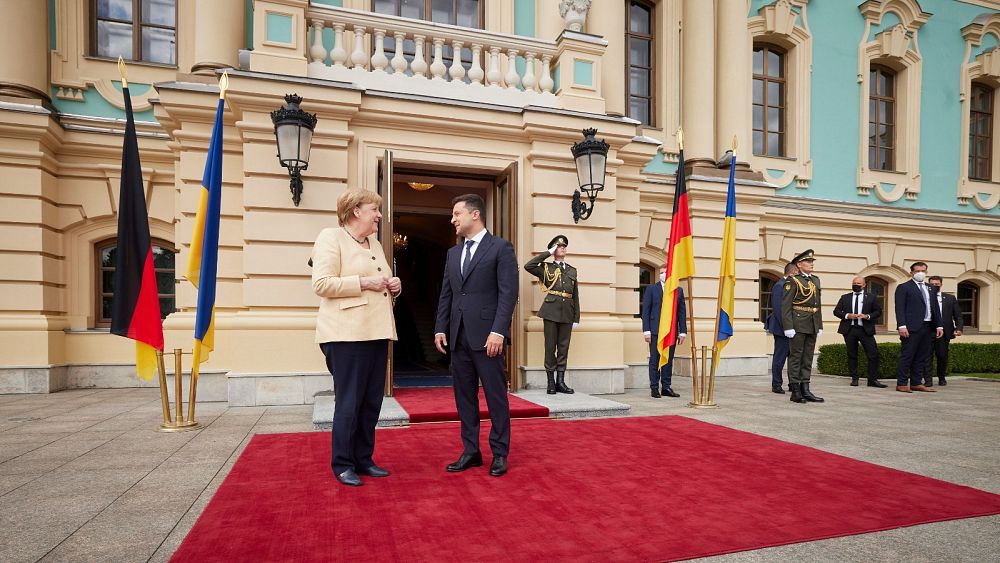 German Chancellor Angela Merkel called for continued peace talks on the situation in eastern Ukraine during her “farewell visit” to Kiev ahead of the German elections in September.

â€œI would argue for another meeting at the presidential level or at the political leadership level with myself, the French president and the Russian and Ukrainian presidents. That, in my opinion, would bring us progress, if we can craft a good agenda – our advisers should do that, “Merkel said.

Merkel was instrumental in the ceasefire agreement negotiated in Minsk in 2015 between Russia and Ukraine, but the last talks on the situation took place in 2019.

Fighting between Ukrainian forces and Russian-backed rebels has claimed more than 14,000 lives since 2014.

He said Kiev was seeking a permanent ceasefire in eastern Ukraine, an exchange of prisoners, open crossings on the contact line and to ensure Red Cross access to the area of conflict.

â€œAs long as there is no progress, the pressure on Russia must continue. We want to see active efforts from our Western partners, â€Zelenskyy said.

Merkel noted that some of the goals named by Zelenskyy, such as “opening new crossings on the contact line or other humanitarian issues, have not yet been implemented, and this significantly burdens the process.”

“However, it has to be said over and over again: that at the moment we don’t have any other format in which we can discuss these things, and therefore the work has to be continued here,” Merkel said.

Merkel’s visit to Kiev came 48 hours after meeting Russian President Vladimir Putin and a day before the Crimean Platform, a summit hosted by Ukraine to discuss the situation in Crimea.

But neither Merkel nor Foreign Minister Heiko Maas will be able to attend the summit.

The couple also discussed issues with the Nord Stream 2 pipeline that will bypass Ukraine as a transit country. It will allow more Russian gas exports to reach Europe and is nearing completion.

“We agree with the Americans that gas should not be used as a geopolitical weapon, and this will be reflected in whether there will be an extension of this amount from the transit contract to across Ukraine, and the sooner it happens, the better, “Merkel said.

Ukraine opposes the project and Zelenskyy on Sunday called it Russia’s geopolitical “weapon”.

“I think it is a weapon and it is not correct not to see it as a weapon,” he said. “The launch will entail great risks and will play Russia’s game.”

The United States decided not to impose sanctions on the pipeline in May and reached an agreement with Germany on the matter in July.

Merkel said on Sunday that if the pipeline was used as a weapon against Ukraine, they might consider sanctions against Russia.