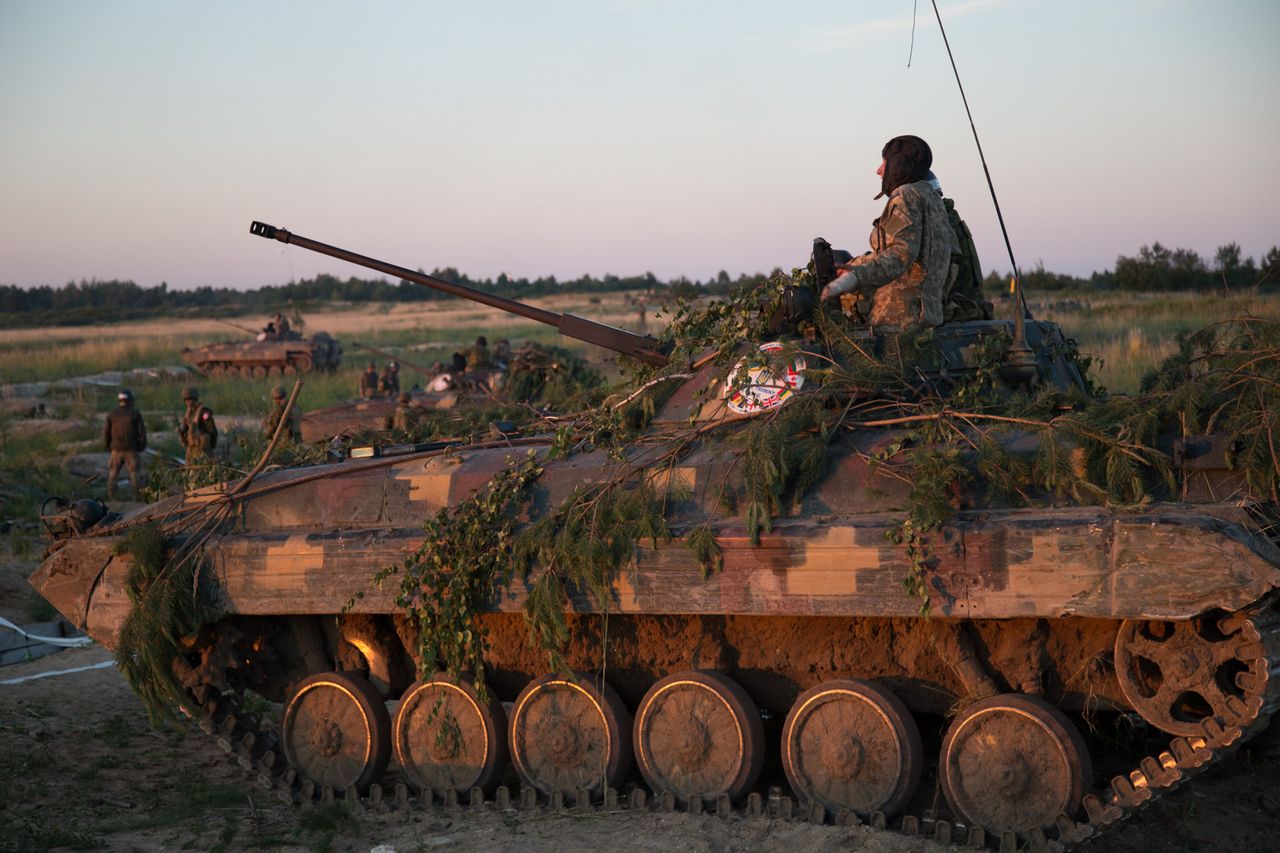 After the Russian debacle in Ukraine, the United States escalates its conflict with Russia and China

Following the collapse of Moscow’s northern front during Russia’s invasion of Ukraine six months ago, the United States responded by further intensifying its involvement in the war against Russia in Ukraine and the preparations for war with China over Taiwan.

Within a week, Ukrainian forces had advanced tens of kilometers, capturing huge quantities of Russian weapons and ammunition, as well as, according to Ukrainian officials, thousands of Russian soldiers.

On Thursday, the Biden administration announced an additional $600 million in arms to Ukraine, adding to the more than $50 billion in arms and other aid that has been allocated to date.

The new arms shipment, the 21st of its kind since the start of the war, includes ammunition for the HIMARS missile system, 36,000 rounds of 105mm artillery, counter-battery radar and a thousand rounds of rounds 155 mm precision-guided artillery.

This is in addition to the tens of thousands of anti-tank missiles, hundreds of drones, 15 HIMARS missile launchers and hundreds of vehicles, as well as the United States’ most advanced anti-ship and anti-aircraft missiles, which have been delivered to this day.

US senators have called for providing even more weapons to Ukraine, with US Senate Minority Leader Mitch McConnell demanding that the White House provide Ukraine with the long-range ATACMS missile capable of striking deep at inside Russian territory.

“The Ukrainians need more weapons than what we are giving them. They need to start getting them faster and they need new capabilities like long-range ATACMS missiles, big drones and tanks,” McConnell said.

Senator Marco Rubio added: “I think some would say longer-range missiles could aim deep inside Russia and trigger a wider conflict. I’m not sure I’m so troubled by that.

These requests to expand the range of weapons delivered to Ukraine were accompanied by the most explicit statement yet of US objectives in the conflict.

“The momentum has really swung in Ukraine’s favor and they’re literally pulling the strings,” said Ben Hodges, former commander of US Army Europe.

He added that “we may be witnessing the beginning of the collapse of the Russian Federation, adding: “It’s a population that, on the whole, is not really let’s say ethnic Russian, I mean that there are 120 different ethnic groups there…

“I think people from Tuva, Siberia, Chechnya and others…might see the opportunity…to split up then…uh, I think we…collectively, the West has to be…consider…what are the implications for that?”

Hodges’ statement expanded on his statement in April, following Russia’s withdrawal from kyiv and allegations of Russian atrocities in Bucha, that the US goal is to “break the back of the ability to Russia to project its power outside of Russia”.

As in April, the further escalation of US involvement in the war is accompanied by allegations that Russia has systematically murdered civilians, this time in the outskirts of Izum.

These military maneuvers were accompanied by an escalation of the economic war between the United States and NATO. On Friday, the German government took control of three refineries belonging to the Russian oil company Rosneft. “This is a far-reaching energy policy decision to protect our country,” German Chancellor Olaf Scholz said.

Along with the escalation of the war with Russia, the United States escalated its conflict with China following Russia’s collapse.

On Wednesday, the Senate Foreign Relations Committee voted to advance the Taiwan Policy Act, a bill that would send $6.5 billion in weapons to Taiwan and effectively end the US one-China policy.

The bill states that “Taiwan will be treated as if designated as a major non-NATO ally,” effectively implementing a military treaty with Taiwan, erasing the official US position that it does not have no diplomatic ties with Taiwan.

Importantly, it replaces the provisions that weapons supplied to Taiwan are to be used “defensively” with the statement that the United States will supply “weapons conducive to the deterrence of acts of aggression by the People’s Liberation Army.” raising the possibility that these weapons could be used. in a “pre-emptive” conflict.

As the United States intensified its involvement in the war against Russia and its conflict with China, Russian President Vladimir Putin and Chinese President Xi Jinping held their first face-to-face meeting since the start of the war at the summit of the Shanghai Cooperation Organization. The crisis triggered by Russia’s military debacle was at the rendezvous.

“We highly appreciate the balanced position of our Chinese friends in the context of the Ukrainian crisis,” Putin said at the start of the meeting. “We understand your questions and concerns in this regard.”

Similar tensions surfaced during Putin’s talk with Indian President Narendra Modi. “I know today’s era is not an era of war, and I told you about it on the phone,” Modi told Putin. “I know your position on the conflict in Ukraine, the concerns you constantly express,” Putin said. “We will do everything to stop this as soon as possible.”

Despite the crisis triggered by the Russian military debacle, Russia and China are objectively brought closer by the escalating US war campaign.

In a statement to FinancialTimesAlexander Gabuev, senior fellow at the Carnegie Endowment for International Peace, said: “If Putin is so obsessed with Ukraine, what can he do? [Xi] realistically? Gabuev said… “the departure of the Putin regime and the unlikely prospect of a pro-Western government in Russia is a terrible nightmare for China.”

Emboldened by the Russian debacle in northern Ukraine, the United States is only intensifying its preparations for a global military conflict that threatens all of humanity.

Diia – Ukraine is setting up a leading digital government in the midst of a war. What’s our excuse?