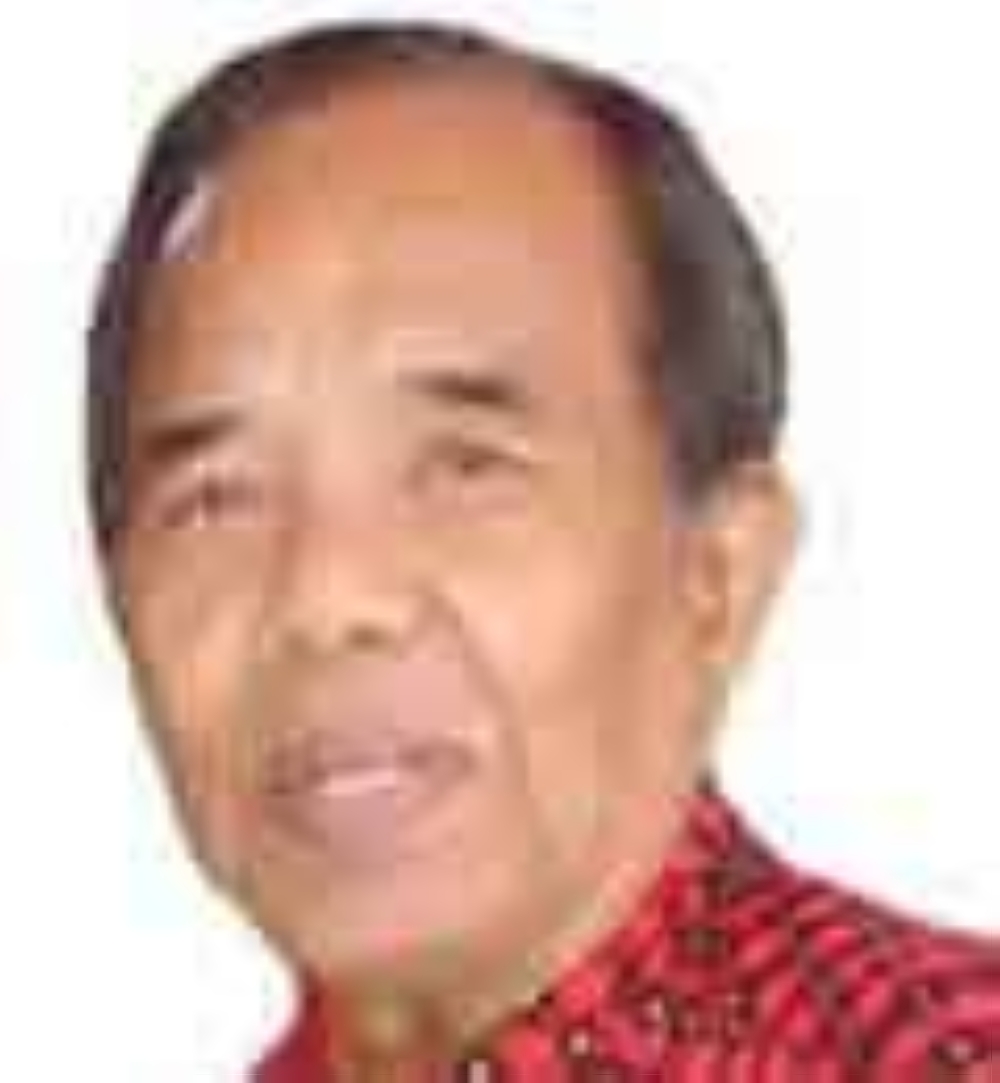 PANDESAL forum moderator Wilson Lee Flores texts me: “Gud pm. Hi, China’s top journalist will be interviewing you this Thursday noon to noon at the Kamuning Bakery Café. Topics on the Ukraine crisis and its impact on the Asia…” The subject was dear to my heart, as evidenced by my two columns from last week: “Pushed against the wall, did Putin have any other choice? So while I limited my attendance at the regular event, being picky about what to discuss, I thought Wilson’s invitation was worth attending.

Turns out the main course of the day was a breakdown of election campaign pleas from some leftists I wouldn’t touch with a 10ft pole again – the Gabriela party slate, for example, having been exposed by the Group of national work to end Local Communist Armed Conflict (NTF-Elcac) Vice President Hermogenes Esperon Jr. as a legal front organization of the Communist Party of the Philippines-New People’s Army funded from abroad and therefore a no-no for that the Electoral Commission (Comelec) was accredited as a candidate but, for some rather dubious reason, had nevertheless been qualified for the election. Thus, the accreditation of Gabriela on the party list can only explain what people generally perceive as great corruption within Comelec. For this reason, I have this personal crusade underway to abolish Comelec, since I do so, no good elected official can come out of an electoral process that is bad.

Anyway, I did not come to the forum for this agenda, but to share the discussion on the Ukrainian crisis with Chinese journalists and members of a newly formed think tank, Philippine Asian Century Strategic Studies Inc. (Phil-Acssi), Herman Tiu Laurel, Anna Malindog-Uy and Ado Paglinawan.

Much of what reaches the country about the war in Ukraine comes from the Western media and therefore must advance the concerns of Western powers. There is nothing wrong with that. Charity begins at home, as they say. What’s wrong is when we take the hook, line and sinker of Western media, so to speak. In this case, we behave as one with the West, which we are not.

As I pointed out in my last two columns, the war in Ukraine is not a war between Russia and Ukraine, but between Russia and the United States and the tandem of NATO, with the Ukraine only as a battlefield. It is the encirclement of the United States and NATO over the past two decades that has troubled Russia and Ukraine’s application for NATO membership must strike Russia as the only remaining move to its ultimate conquest by Western powers. What was there to do for Russia but strike or perish?

As various interviews show, Russian President Vladimir Putin did his best to avoid a confrontation with the United States and NATO. As early as 2020, he indeed offered to apply to join the alliance, but the offer was rejected. So from that moment he said, “If you can’t accept our covenant, don’t make enemies of us. The problem is that the United States and NATO surrounded Russia, gaining the alliance of neighboring countries, Romania, Poland, the Baltic States, until Ukraine offered to complete the maneuver of the Western pincers by asking for NATO membership. In addition to this maneuver, the United States unilaterally withdrew from the Intermediate Nuclear Force Treaty (INFT), which would allow it to deploy nuclear weapons anywhere in NATO countries; if Ukraine turns to NATO, the United States could position nuclear missiles capable of hitting Russia in 7-10 minutes, and in the case of hypersonic missiles, 5.

“We have made it very clear that NATO’s further eastward expansion is unacceptable,” Putin said in an interview. So, realizing that Ukraine’s membership would allow NATO to complete this expansion, what can Putin do but hit Ukraine first? This is a basic move in warfare.

Most analysts overlook this attitude of Putin as a necessary given in the Ukrainian crisis. All they see is a war waged by a powerful country against a weak country. They gobble up Western media histrionism by portraying Ukrainian civilians pitting bare physical guts against Russian armed troops and armored vehicles. First of all, where is the Ukrainian army in this regard? Why does he allow Ukrainian civilians to bear the brunt of the battles for them? And why does Ukrainian President Volodymyr Zelenskyy tolerate this act which smacks more of cinema than science of war. You are attacked by columns upon columns of Russian troops, why send civilians to fight them? Western media proliferates with, say, motherhood under attack. It’s part of the story. The other part, mostly untold, is that Ukrainian troops, fighting the attacking Russian forces, take up firing positions in the hospital. So what do you expect Russian soldiers to do, not retaliate even if they get shot? It’s the war. The first act of a country’s military is to ensure the safety of its civilians. Judging by Western media accounts, in Ukraine the first act of the army seems to be hiding behind civilians. And when civilians are affected, do you mourn war crimes?

President Putin had posed the question very clearly: “I am addressing the Ukrainian military. Do not let the neo-Nazis, these banderites (Ukrainian nationalists) use your children, your wives and your old people as human shields. It will then be easier for us to reconcile with you than with a band of drug addicts and neo-Nazis who have settled in Kiev (Kyiv) and have taken the entire Ukrainian people hostage.

One of the facts of the Ukrainian crisis is President Putin’s passionate determination to bring this war to, in his words, a “logical end”. Here is a man born and raised during the rise and fall of the once mighty Russian Empire. Now that he finds himself at the helm of this reborn empire and once again entrenched in a dominant position in the world order, he is not ready to once again give up his newfound glory. If Ukraine must be recaptured to safeguard that empire’s protection against the insatiable Western lust for world domination, then let war settle the matter.

How could Ukrainian President Volodymyr Zelensky live up to this magnificent Putin obsession? The best he seems able to do is hole up in his dungeon and endlessly complain about NATO’s inaction in the face of his desperate call for the imposition of a no-fly zone over of Ukraine to prevent Russian bombardment. Clearly, in pushing Ukraine to join, NATO had only been assessing Russia’s ultimate ability to repel its continuing aggression since the partition of the vast territory of the Soviet Union into 1991. With Russia responding resolutely now with what is effectively a war of self-defense, NATO realizes that it cannot afford a frontal confrontation and therefore must leave Ukraine to fight Russia alone.

In view of the facts, the United States and NATO are showing themselves to be faithful to their word not to engage Russia militarily in Ukraine. All the United States and NATO are prepared to do is impose economic sanctions which, in any event, infuriates Putin even more, retaliating with growing determination to take on Ukraine once for all. Zelenskyy’s oft-repeated statement to fight to the last Ukrainian is purely theatrical. He would do his best for his nation and his people by shedding his illusory cinematic pretensions and executing his only remaining honorable recourse, as did Emperor Hirohito who, in 1945, after America’s atomic bombing of Hiroshima and Nagasaki which razed the cities and killed some 200,000 Japanese and wounded many more, went on the radio announcing Japan’s final surrender in World War II:

“Furthermore, the enemy has begun to employ a new and most cruel bomb, the power of which to do damage is, indeed, incalculable, causing many innocent victims. If we continue to fight, it will only result not only an ultimate collapse and obliteration of the Japanese nation, but also that would lead to the total extinction of human civilization.”

The key for Zelenskyy to end the war is, in the previous quote, to substitute “Ukraine” for “Japanese nation”. Putin had made a sincere offer to settle the problems with the Ukrainian army. First of all, wasn’t Ukraine once part of Russia?