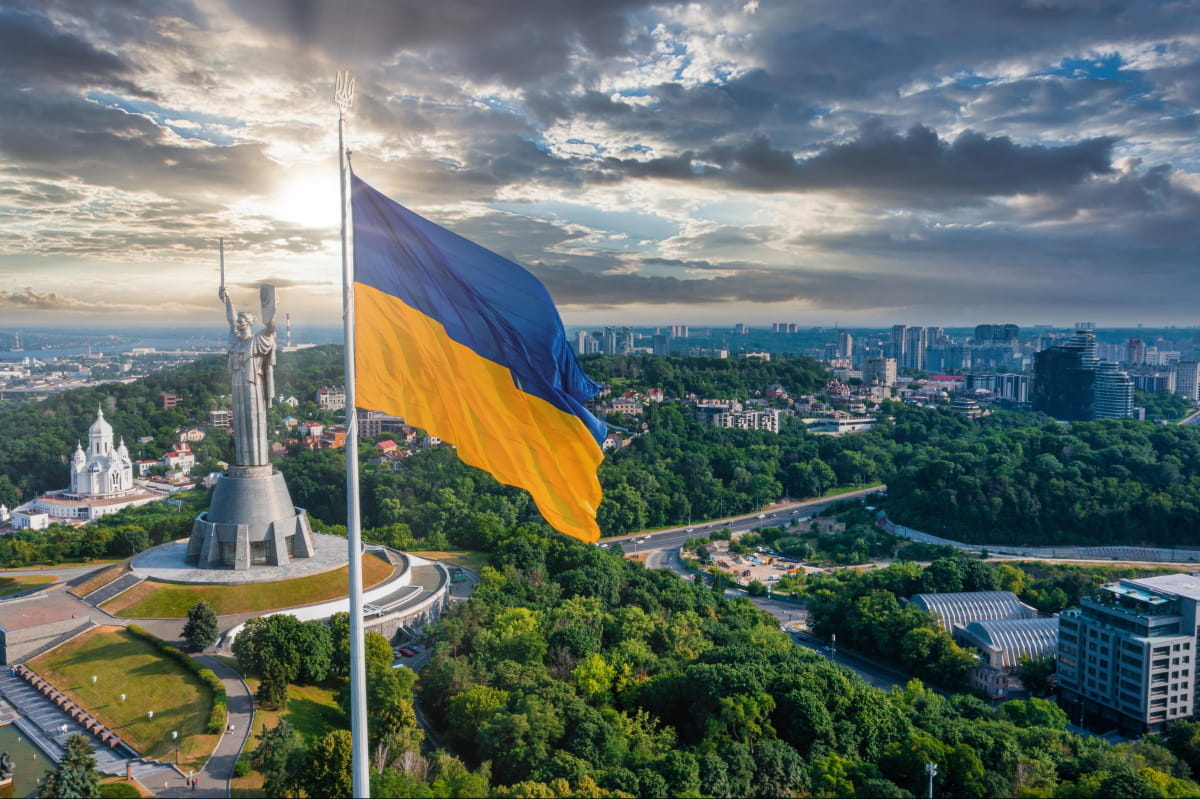 31 years of independence: a time to reflect and dream – Kyiv Post

On February 24, Russia launched its full-scale war against Ukraine. Exactly six months later, on August 24, the Ukrainians to celebrate 31 years of independence. But this year Independence The day is undoubtedly a time for not festive reflection on what has been achieved and what has not. It’s time to show your pride exploits of our defenders in the front line and worthy actions at the back. It is also an opportune time to dream – and dream big – of an economically strong and free Ukraine.

A year ago, Ukrainians shared a special anniversary – we celebrated the 30th anniversary of our country’s independence. It was a real holiday to raise a glass to Ukraine, remember its history, discuss its accomplishments and plans for the future with family and friends.

Yet, despite two revolutions and counter-terrorist operations (ATO), we were clearly a little naïve in our firm belief in justice and a happy life.

This year Ukraine turns 31. On the same day, we mark 180 days of full-scale war with Russia. In this year so far, we have grown and become wiser. We began to hate enemies more feverishly and to fear more for the lives of friends, relatives, and even strangers.

We have lived through the atrocities of Borodianka, Bucha and Irpin; the total destruction of Mariupol; repeated bombardments of Chernihiv and Kharkiv; and vile attacks on Odessa, Vinnytsia and Kremenchuk. The list continues. We felt pain and an uncontrollable desire to fight back; and we rejoice to learn of the number of enemy soldiers killed and their equipment destroyed.

We managed to rally together during the war, but I fear that we will disperse again in the political quarters the day after it ended.

During the years of our independence, they tried to divide us into Ukrainians and Russians, “Eastern” and “Western”, leftists and rightists. Today, we are finally born as a single Ukrainian political nation, ready to fight to the death for its existence.

But in the end, Ukrainians don’t need to prove anything to anyone. We are and always will be Ukrainians.

Let’s see what we have managed to accomplish in 31 years.

First and foremost, Ukraine was built as a democratic state.

Despite destructive pressure from various politicians, Ukraine’s democratic institutions have proven their viability. Periodic elections are held in which our nation votes for its preferred leader, like democracies around the world. We have experienced that sense of optimism in which we sincerely love and support our elected officials during their first year in office, then hate them just as sincerely for the rest of their terms.

We are a European country. The heroes of the Heavenly Hundred gave their lives for our first step on the long road to the European family. Without them, there would have been no revolution of dignity, and the Association Agreement between Ukraine and the European Union (EU) would not have been signed eight years ago.

Since the beginning of Russia’s large-scale aggression in February, thousands of soldiers have given their lives for Ukraine to become a candidate for EU membership. A long road of change awaits us in politics, the economy and the strengthening of the fight against corruption.

But I know for sure that – mentally – we are Europeans. And during the Soviet era, we were artificially torn from the European family, to which we are now on a difficult path to return.

The oligarchs, through control of television and party financial infusions, wield great influence over political and economic processes.

Corruption has plagued the economic body of Ukraine. We must fight it, and we do so by creating and implementing systemic mechanisms to fight corruption.

Ukraine also continues to suffer from a corrupt and unfair judicial system, which negatively affects the guarantee of citizens’ rights and business development.

But we are able to learn and create new innovative industries. In the past, the basis of our economy was metallurgy. This was joined by agriculture and today the booming computer industry is one of them. Indeed, Ukrainian IT professionals are among the best in the world.

A few years ago, Ukraine was a second-tier country on the geopolitical chessboard, vying to demonstrate its foreign policy efforts. Today, Ukraine has grown in importance and has become an influential subject of foreign policy. We shape the global agenda and set the tone for geopolitical projects.

And it’s not just to the credit of our respected diplomats. We won international hearts and minds on the battlefield by resisting Russian aggression.

I’m an idealist and I can’t stop making plans. Despite these days of pain, grief and blood, the war did not destroy my ability to dream.

I dream of a beautiful European and democratic Ukraine; a peaceful Ukraine where the life of every Ukrainian is protected and valued; a country where workers receive a living wage and retirees receive a pension; where business thrives freely and where the best education and health care are available.

No, I will not reveal all my dreams. It would be better to read the Constitution of Ukraine where the words intertwined with the dreams of our country are spelled out in full.

So what needs to happen for our dreams to come true?

I am not only an idealist, but also a realist and a militarist. Everything we dream of can come true if we win the war and can support a powerful Ukrainian army.

In Ukraine, the cult of the army must prevail, including respect for each serviceman, who must receive decent remuneration for his service.

The size of the Ukrainian professional army should always be determined according to the calculations of the General Staff of the Armed Forces. In other words, if they say we need 300,000 troops, we should maintain 300,000. We must also continue to provide a highly motivated territorial defense unit, whose members meet regularly and keep weapons at home. and ammunition.

The Armed Forces of Ukraine should be equipped with the latest equipment – aircraft of at least 4++ generation, modern air defense equipment, tanks, anti-aircraft missiles, self-propelled guns and other weapons.

You can tell everything looks expensive. Yes, it will not be cheap. But this is where a powerful economy and strict discipline in paying taxes will come in handy.

I am ready to pay dollars and hryvnias for modern weapons, but I am certainly not ready to pay with the blood of Ukrainians.

As they say – everything will be Ukraine!

Ihor Zhdanov is a co-founder of the Open Policy Foundation, a national governmental organization (NGO) in Ukraine.